Skip navigation
Retrieve a Quote My account
You are here:
16 Sep 2016

Almost a third of drivers hog the middle lane

Despite the threat of a £100 fine and three points on your licence, middle-lane hoggers continue to plague the UK’s motorways. 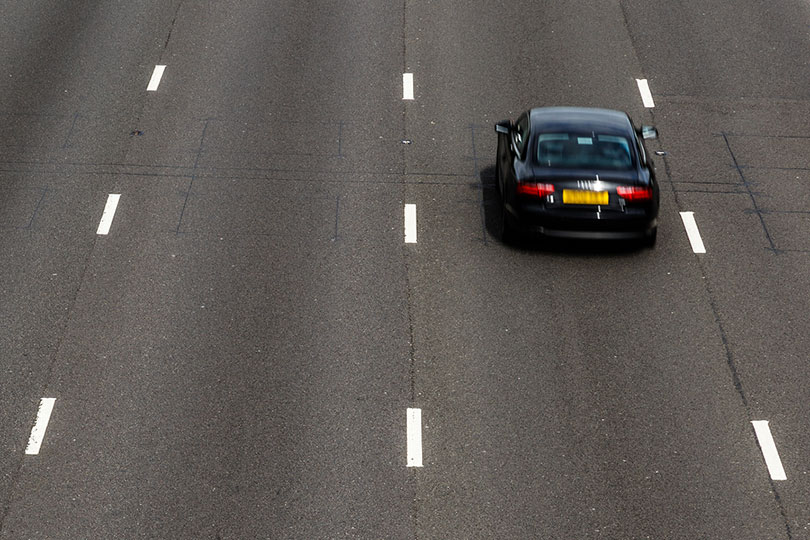 July 2015 saw the first conviction for middle-lane hogging. This is where a driver stays in the middle lane of a motorway for an excessive length of time.

Middle-lane hoggers are frowned upon by many drivers, and doing so can usually land you with penalty points and a fine.

Despite these deterrents, our new research reveals that 32% of drivers admit to hogging the middle lane.

Although middle-lane hoggers are considered “selfish” by 51% of drivers, the problem may be caused by a lack of awareness.

On-the-spot fines for middle-lane hoggers were introduced in 2013 as part of a wider initiative to tackle “careless driving”. Yet only 135 charged of middle-lane hogging have been recorded since then, according to our research.

However, this doesn’t excuse the problem. More than one in 10 (11%) drivers have had an accident or near-miss as the result of a middle-lane hogger.

Middle lanes aren’t for coasting in, because this practice can cause congestion and dangerous manoeuvres from other drivers.

Attitudes toward middle-lane hoggers aren’t friendly – it comes in as the second-biggest motorway faux-pas (15%).

Ironically, many “careless driving” behaviours come as a direct result of middle-lane hogging.

Worryingly, 42% said that they have broken the speed limit in order to overtake a middle-lane hogger.

Middle-lane hoggers caught in the act

We teamed up with Thames Valley Police to educate drivers on the dangers and consequences of middle-lane hogging.

We found that one of the biggest misconceptions about motorway driving is that there’s a “fast” and a “slow” lane. Two thirds (66%) of drivers believed this to be the case, but in truth there’s no such thing.

“There are a lot of misconceptions surrounding middle-lane hogging, so it was great to go out on the road and see how the offence is policed.

"It was astounding to see just how many hoggers there really are, clogging up the motorway when the left-hand lane was entirely clear.

“Middle lanes aren’t for coasting in, because this practice can cause congestion and dangerous manoeuvres from other drivers.

"Not only could you find yourself with a £100 fine or points, but you could put your own life and others at risk.”