Dash cams can help insurers work out who’s at fault in an accident. Some may even offer discounts to dash cam owners. Here’s what you need to know. 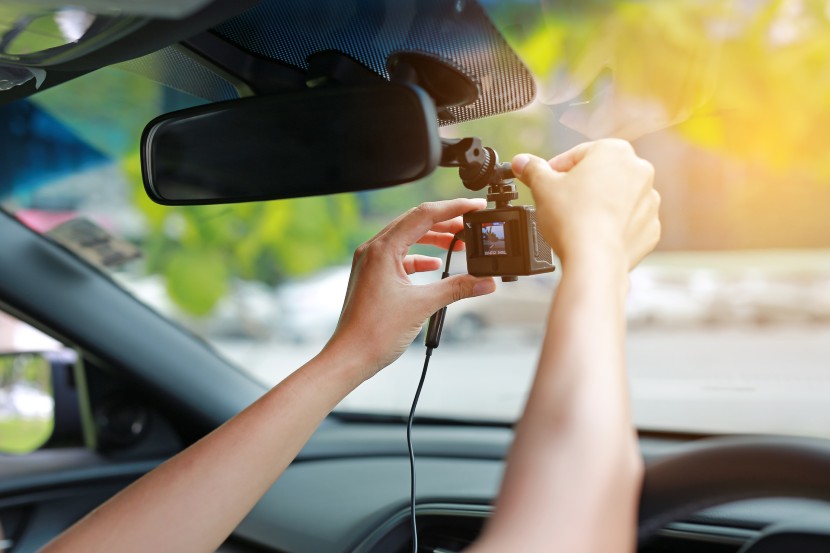 What is a dash cam?

A dash cam is a small camera that attaches to your car’s windscreen.

They constantly film the road, so any crashes or bumps are captured by the camera.

A dash cam could help to reduce your car insurance premiums too, as it shows you're happy to have your driving monitored. But more on this later.

How does a dash cam work?

Unlike a standard portable recording gadget or a mobile phone camera, a dash cam isn’t designed to be turned on or off or operated manually.

It records continuously whenever the engine is turned on, and no further input from you is required. Some have a further option that means they record only when the vehicle is actually moving.

So the good news is that you don’t need to remember to turn it on every time you get in the car. Unless you take it out of the car when you’re not using it.

What are the benefits of dash cams?

Dash cams are designed to capture footage on the road. If the camera records an accident, the footage can be used to determine who’s at fault.

This helps the authorities and insurance companies resolve the incident quickly and efficiently.

‘Crash-for-cash’ scams still happen on our roads. This is when fraudsters deliberately crash their cars for an insurance pay out.

They’ll try to pin the blame on you for the accident, so having a dash cam can help prove the accident was deliberate on their part.

Some dash cams have GPS tracking and location settings installed, giving information on where and when the accident happened. The more detail you can give to insurers and the authorities, the better.

Most dash cams come with a parking monitor. When your car’s parked, the parking monitor should automatically turn on. The camera senses the motion of the car being broken into, triggering the camera and capturing thieves in the act.

Parking sensors are often built into dash cams, too, helping you get into those tricky parking spaces.

How to fit a dash cam

Usually, the cameras come with suction cups that you attach to your window.

You should fit your dash cam on the windscreen behind your rear-view mirror. This means it won’t obstruct your line of sight and you should be able to film the whole road in front of you.

If you can’t place it directly behind your rear-view mirror, you can try placing it on the passenger’s side of the mirror.

But be careful –it mustn’t intrude more than 40mm into any part of the windscreen covered by one of the wiper blades.

Wherever you mount it, don’t just let the cable dangle down loosely on its way to the USB port or the cigarette lighter.

This can get in the way and potentially hamper your operation of the gear stick and handbrake.

Which dash cam should I buy?

The most common are forward-facing dash cams, so when you come to compare them you’ll have a wide range to choose from.

But, as their name suggests, they don’t record anything that happens behind your vehicle, so you might want to opt for a front-and-rear dash cam.

They are more expensive than forward-facing dash cams, and you might find that installation is tricky without professional help. Although some retailers might include fitting as part of the deal.

When you try to find the best dash cam for you, there are a number of things to consider.

What quality does the camera record in?

Generally, the higher the quality the better – usually 1080p will work. You’ll get a clear picture so insurers can see exactly what’s happening in the footage.

Does it have a G-sensor? This automatically detects moments of high impact. The camera will store these moments to use later, even if the SD card is full.

Does it have GPS tracking? Some cameras have a built in GPS system that shows exactly where and when the collision took place.

Is the SD card included? Footage from the camera records onto an SD card – you may have to get this separately.

As you would with any other tech purchase, check out user reviews before you buy.

Is car insurance cheaper with a dash cam?

Insurers do look favourably on dash cam users, so they might offer you a cheaper car insurance quote if you have one.

It shows them that you’re willing to have your driving scrutinised – the camera doesn’t record just other drivers.

In this sense, it’s like having telematics - or a black box - fitted in your car, so it's worth mentioning when you're getting your insurance.

“If a customer is willing to have their driving recorded, it demonstrates to an insurer they regard themselves as a more accomplished driver.

“But there are lots of dash cams available, with varied picture quality, and the insurers who are now offering discounts will only do so based on the higher-quality cameras.”

This sounds obvious, but insurers and the police will need to be able to see what’s happening on the road in the footage.

Remember-if you’ve told your insurer you have a dash cam but later make a claim without having the footage to support it, you may have to repay any discounts you’ve received. It could also invalidate your policy.

Can I use dash cam footage to support my insurance claim?

Most insurers are happy to use dash cam footage to support insurance claims, as they’re more reliable.

Geoff Rolls is a psychologist from the University of Southampton.

“Traffic accidents happen so quickly and cause such stress that it’s highly likely the recollections of the people involved will be sketchy, even without considering that people naturally interpret things to their own advantage.

“Dash cams provide a solution to this problem, and can even discourage dangerous or inconsiderate driving by making motorists accountable for their actions."

Where can I send my dash cam footage?

If you’ve got footage of a traffic accident or incident, you can submit your footage to the National Dash Cam Safety Portal.

The portal makes it easy for road users to submit footage of dangerous drivers to their local police forces.

Looking for more handy gadgets for your car?

If you’re thinking about getting a dash cam, why not also take the opportunity to see if any of these car gadgets could also be of use to you?