Fronting: what you need to know

Car insurance fronting is when someone pretends to be a named driver and not the main driver on an insurance policy.

But although it might seem like a harmless way to keep costs down, fronting is a form of fraud and is illegal – and it can result in a criminal record. 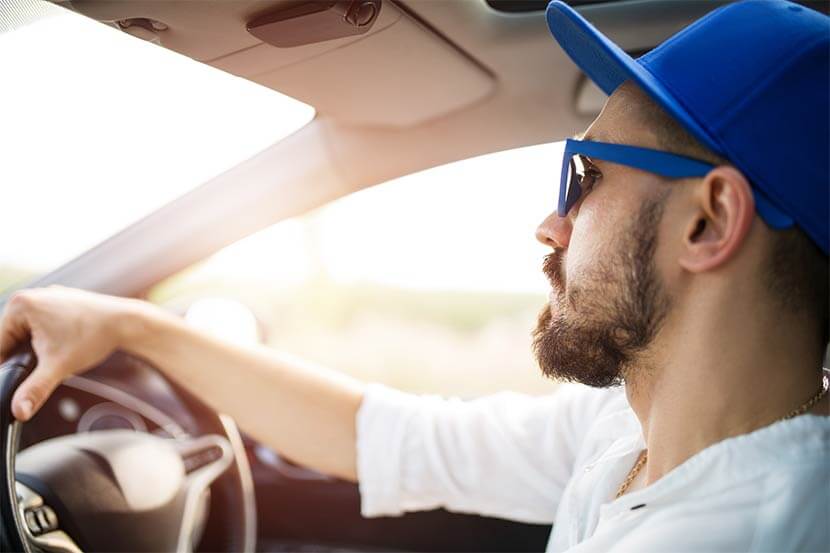 Some examples of fronting include:

While it might not seem like you’re committing a crime, fronting is illegal and it’s a form of car insurance fraud. To be clear, any way that you might lie to get cheaper car insurance could land you in hot water.

The consequences are serious and could leave you unable to drive, without insurance and out of pocket.

If someone is caught and prosecuted with fraud they could end up with a criminal record.

It could also be hard to get insurance in the future if you’re caught out, or it might be a lot more expensive.

And even if you don’t set out to deliberately lie, you can still be in trouble if you end up fronting without meaning to.

So, for example, a parent might have been truthful when the policy was taken out. But if halfway through the year they change jobs and barely use the car as a result, it might end up with a situation where the car is usually driven by a younger, named driver.

This would constitute fronting.

Why does car insurance fronting happen?

Fronting happens as a way of trying to cut costs. This is because the average cost of a car insurance policy in Q2 2022 was £554, according to our car insurance price index, powered by Willis Towers Watson.

Some parents or grandparents might try to lower that cost by putting themselves as the main driver, and listing their kid as a named driver.

But the reality might be that the parent rarely drives the car, if ever. The younger driver is the main or only person who uses the car, and by doing this you’re committing insurance fraud

Fronting could also happen by accident, if someone hasn’t kept their details up to date on an insurance policy.

If you're caught while making a claim, they could also void the claim.

This means you'd have to pay for any damages yourself, both to your car and any other vehicles.

Since car insurance fronting is a kind of fraud, many cases end up in court. If this happens, you could get:

If you've had your licence for under 2 years, that's enough for a driving ban.

Insurance companies use a range of techniques and motor insurance databases for detecting this kind of fraud when you buy a policy and begin driving.

If they don’t find out at the time of purchase, it usually comes up when making a claim.

How do I report fronting?

If you think you know of a driver who is claiming to be the main driver when in fact it’s a named driver who uses the vehicle most, you can report it to Action Fraud.

Who should be the main driver?

If you do share the car with someone else, which is perfectly legal, it might be tricky to know who’s meant to be the main driver.

As a rule of thumb, the main driver is the one who:

What’s the difference between a main driver and a registered keeper?

The registered keeper is the person who’s responsible for getting the car its tax, MOT and insurance cover.

In practice, the main driver is often also the registered keeper, but not necessarily so.

Can I be the main driver on 2 cars?

If you have driving other cars (DOC) on your car insurance policy, this could let you drive another car with third-party cover. But, if you are the main driver of this other car, you should have a separate policy for it.

When it comes to insurance, honesty is always the best policy.

Being honest makes sure that you're on the right side of the law. It also makes sure you're covered if you have an accident.

And having yourself as the main driver means you could start earning a no-claims bonus (NCB).

It still helps to have an older, experienced driver on the policy, and this might lower your costs.

But make sure the person who drives the car most is the main driver on the policy.

Find out how to legally add another driver to your policy.

How can young drivers get cheaper car insurance?

Be accurate with your mileage. If you overestimate how much you drive, you could be paying more than you need.

Change your driving style. The lower your annual mileage, the less you might pay for insurance in most cases.

If you’re driving in the day, rather than at night, and sticking to relatively short journeys this should also lower the cost.

Consider black box tech. Telematics policies offer a more tailored insurance price based on how and when you drive. They’re especially designed to help young drivers to lower their costs.

Improve your security. Adding an alarm or tracker to your car lowers the risk of theft. That extra level of security could shave a few pounds off your price.

Be organised. From looking at our data, we know buying a policy at the last minute could cost more than if you plan ahead.

If you've got an existing policy, you should get your renewal offer about 30 days before it's due. That's a good time to start comparing quotes, and leaves you with plenty of time to find a good deal.

For more information, check out our tips on lowering your car insurance costs.