But which occupation is cheapest for car insurance?

We look at how your job title can influence the price of your car insurance, and what you can legally do to save some money. 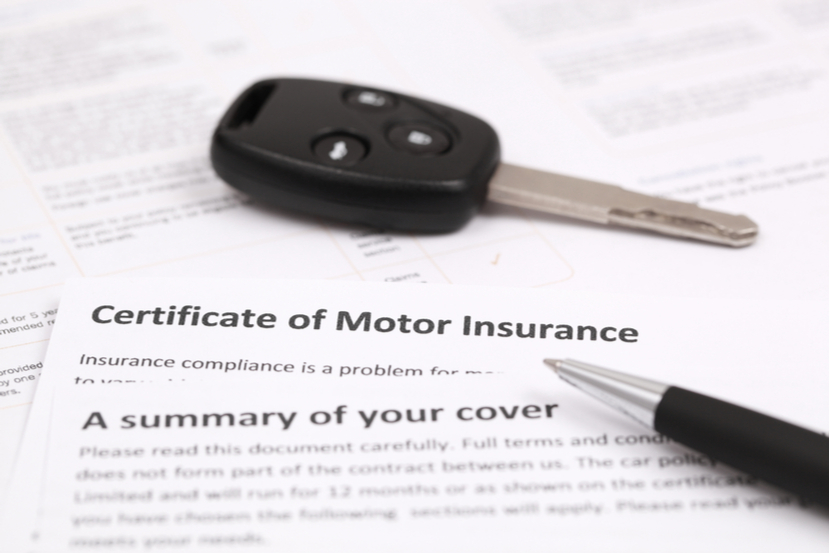 Why does my job title affect car insurance?

How job titles are classed vary between insurers. And there’s not a master list of professions to find out which are the cheapest.

Car insurance companies use data built up over many years to assess the likely risks presented by different groups of people.

This information includes past claims as defined by job title or occupation. This means you’re effectively paying a price for the driving history of a whole group of people.

Traditionally, certain jobs have been seen as higher risk. Journalists, for example, could get hit with higher prices because it’s assumed they may drive around famous passengers.

Generally, it’s safe to assume that if your occupation requires more driving it’s more likely to have an adverse effect on the price as you’re covering more miles.

More time behind the wheel increases the chance of you having an accident. It’s not an exact science, of course, but it gets factored into the calculations.

Of course, your job isn’t the only factor. Car insurers look at a variety of factors when calculating your level of risk. This includes the following:

It also depends on your accident and claims history, your driving record, and whether other drivers are included on the policy.

The whole point is to build up a picture of the likelihood of you making a car insurance claim.

What are the cheapest car insurance job titles?

The amount you pay for car insurance depends on lots of things, including your job. If you’re looking for the best occupation for cheaper car insurance costs, you need a relatively low-risk job.

Here are some of the cheapest occupations when it comes to insurance*:

Scale model makers, press officers, and the retired were also deemed low risk, on average, making them among the best jobs for car insurance.

What are the most expensive job titles for car insurance?

If your car insurance is expensive, one of the reasons could be because of your job title.

Our research revealed that these are the occupations with the highest insurance costs*:

These professions were followed by spring makers, illustrators, off licence employees, steeplejacks and footballers.

What is the best job for car insurance?

In a nutshell, jobs that don't suggest a risky lifestyle could have lower costs. Insurers have their own rules for deciding how to price policies and they’re all based around risk.

The type of job you have says a lot about you and your lifestyle. For example, if you’re a stunt person who travels a lot for work you could be seen as a higher risk than a schoolteacher who walks to work.

Insurers might not like some job titles because of the risk associated with them. Drivers with these jobs could pay higher prices and may struggle to get insurance at all in some cases. This can be because of an insurer’s risk profile or because it has hit a target for a specific job title in one area. This is so insurers can avoid insuring too many customers in a small area with similar risk profiles.

Having said that, the cost of insurance depends on many different factors. Some of these include:

Should I adjust my job title when buying car insurance?

Certain jobs can be defined in different ways. For example, a journalist may equally be classified as a writer. It’s not inaccurate to use a different title and it may have a bearing on the price of the policy.

If your occupation could have multiple accurate definitions, see which one costs less.

However, you can’t lie about your job so follow your gut feeling. If you’re describing your occupation accurately then you don’t have anything to worry about.

What occupation do I declare if I have 2 or more jobs?

You should declare each job you do. Tell your insurer if one of your roles is a main job or if you spend a similar amount of time of different jobs.

Depending on the amount of time you spend on each job, your insurer might treat your main job as being your occupation, or it might work out your costs based on the perceived combined risk of your different roles.

What should I do if my job title means higher car insurance?

If you're being quoted sky-high costs for car insurance, and it’s because you have a high-risk job, there are ways you can cut costs.

What are the car insurance occupation categories?

Historically, insurers had a list of job titles and they'd use this to price policies. However, now things have changed and there are many factors included in the price drivers pay for insurance.

Insurers base everything on risk profiles so when they see a job title they analyse how likely a person with this job is to make an insurance claim. Insurers also look at how many people in an area have the same job and this could affect the price.

This is because insurers don’t want to insure too many people living in a specific location as it increases the risk that they have to pay out if there’s an insurance claim.

Do car insurance companies check employment in the UK?

First, you must always tell the truth to an insurer. If not, your insurance could be invalid.

Although you don’t need to show proof of your occupation when you’re taking out a policy, don’t be dishonest.

The best-case scenario is that this might invalidate your insurance cover. In the worst case it’s insurance fraud. It’s really not worth taking the risk.

What happens if I change occupation during my car insurance policy?

You need to tell your employer if you change profession – but not if you’ve switched to a different company in the same industry.

If you’re unsure whether you need to tell your insurer, don’t take any chances. Pick up the phone and ask. It’s better to do this than for a claim to be refused further down the road.

Does being unemployed affect car insurance?

The bad news is that unemployed people are generally regarded as a higher risk. One reason might be because it’s expected they’re driving to job interviews or that they're using their car more.

It’s a similar situation with students. If they start working then they need to tell their insurance company as their costs may be affected.

Do I get cheaper car insurance if I'm retired?

There’s no hard and fast rule on this.

If you were previously employed in a job perceived by your insurer as being high risk, you might see your costs come down when you stop work. But if you were in a low-risk job previously, it might not have much of an impact on your price.

There are other factors affecting older drivers. Some insurers might consider them as being more at risk of having a prang. But if you’ve been driving for many years and you’ve got an unblemished claims history, that could work in your favour.

In a nutshell, you might get cheaper car insurance when you're over 70, but your age and the fact you’ve stopped working is only one of several factors that insurers take into account.

How else can I get cheaper car insurance?

If your costs are coming up higher than expected it’s worth having a chat to your insurer to see what can be done.

There are various ways you might be able to get cheaper car insurance.

For example, some could make a reduction if you agree to restrict your annual mileage. Others may cut the cost if you don’t use your car for work purposes or commuting.

It’s also worth shopping around and comparing car insurance prices using sites like ours. If your insurer isn’t giving you the best price, it may be time to switch to a cheaper policy.