Who and where in Great Britain has the most penalty points?

In Great Britain, you could be issued with penalty points on your driving licence for reasons such as speeding, driving without insurance and reckless driving.

Penalty points are there to penalise those who break the law, act as a deterrent against dangerous driving and keep us all safe on the roads. Repeat offenders with too many points run the risk of having their licence revoked completely. On top of this, having points on your licence is likely to drive up your car insurance costs too. 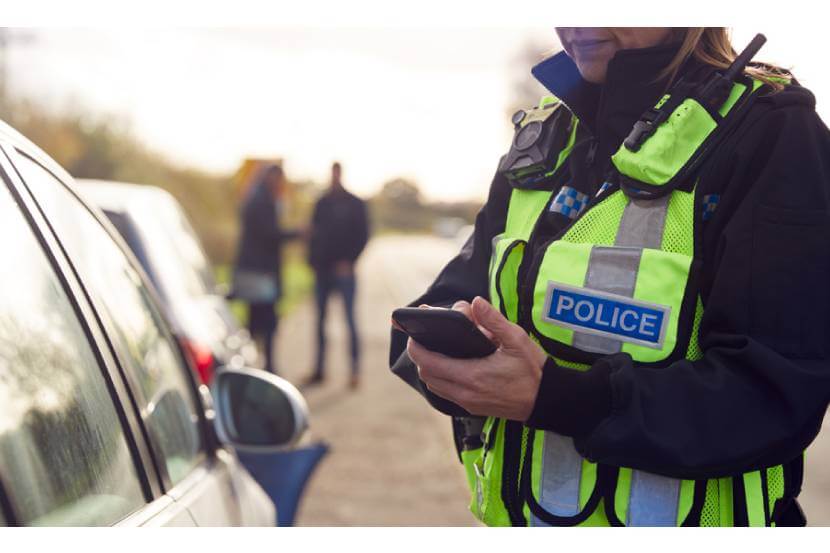 We’ve taken a look at the demographics of Great Britain’s penalty point holders to see who are the worst drivers. 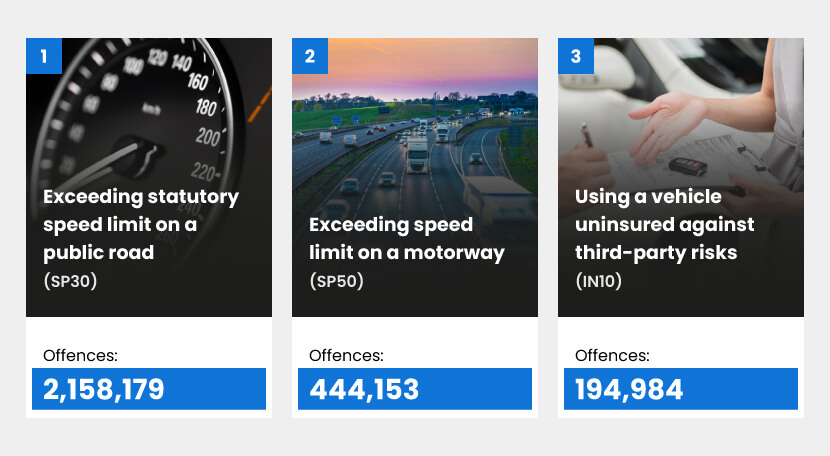 By a long distance, the most common offence that causes people to pick up points is for speeding on public roads (not including motorways). Over 2 million people have points on their licences for speeding, which is twice as many as all other offences combined.

Speeding on a motorway is a separate offence and comes in second place, with around 444,000 offences. Speeding on the motorway carries heavier penalties than doing so on other roads.

If you’re prosecuted in court over the offence, you could be fined between 25% and 175% of your weekly income.

The third-most common offence is driving without insurance, with just under 195,000 people having points for this. Driving without the proper insurance policy is a criminal offence and drivers may be punished with a £300 fine and 6 penalty points.

Which age groups are most likely to have points?

Those under 19 had the least, by some distance, with 352 per 100,000 drivers having points. However, 80% of licence holders of this age hold provisional licences and are yet to pass their tests.

The age group with the second-lowest proportion of penalty point holders is the oldest group, those aged 95 and over. 2,186 drivers per 100,000 aged 95 and over have points on their licences. 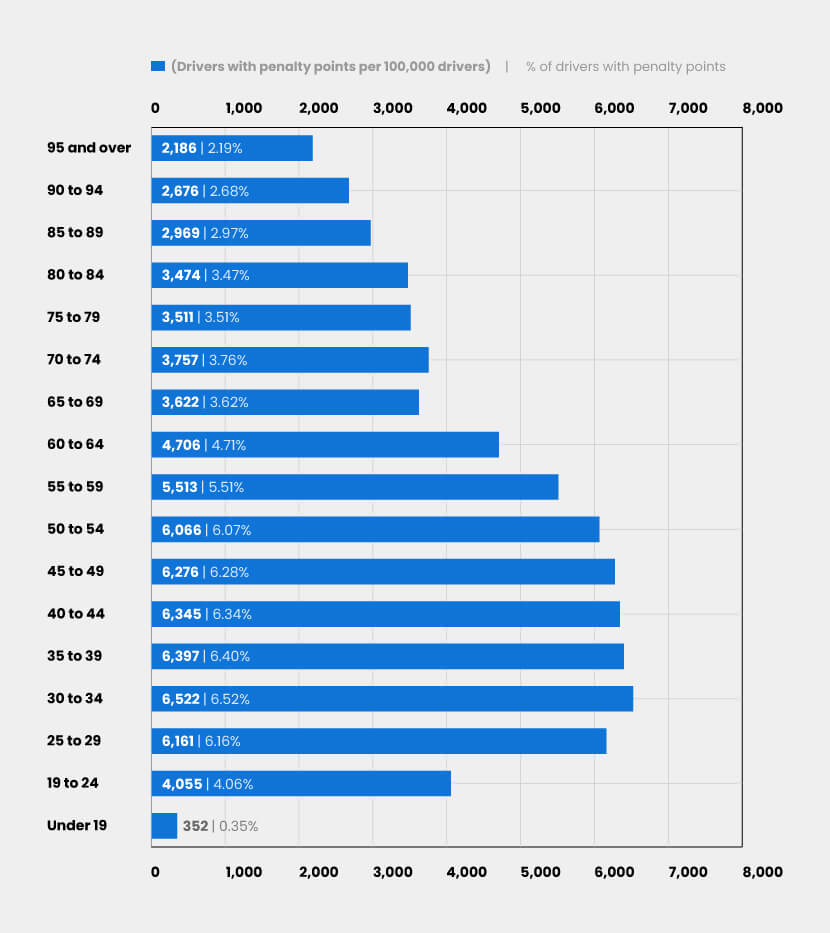 Are men or women more likely to have points on their driving licence?

When it comes to the difference between men and women, there’s actually a fairly big difference in the number of penalty points accrued.

In total, 7.16% of male drivers have points on their licence, compared to just 3.19% of female drivers.

While there are roughly similar numbers of men and women on the roads (26.4 million compared to 24 million), 1.9 million men have points compared to around 766,000 women.

Which areas in Great Britain have the most points on their driving licences?

Penalty points data is split into postcode districts, which are based on the first part of your postcode. But which areas of Britain are the worst offenders when it comes to driving?

The postcode district with the most points is TD12, in Berwickshire. Only 25% of drivers (249) here have points on their licences but the population of the area is just over 1,000 people. This means that over 2,000 per 10,000 people have points on their licence. Located right on the Scottish-English border, TD12 is a rural area. The main town in the area is Coldstream, which gives its name to the famous Coldstream Guards.

Located in York, specifically around the town of Boroughbridge, drivers living in the postcode of YO51 came second on our list.

It’s an area with a population of just 5,500 people, yet there are 563 drivers with points, (1,018 per 10,000 people). The A1 at Boroughbridge is known for being a speeding hotspot and has been specifically targeted by traffic police in the past.

The area in third place is located just outside of London, not far from Heathrow Airport.

The SL0 postcode is found in Iver, Buckinghamshire and has 990 drivers per 10,000 with penalty points on their licences.

“Penalty points are designed to keep roads safe and protect motorists, pedestrians and cyclists by acting as a deterrent against unsafe driving. A driver could lose their licence if they build up 12 or more penalty points within a period of 3 years. Not only this, but, the more points you have, the higher your car insurance could be.

“If you find yourself with points on your licence, there are occasions where an alternative to points may be offered. For example, you can accept a short ban of around 14 days. Also, if issued with a speeding ticket for driving between 10% plus 2mph-9mph of the limit, you might have the option to take a speed awareness course. This is instead of getting the points on your licence. However, you’re only offered a speed awareness course if you meet certain criteria and it depends on how serious your speeding offence was.”

Data on the number of drivers with penalty points by age, gender and postcode district were all sourced from the Driver and Vehicle Licensing Agency’s (DVLA) GB Driving Licence Data. Data correct as of 9 July 2022.

The populations used to calculate the drivers per 10,000 people in each postcode district were sourced from Nomis.

Data on the most common offences was sourced from a Freedom of Information request made to the DVLA.