Vehicle excise duty (VED) - also known as car tax and incorrectly called road tax - is a tax most drivers have to pay depending on their car's emissions. In short, the lower your emissions, the less tax you have to pay.

So, if you buy a gas-guzzler you might expect to pay a considerable amount for it. An electric car should be cheaper, though.

The rules around how much you pay depend on how old your car is. It's nothing short of confusing, so here's what you need to know. 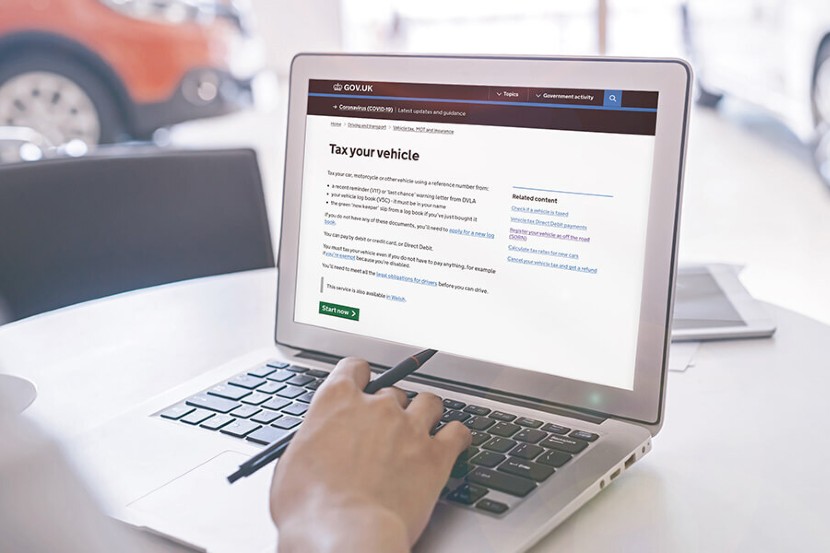 What is car tax and why do I have to pay it?

Car tax is a fee you pay to drive a car that gives off emissions. When you first register a car, there's an initial VED cost. The amount you pay depends on the car's carbon dioxide emissions. You then pay an annual fee for as long as you're using the car.

This is for all petrol, diesel and hybrid cars. Until 2025, pure electric cars pay no tax, since they give off no emissions.

Diesel cars pay more than petrol cars as they give off more emissions. 'Clean' diesels - those that meet RDE2 standards - pay the same as petrol cars.

Originally, money raised this way was directly put back into road maintenance - hence the old name 'road tax'. But this hasn't been the case since 1937.

Now, money raised through car tax goes into the Treasury instead, and is redistributed to several projects including road maintenance.

So, paying car tax helps benefit society. It's also a legal requirement. Failure to pay your car tax could result in an £80 fine (or £40 if you pay it in the specified period of time).

However, if you’re stopped by the police and they discover you haven’t paid your car tax they could issue you with a fixed penalty notice of £1,000.

And if you don't have valid car insurance, you could face even tougher measures. So when you pay your car tax, it may be worth checking your car is insured at the same time.

This system only applies to cars bought as brand new and registered after April 2017:

After that first year, all petrol and diesel cars registered after April 2017 have to pay a flat fee of £165 a year. For alternative fuels other than pure electric, it's £155.

For cars registered before April 2017, the car tax scale splits into 13 bands (A to M).

How much car tax you pay depends on what car tax band it falls into.

You can expect to pay anything from £0 to more than £1,000 depending on their car’s eco credentials.

VED tax cost for cars or vans registered before March 2001

If your car was registered before March 2001, you pay car tax based on engine size.

What cars are exempt from paying VED?

Not all cars have to pay car tax. You might be exempt from paying VED if your car is:

Even if your car is exempt from paying VED, you still need to tax it.

But electric cars will no longer be exempt from tax after 2025. This comes after the 2022 autumn statement from chancellor of the exchequer Jeremy Hunt.

What tax band is my car?

Not sure which car tax band you’re in? Don’t worry. To find out the emissions of your car, new or used, visit the GOV.UK website.

It’s also possible to check your vehicle tax status on the same website.

How do I pay car tax?

There are a few ways to pay your car tax.

Online is your quickest and easiest option. You need your V11 reminder reference number or registration certificate (V5C).

You can also pay:

The costs might vary within the same band depending on how you choose to pay your tax.

For example, it’s cheaper to make an annual payment. If you pay monthly or 6-monthly you’re charged an additional 5%.

If you aren’t going to be using your car for a while, you can apply for a statutory off road notification or SORN. While your car is off the road you won’t need to pay any VED and you only need to renew your car tax before you start driving it again.

When you apply for a SORN you get a refund for any full months of remaining tax. The only time you can drive your car when it’s declared off road is to go for an arranged MOT or for any other vehicle test.

Get caught driving a car that's been SORNed and you could be hit with a £2,500 fine. You can apply for a SORN online.

Is car tax the same as road tax?

Many people still call VED ‘road tax’, and often use this phrase to ask why some road users - usually cyclists - don’t pay tax.

But VED isn’t a tax on being able to use the road in the same way that you pay to use a toll road.

The tax is there for all vehicles that produce carbon emissions. This is why cyclists and electric car users don’t pay VED.

The rules on tax are a little different for van drivers. Rather than being dependent on their CO2 emissions, van tax is a set fee depending on how old the van is.

Different tax rates apply for other motorised vehicles. As emissions are lower you don’t usually have to pay as much as you would for a car or van.