Around one in five road traffic collisions involve an uninsured or untraced driver, according to the Motor Insurers’ Bureau (MIB). And the costs of accidents from uninsured drivers adds around £30 to your insurance price.

So, what happens if you get a prang in a car park and the driver either takes off or doesn’t have insurance? All is not lost. Here’s what you can do. 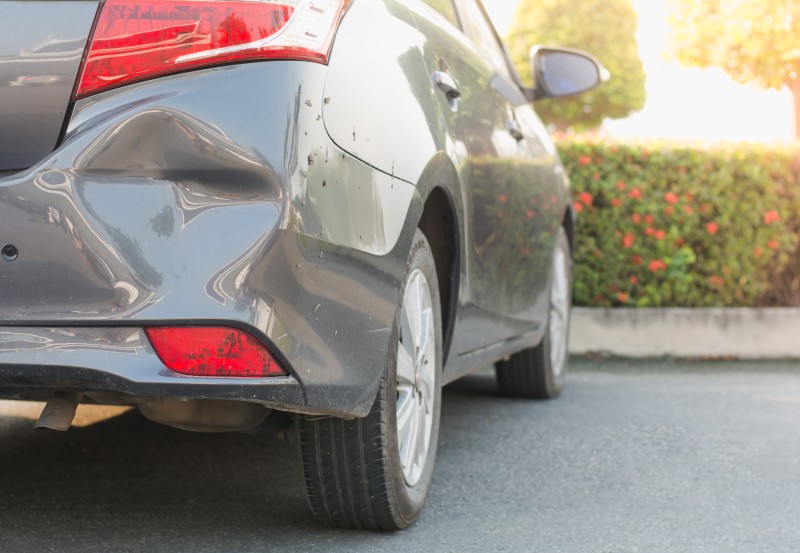 What do I do if an uninsured driver hits me?

The first thing to do is take as many details as you can, including:

Get in touch with the police as soon as you can and let them know that the other driver doesn’t have insurance.

If you're injured in the accident, you’ve got 14 days to talk to the police. If there’s any damage to property, you need to do this within five days.

Drivers with comprehensive car insurance could still make a claim on their policy - even if the process may be more complicated.

If you only have third-party fire and theft you can make a claim with the Motor Insurance Bureau. They specialise in handling cases where one driver doesn’t have car insurance.

The MIB should try to reclaim the costs of the accident from the third party where possible.

Will my no-claims discount be protected if hit by an uninsured driver?

If you’re hit by an uninsured driver you might still lose some of your no-claims bonus. This is because the claim would need to be paid by your insurance company in the absence of an insurance policy for the driver that was at fault.

But there are some insurers that might protect your no-claims discount in this situation, so check your policy to find out.

What do I do if I hit an uninsured driver?

If you’re at fault in this scenario, the other driver should be able to claim from your insurance policy. The fact that they’re uninsured shouldn’t change that.

If you have a comprehensive car insurance policy, you could also claim to cover damage to your car.

You could still report them to the police for not having insurance, though. Call 101 or use your local police force’s live chat facility if it has one.

What do I do if the other car drives off after hitting me?

In situations like these, the other person is an untraceable driver.

This is a bit more difficult, since you have no details to take to your insurer.

You should still get in touch with the police and your insurance company.

You’ll need to make any claims for property damage within nine months of the accident. There’ll usually be a £300 excess on these claims. Claims for personal injury need to be made within three years.

Before the MIB can accept your claim, you have to prove that the other driver’s negligence caused the accident.

This could include witnesses, CCTV footage or a recording on your dashcam if you have one. Taking photos of the damage to your car or markings on the road that are a result of the accident might also support your claim.

Will my claim be successful if I’m hit by an untraceable driver?

The MIB should work with your insurance company and the police to work out who’s at fault for the accident.

If they find that you were at fault – either wholly or partially – they might reject or reduce the amount of your claim.

But they won’t throw out a claim purely because you can't find the other driver.

There are some situations where the MIB might be more likely to reject a claim:

How to check if I’m insured?

Driving without insurance is illegal. You could get a £300 fine and six penalty points on your licence.

If it goes to court, the fine could be unlimited, and you could be banned from driving.

So, if you’re not 100% sure , you might want to check if your car has valid car insurance.

It’s also important to know that you might not automatically be insured to drive somebody else’s car - even if you have comprehensive car insurance.

You can only drive another person’s car if your policy includes ‘driving other cars’ cover, or if you’re a named driver on the owner’s policy. So, check first before you get behind the wheel of somebody’s else’s car.

If you do need to drive somebody else’s car and aren’t insured, it's possible to quickly arrange temporary car insurance.