The cost of car insurance went up by 14% over the past 12 months. The average cost of a comprehensive car insurance policy is now £586 - an increase of £72 over last year. That's according to our car insurance price index, powered by Willis Towers Watson.

But why have these costs gone up, and who's been hit hardest? Let's take a look. 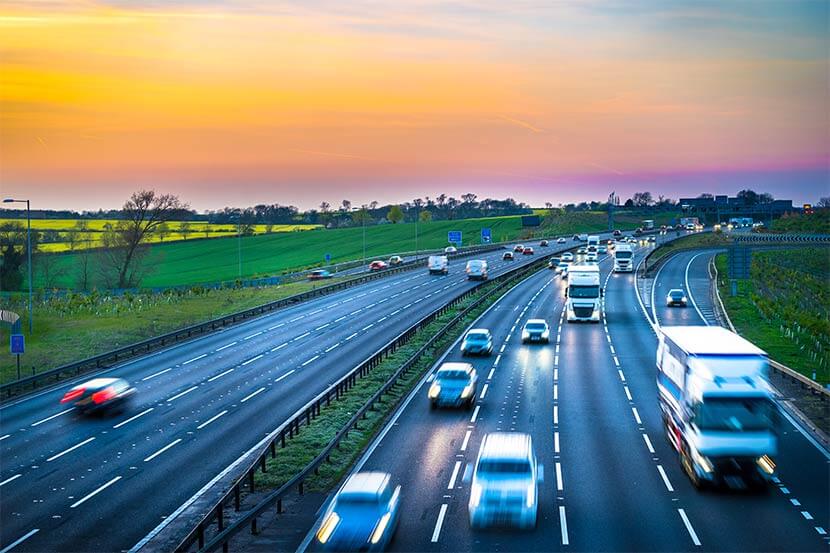 Have car insurance costs gone up in 2022?

Our research also shows a quarterly increase in the cost of car insurance. Prices are £32 higher in September 2022 than they were in the previous 3 months.

Why has car insurance gone up?

Car insurance prices saw a steady fall in each quarter in 2021, possibly as a result of shifting driving habits during the Covid-19 pandemic. With more people working from home and fewer commuters, it stands to reason that there might be fewer accidents and less risk on the road.

In fact, drivers reported cutting their annual mileage by more than 40% during the 2020 lockdown**. And police forces across the UK reported a 26% drop in the number of road accidents they attended.+

What is the average cost of car insurance?

How have car insurance prices changed over the past few years?

Car insurance costs started to creep up during 2019. But then the nationwide shift in driving habits during the pandemic helped to keep prices in check. And as we start to return to the way things were, we're seeing prices going up again.

Insurance ‘loyalty penalty’ scrapped but customers could still save

Before this, insurance companies often gave discounted policies to new customers. This usually meant that loyal customers saw higher prices to compensate for this.

Now, insurers can't penalise existing customers in this way. But that doesn't mean that you're guaranteed to get a cheaper policy.

This is why it's still worth shopping around. Even if your renewal isn't as high as you thought, or is only slightly more than the previous year, there are still savings to be made.

Male drivers saw their prices rise more than women. Their car insurance costs were £79 more than last year. They're paying £628, on average.

Female drivers saw a smaller increase of £60 compared to last year. They're currently still paying less than men for their insurance, at £516, on average.

The EU Gender Directive means insurers can't work out insurance prices based on whether a driver is male or female. But there are other risk factors that mean men could have higher car insurance costs.

For example, male drivers tend to drive more expensive cars, with bigger engines and newer technology. This usually makes for higher-value claims in the event of an accident.

This goes some way to explain the £112 gap in car insurance costs between men and women.

It's widely known that young drivers tend to have much higher insurance costs than older, experienced drivers. Drivers aged 18, for example, paid £1,581 for their policies - almost triple the national average and £202 (15%) more than last year.

The sting of these prices hikes seem to have less of an impact as drivers get older. For example, drivers aged 69 paid £332 for their policies - a £32 (11%) increase on last year.

When will the cost of car insurance be reduced?

It's often thought that your car insurance costs plummet once you hit 25 years of age. While this isn't always the case - and is one of the more common car insurance myths - at a national level there might be some truth to it.

According to our research, car insurance costs tend to dip below the £1,000 mark once drivers reach the age of 24.

But younger drivers don't need to wait around for their car insurance costs to go down. There are several ways you can cut the cost of your car insurance yourself. This includes:

For more tips, take a look at our guide on how to get cheaper car insurance.

Other motoring costs on the rise

In addition to this quarterly rise in the cost of car insurance, other motoring costs are also on the up.

According to our fuel price index, fuel prices had been rising since August last year, peaking in July 2022 before starting to come down again. Petrol costs £1.62 per litre, and diesel costs £1.81, on average (prices correct as of October 2022).

You can check petrol prices in your local area and see if you can get cheaper fuel elsewhere. And there are ways you can improve your fuel economy too.

“With concerns over the rising costs of energy, fuel and even food, millions of us will be looking for new ways to number-crunch and save money where we can.

“Research shows that customer loyalty doesn’t always pay off, which is why it’s always encouraged to shop around and see what else is out there.

"I can't emphasise enough just how important it is to take time, do your research and compare insurance prices. You might be missing out on fantastic deals and it will really help in the long run.”

+ Confused.com issued a Freedom of Information request to UK police forces requesting the number of road traffic accidents reported in 2019 and 2020.