Skip navigation
Retrieve a Quote My account
You are here:
23 Jun 2021

Complaining to your ombudsman about your insurance 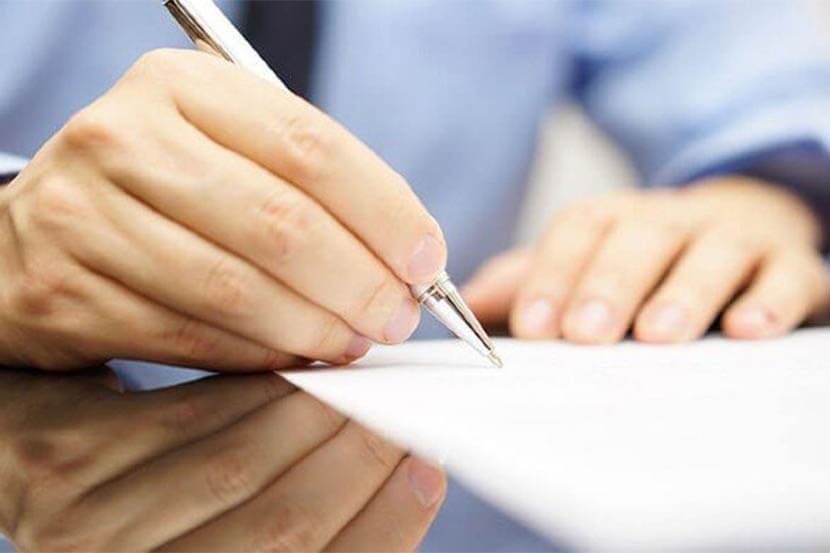 Thinking of complaining to the financial ombudsman about your vehicle insurance? Here’s what to expect, along with some tips on how to avoid a complaint escalating.

If you’re unhappy with anything to do with your car insurance, you should always take the complaint to your insurer before anyone else.

But if you don’t think their response is satisfactory, you can take your complaint to the Financial Ombudsman Service, which is committed to resolving disputes in a fair and impartial way.

Although the vast majority of motorists never complain about their car insurance, the ombudsman still deals with thousands of complaints every year.

Make sure to carefully compare what’s covered by car insurance policies before you decide on taking one out.

That way, you can hopefully avoid disappointment and potential disputes further down the line. After all, policies can vary a lot – both in what they cover, and in their terms and conditions.

Let’s take a look at some of the most common complaints that people get in touch with the financial ombudsman about.

The financial ombudsman says that many of the complaints it receives are from customers who are unhappy about how their insurer has dealt with repairing a vehicle after an accident.

In this sort of complaint, the insurance ombudsman may want to look at evidence like photos, claim notes and engineers’ reports.

However, if something appears unclear, they may ask for additional evidence, including an independent expert view.

According to the ombudsman, customers and even insurers can be unclear about who's responsible for what’s gone wrong on a vehicle repair.

Working out who is responsible for the repair is key:

Generally, if your policy says the insurer will arrange the repair, then they’re responsible for the quality of the work.

But if your policy simply offers to reimburse you for the cost of the repair and you arrange that repair, then the insurer isn't responsible if the work is below par.

So, it’s important to read through the small print of the policy document and ensure you're familiar with who's responsible for carrying out repairs – you or the insurer.

When you’re comparing car insurance quotes from different insurers, you should check how long they guarantee repairs for, as it does vary.

Complaints about valuations or how a vehicle was written off are some of the most common disputes the ombudsman deals with.

The ombudsman says most complaints in this area involve disagreements about the market value of the vehicle.

In other words, the price a car would’ve fetched through a reputable dealership just before it was damaged or stolen.

Insurers declare a car a ‘total loss’, or what’s known as a write-off, when it’s not worth repairing.

Many drivers wrongly believe that they can claim the amount their car was originally worth, rather than what it was worth at the time of the accident.

However, you can protect the shortfall between what the car was worth just before the accident and the original value with what’s known as ‘gap insurance’.

You might want to take out this cover if you paid a lot for your vehicle, or to cover the finance payments for your car in the event of an accident.

For valuation complaints, the ombudsman tends to look at trade guides to find out what a vehicle might be worth.

They may also ask you for independent engineer or expert reports. These reports could include:

According to the UK insurance ombudsman, many complaints in this category arise because the insurer or the customer has made a mistake.

In other words, the valuation that’s being disputed is based on the wrong details. So it’s vital that the insurer records the vehicle’s details correctly.

If the ombudsman believes the customer is out of pocket due to the insurer’s mistake, then it’s up to the insurer to put things right.

If they think the insurer’s valuation is unfair, they will usually tell them to increase it and add 8% interest to the adjusted figures.

Where the car insurance ombudsman believes a vehicle has been scrapped without the owner’s permission, it can tell insurers to compensate the owner for any distress or inconvenience.

And for any items that were inside a car when it was scrapped, if they weren’t removed.

If you think your insurer has provided a low valuation offer, you can challenge it. Take a look at our guide to find out more about car depreciation.

Sometimes an insurer will refuse to pay out on a claim because it says the owner misrepresented information when they took out the policy or failed to disclose something important.

“We see cases where consumers don’t disclose a modification made to their car – something which might affect the car’s risk profile, as well as the premium the insurer would have asked for had it known about the alteration.

We also see cases where consumers have changed their car mid-way through the policy term, but don’t update their insurer,” says the ombudsman.

The insurer may find something that they think suggests a customer misrepresented information when they took out a policy.

If so, they might say that they would have acted differently if the customer had provided true answers.

Complaints in this area frequently happen because customers say they didn’t misrepresent anything. People can feel that their insurer has treated them unfairly by either not meeting their claim or by altering the terms of their policy.

It’s then up to the ombudsman to decide if the insurer acted fairly when they decided there’d been a misrepresentation.

If a customer says they’ve been treated unfairly, the ombudsman will consider the insurer’s obligations under The Consumer Insurance Disclosure and Representations Act 2012.

The ombudsman will look at whether:

If you’re unsure about any questions the insurer asks you before you take out the policy, including what constitutes a modification, let them know that you need more information before taking out the policy. You should also make a note of the conversation.

An insurer may want to reject an insurance claim because a customer failed to disclose some important information.

If so, the insurer should be able to show that it asked the customer clear questions when they renewed the policy.

However, sometimes the onus is on the customer to let the insurer know about a change in their circumstances.

Insurers often renew policies without asking customers any specific questions other than their credit card details. But you should be open and upfront about changes to your circumstances.

Check the policy booklet that was issued to you when you bought cover. It should explain what you should tell your insurer and when.

And when it comes to renewing your policy, it’s best to be upfront about changes to your circumstances, including any driving convictions.

A 'fault claim’ is any claim where the insurer has paid out to the policyholder or to a third party, but hasn’t been able to recoup the costs.

It doesn’t have anything to do with who was at fault in an accident that led to a claim. It's just based on whether the losses can be recovered.

But having one of these on your records could mean you will lose your no-claims bonus and face higher insurance premiums.

Many customers contact the ombudsman because they’re confused about why a fault claim has been put on their records, when an accident wasn't their fault.

“They’re usually unhappy because they’ve lost their no-claims bonus or no-claims discount, or because their premiums have increased,” says the ombudsman.

Because no-claims bonuses and the way they are applied varies between insurers, every case has to be considered individually.

Common types of complaints about fault claims include:

Sometimes motorists think they have a certain amount of no-claims bonus but when they move to another insurance company, it turns out to be less than they thought.

Make sure to check with your insurer to find out how they look at named driver no-claims bonus before you shop around for a new deal.

When there’s been a misunderstanding or confusion about fault claims and no-claims bonuses, the ombudsman will look at the policy terms. They’ll think about how the insurer highlighted this information to the customer when the policy was sold.

The ombudsman may also look at whether the sales process was unclear and how this may have affected the customer.

Who can I contact to complain about an insurance company?

If you have a complaint about an insurance company or claim, you can lodge it with the Financial Ombudsman Service.

You can contact the ombudsman about complaints by email: complaint.info@financial-ombudsman.org.uk. They also offer a helpline service between 8am and 5pm, Monday to Friday: 0800 023 4567.

How to make a complaint to the insurance ombudsman

You should give the insurer a chance to sort the issue out first before you complain to the ombudsman.

The insurer must usually respond to your complaint within eight weeks. If you’re still unhappy, you can take the complaint to the ombudsman, but you must do this within six months of receiving the insurer’s final response.

What are my options if I'm not happy with the ombudsman’s decision?

The ombudsman’s decision is final and, if accepted by the consumer, will also be legally binding on both the insurer and the consumer.

Because the decisions are final, they can't be reviewed by another ombudsman.

As a public body, the ombudsman can be judicially reviewed by the courts – though this would generally focus on the way the ombudsman arrived at its decision, rather than the facts and merits of the case itself.