The ability to drive other cars on your policy isn't something that's always automatically included. In fact, not all providers even offer it as an option. 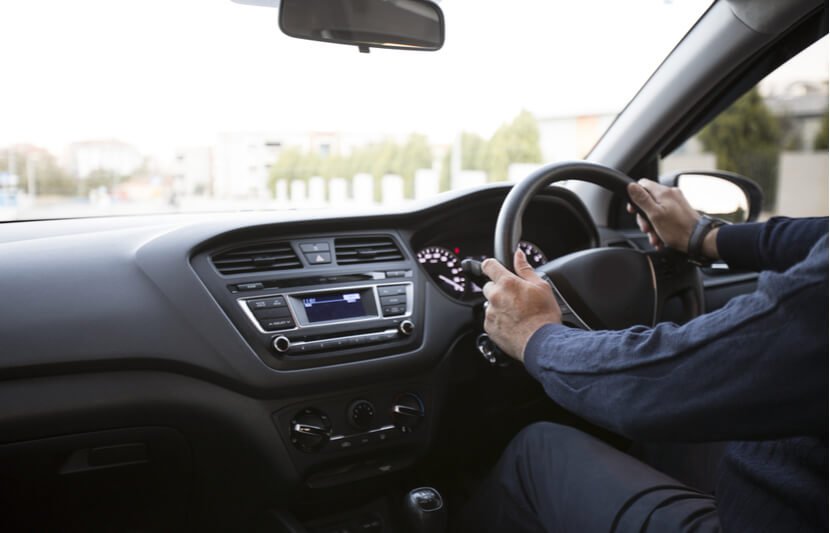 A friend is in a pickle and needs someone to drive their car home. You think to yourself “Great, I have fully comprehensive cover so I can drive another car on my insurance,” and off you toddle.

But, actually, do you have driving other cars (DOC) on your policy? And was that jaunt in your friend’s car actually legal?

What is ‘driving other cars’ insurance?

'Driving other cars' is a clause in your policy that allows you to drive someone else’s car without being a named driver on their policy.

It’s important to understand that if such a clause isn’t included, you aren’t covered to drive other cars – even if your insurance policy is fully comprehensive.

If you do drive another car without being insured, you’re breaking the law – and you risk a hefty fine, penalty points and possible disqualification.

If I have fully comprehensive car insurance can I drive any car?

No. There was a time when many fully-comp policies automatically gave you third-party insurance to drive any car, but those days have gone.

So even if you're fully covered for your own car, don't assume you're insured to drive other people's cars otherwise you risk breaking the law.

Before getting behind the wheel of another car, speak to your insurer to find out what the situation is.

If necessary, ask them about adding a clause to your policy – not all insurers offer that option, but many do.

What do I need to do to get DOC on my policy?

To get DOC insurance on your policy and be able to drive someone else’s car, you’ll need to meet some requirements typically set out by insurance providers, including:

It also needs to be stated on your certificate of motor insurance that you have the DOC extension.

How is ‘driving other cars’ cover different from adding a temporary driver?

DOC cover is there for emergencies – such as if a friend has had an accident and needs you to drive them to hospital.

It’s the lowest level of cover (third-party only). If you have an accident, the policy will cover only damage to the other car. You would be liable for the damage caused to the car you’re driving.

An alternative would be to be added to the other car’s policy as a temporary driver with fully comprehensive temporary car insurance.

This provides longer-term cover, as opposed to DOC cover, which is designed for occasional, infrequent events.

For instance, if you have a child home from uni for two months and you want them to be able to use your car. Adding them as a temporary driver would let them do that whereas DOC cover wouldn’t.

Not sure if you have the right cover to drive somebody else’s car? Don't drive!

Before you get behind the steering wheel of the car you want to drive, make sure you have DOC cover. Call your provider and ask them, and check your certificate of motor insurance, too.

If you're pulled over by the police while you’re driving another car and it turns out you don’t have DOC cover, you’ll be facing some serious consequences:

You’ll get 6-8 points on your driving licence for being convicted of driving without insurance. If you’re within your first two years of driving, that’s enough to lose your licence even if your previous record was unblemished.

You’ll face a fixed-penalty fine of £300, and if it goes to court you could be fined much more.

It’ll increase the cost of your car insurance – if you can even find an insurance provider to give you a quote in the first place, that is. Many insurers won’t cover drivers with this conviction as they’re considered to be too high risk.

What can I do if I don't have driving other cars insurance?

If you don’t have DOC on your policy – whether that's because you’re too young or because your provider doesn’t offer it – you still have options:

Ask the other policyholder to add you to their policy as a named driver. You’ll have the same level of cover as them.

They can add you to their policy as a temporary driver. You could be on there for a week or a month, whichever is relevant.

You can take out a temporary car insurance policy on the car you want to drive – you can do this from just one day before you need it.

There’s one further option that might, in some circumstances, help you. The owner of the other car can apply for any-driver car insurance – cover that allows anyone else to drive the named vehicle.

This sort of policy might appeal to a business that has several people who need to drive the same car, for example.

But even with any-driver car insurance, there are likely to be restrictions on who can get behind the wheel, such as a minimum age requirement.

Can I drive a van on my DOC insurance?

Technically this can be done, but good luck in trying! DOC cover is rarely provided for driving a van.

This is partly because the definition of a van is very broad - it can be nearer to being a lorry than being a car.

It also risks allowing the driver to stray from personal use to commercial use, which would require a different policy completely. DOC cover is not designed for commercial use.

Can I drive my partner’s car?

As with all other cars, you can do this if you have DOC insurance or you are a named driver, although this shouldn’t be a long-term solution. Check the wording of your insurance policy to make sure you know what you’re covered for.

Can I drive someone else’s car in an emergency?

The normal rules apply, even in an emergency. You can drive someone else’s car if you have DOC insurance or you are a named driver, but otherwise you mustn’t do so.

Can someone else drive my car?

In the same way that you must have proper insurance cover if you want to drive another car, other drivers must :