Learn more about who our product experts and spokespeople are

Our product experts work with our editorial team to ensure we’re giving you the most up-to-date insight and advice around the products we compare.

Our experts see the challenges and confusions some customers face around insurance and personal finance products. Alongside our internal teams and external partners, they work to remove these confusions and provide simple solutions that save time and money.

Louise trained as an accountant at PWC before taking up a role as a Strategy Consultant at Fujitsu Services. Louise then joined Admiral Group in 2009 and spent two years at Confused.com as Business Development Manager and Finance Director. She became our CEO in 2017.

Louise is passionate about righting the balance between customers and financial service providers. Part of this involves empowering people to make more informed financial decisions. As our spokesperson Louise regularly appears on TV and radio, having notched up appearances on Sky News, BBC Breakfast, LBC, BBC 5 Live and BBC Radio 4 to name a few.

As if Louise’s CEO role isn’t busy enough, she also chairs the FinTech Wales board, the Insurtech 2.0 board and is the non-Exec director of CFC Underwriting. She’s also the driving force behind our work to become a zero-carbon company. 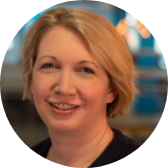 “We’ve been in the business of helping customers for nearly two decades. But despite our good work there’s still plenty of confusion around insurance, utilities and personal finance. Our work is far from done.

I’m passionate about helping customers, and I truly believe businesses should be a force for good in society.”

Alex completed the Admiral Graduate programme in 2016 before joining our product team. Alex began his time here as a Product Analyst, then moved on to look after car finance before taking on his current role in the car insurance team. 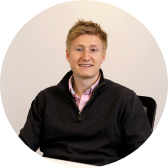 “When it comes to renewing your car insurance, if the price hasn’t changed much from last year, it’s tempting to just stay with your current insurer. That might save you having to make a phone call or two but staying loyal to an insurer doesn’t always get you the best deal. Taking a few minutes to get a quote means you can quickly get an idea of whether there’s saving to be had with a different insurer.”

Jessica worked in marketing and communications before joining us in 2013 as a product executive on life insurance. Promoted to product manager in 2015, Jessica has worked on a number of our home and lifestyle products.

In 2019 Jessica took on the role of home insurance and landlord insurance product manager. Jessica knows well the confusions that surround insuring our homes and everything in them, especially when dealing with unique situations like flood risk, listed homes, or shared properties. 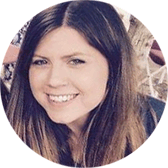 “Our home insurance needs are all different, so make sure you take the time to check that your policy is going to cover you for what you need. Whether that’s extra contents cover, adding cover for accidental damage, insuring items like bicycles or laptops, or just making sure the assumptions made about your home are right.”

Dan joined us in 2016 having previously been a product manager at the Royal Mint. Dan has played an important role in developing our van insurance service. 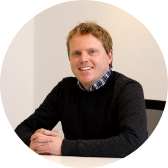 “If you own or drive another van, car, or motorbike, tell us about it when you get a quote. It might not seem important, but it can give insurers the confidence that you’ve got significant driving history. In turn, they could reward you with a cheaper premium. Win-win!”

Jack joined us in the first half of 2021 as a product executive after a number of years as project management lead at Cloud.IQ. 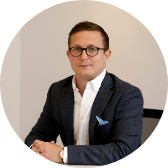 "If you’re trying to cut costs on your insurance, you might be thinking that as third-party-only is the lowest level of cover for your bike, it’ll also be your cheapest option. The truth is, that’s not always the case. Our research shows that comprehensive cover for your bike can often work out cheaper. That means you can end up saving yourself some money, but also get a higher level of protection for you and your bike. That’s win win! It’s easy enough to check as well. Take a few minutes and get a quote for each level of cover to see for yourself."

As part of the Admiral Graduate Scheme, Jac joined us as a product graduate and loved it so much he stayed. Jac has gone one to support many of our insurance products and in his current role is the product manager for pet insurance, health insurance and travel insurance. 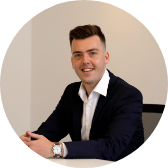 “The pandemic put travel plans on hold for most of us, but with travel restrictions eased for many countries, a foreign break in the sun is a real option for many of us. Naturally you still might be worried about missing your holiday or getting stuck abroad due to Covid-19. The good news is that some insurers are now offering policies that includes cover for covid related events before and during your holiday. When you get a quote you can easily see which policies do and don’t include it, just check the T&Cs to see what’s covered as not all insurers cover is the same.”

“If you’re a new pet owner, you may be wondering whether or not it’s worth getting pet insurance. While it’s impossible to cover every eventuality, it could pay off. Just think, vet bills can run into the thousands, and a policy could cost you less per month than the cost of a couple of drinks down the pub. Not such a bad deal.”

Louise joined us in 2020 from Veygo UK where she spent time in marketing before becoming a product owner.

Since joining us, Louise has played a big part in launching our mortgage comparison while also working on our other personal finance products. Louise is the product manager for life insurance, mortgages, and personal loans. 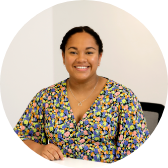 “If you need cover for two people, a joint policy might be a good option. It saves having two lots of paperwork and usually works out cheaper than having separate policies. It does limit you when it comes to the payout though. A joint policy only pays out once, when you, your partner or both of you die. With two single policies you get one payout per policy which could help support your family financially, cover a mortgage or clear any debt. There’s no right or wrong answer, it comes down to making sure you’ve got enough cover at an affordable price. That’s where comparing policies can really help.”

“Whether you’re looking for a new mortgage or need a loan, we’re here to help. If you’re worried about whether using a comparison site for these could affect your credit score - don’t worry. Getting a quote for a mortgage or loan with us doesn’t leave a mark on your credit report. It’s only a ‘soft search’ at this stage. It’s only if you go on to apply that the lender will do hard search that leaves a mark on your credit report.”

Matthew is a senior product executive on our car finance team. Matthew brought his wealth of car finance expertise to us in 2020 following four years at MotoNovo Finance in account management and product roles. 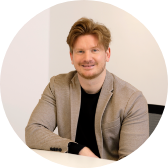 “Car finance comes in a few different shapes and sizes depending on what you want from a deal. Whether you’re looking at HP or PCP, we try to make to it clear what you’re getting before you apply. Where we can, we try to show you the exact APR if your credit profile allows. If not, we’ll show you a representative APR alongside a chance of approval percentage. This means you’ll be able to understand how likely you are to be accepted for a deal but also get a better idea of what you’ll pay each month and over the lifetime of the deal.”

Matthew joined us in 2013 after having gained experience of insurance as a claims handler at Admiral.

Since Matthew joined the business, he’s spent time as a product analyst on home insurance and product manager on car insurance, worked on several projects including developing our comparison-as-a-service offering before taking up his current role as a senior product manager for energy.

With a background in mathematics, Matthew is passionate about using data and insights to find the best ways to help customers. 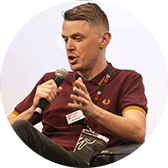 “With energy prices going up and up, switching to a new deal would normally be the best way to save yourself some money. However, due to the unprecedented market conditions, the majority of providers aren't offering deals at the moment.

It's difficult to predict when deals will return or where energy prices will go next, but you can get yourself ready to switch for when the time comes."

We work with a select group of authors who bring years of writing and journalistic experience to our onsite content. Working alongside our product experts, they help us remove the confusion surrounding insurance, motoring and beyond.

Find out more about our authors

Some of the products we compare

is a legal requirement if you're driving in the UK. Find out more about choosing the right cover at the right price.

protects your home and its contents from those unexpected accidents.

helps cover you and your van against the risk of fire, damage or theft.

can offer you protection on the road. Whether your ride is a scooter, a classic, a superbike or something else, we can help you find your next policy.

is individual cover that pays out when the policyholder dies

is a great way to cover you against medical bills, delayed flights and stolen items when you're on holiday.

needn't be confusing. If you're a first-time buyer, looking to remortgage, or moving home, we're here to help.

can be an affordable way to spread the cost of buying your next car.

Free recipe box
How to claim