Not everyone is completely clued up about the rules of the road, so confusion and misinformation have a habit of spreading. But ignorance isn’t an excuse for doing something illegal. With that in mind, we’re here to clear up any confusion on some of these common motoring law myths. 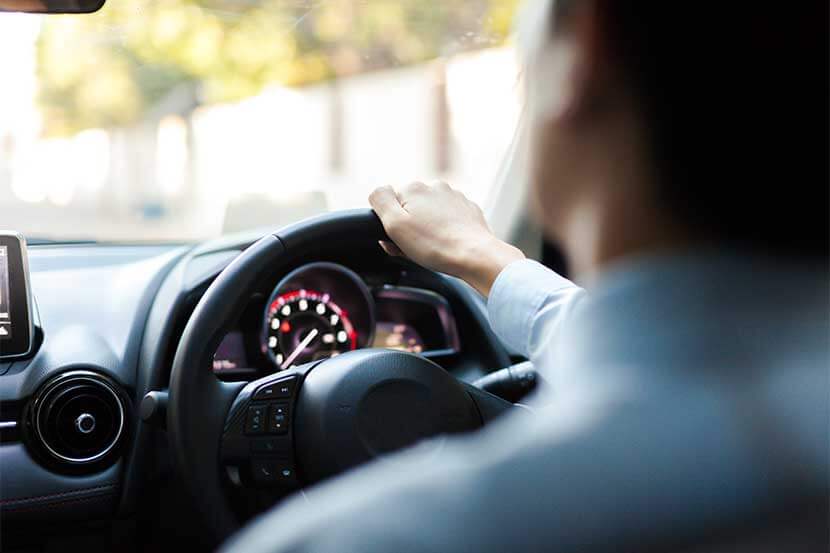 Could you get fined for driving a dirty car?

UK roads are wet and muddy at this time of year, which means our cars might be dirtier than usual. But did you know you could get a fine for this?

There are strict rules around number plates and how they’re displayed. Annex 6 of The Highway Code states that:

“lights, indicators, reflectors, and number plates MUST be kept clean and clear”

If your car’s number plate is missing, displayed incorrectly or obscured, you could face a fine of £1,000. So make sure to check your number plate is clean and legible before you start driving.

What’s more, this is also a valid reason for your car to fail its MOT, potentially leaving you even more out of pocket

Is it illegal to splash  pedestrians while driving?

Avoiding puddles on British roads is almost as difficult as dodging potholes, and it might be an unfortunate coincidence that you and a pedestrian pass one another next to a splash zone.

If you’re caught, you could be hit with a £5,000 fine and three points on your licence.

Maidstone Council in Kent is pioneering LitterCams to catch drivers chucking rubbish out of their cars. All drivers caught will receive a fine of £90, which rises to £120 if left unpaid for 15 days.

And if you think you’ll be ok using a phone with headphones or on speakerphone - you could still get stopped and potentially penalised if the police think you were distracted whilst using them.

The only exception to this is if you’re using your phone to make a contactless payment at a toll road or drive-through restaurant.

This would come under ‘driving without due care and attention’ – a driving conviction also known as a CD10  - and usually results in a £100 fine and three points on your licence.

Is it legal to smoke while driving?

It's legal to smoke in your car unless there are children with you. The catch again though is that if it distracts you and you cause an accident.

If this is the case you could be charged for ‘driving without due care and attention’. And be stung with a £100 fine and three points on your licence.

Is it illegal to have open alcohol in the car?

No. You risk being charged if you’re over the limit for drinking alcohol, but it’s not actually an offence to have an open bottle or can of alcohol in the car.

How many drinks can I have and still drive?

That’s a tricky question to answer as how much you can drink before you exceed blood alcohol limits very much depend on your sex, weight and metabolism. Whether you’ve drunk with a meal or on an empty stomach might make a difference too.

As a rough guide it’s usually around two pints of regular strength lager or two small glasses of wine. However to be safe it’s best not to drive at all if you are planning on having a drink.

Is it illegal to have a light on in the car while driving?

You might have frequently told passengers in your car that they can’t have the light on to read because it’s illegal. However despite so many people believing this, it isn’t actually against the law.

That said, you’re probably best advised to ask your passengers to keep off the lights - it might compromise your vision and distract you.

Again if this was found to be the case in an accident you could, theoretically, be hit with a driving without due care and attention charge.

Is it illegal to drive with headphones on?

No, there aren’t rules that stipulate against driving with headphones on, but that doesn’t mean it’s a good idea.

Driving with headphones on blocks out noise around you. And if there’s an accident you could still potentially be charged with careless driving or driving without due care and attention.

If a speed camera doesn’t flash does it mean I’ve not been caught?

Most speed cameras flash when they’ve got you, but if you’ve sped past one without it flashing you it doesn’t necessarily mean you’ve got away with it.

Some forward-facing cameras have filters fitted to stop them dazzling drivers while others use infra-red. Light conditions might also mean a flash doesn’t go off.

For more information, check out our speeding FAQs.

Are you allowed to drive 10% over the speed limit?

The law specifies that you’re speeding as soon as you exceed the speed limit - even if that’s only driving at 31 miles an hour in a 30 zone.

Police might exercise some discretion and use a ‘10% plus 2 leeway’, however that’s not written in law. Speed cameras might have tolerance buffers too, but to stay on the safe side it’s best to stick to the limits.

What are the rules on driving with a sat nav?

It’s perfectly legal to use a sat nav to ensure you don’t get lost on your journey, but you do need to use it safely.

That means you need to have hands-free access - so mounted on the windscreen or in-built. It also must not obstruct your view of the road.

Does my fully comprehensive insurance policy cover me to drive other cars?

Not necessarily. Many fully comprehensive car insurance policies don’t include ‘driving other cars’ cover, so before you get behind the wheel of somebody else’s car it is important to check.

If not, you could be charged for driving without insurance. If you don’t have ‘DOC’ on your policy you can arrange short term insurance quickly. Or you could ask the owner of the car to add you to their policy as a named driver.

Will moving for an emergency vehicle cost me a fine?

Potentially. Although your gut tells you to get out of the way as soon as you hear a siren or see blue flashing lights, if you commit a driving offence while doing so, you could be charged.

That could be jumping a red light or driving in a bus lane. When moving out of the way make sure you do so carefully and observe all road or traffic signs, to save yourself a £100 fine and three points on your licence.

Can I drive without shoes?

There’s nothing stopping you driving barefoot or with flip flops - but that doesn’t mean it’s safe.

The Driving Standards Agency advocates wearing suitable shoes and says that you might not be able to brake as hard without them.

Is it illegal to drive too slow?

Driving slowly isn’t illegal, however driving too slow for the road you’re on could be dangerous.

The police might pull you over if they think you are driving too slowly on a motorway, for example. And in a worst-case scenario you could be charged with dangerous driving.