Electric cars are here to stay.

The Society of Motor Manufacturers and Traders reported that in 2021, one in six registered cars were plug-in vehicles. Battery electric car registrations rose to one in nine. That's more than 2016 to 2020 combined.

We can only expect this to increase further as we count down towards the ban on new petrol and diesel vehicles in 2030. But it can be hard to measure the real cost of ownership of an electric vehicle.

There are all sorts of things you need to know about electric cars before deciding, such as what car insurance looks like, the pros and cons and how much it'll cost you.

So should you buy an electric car? 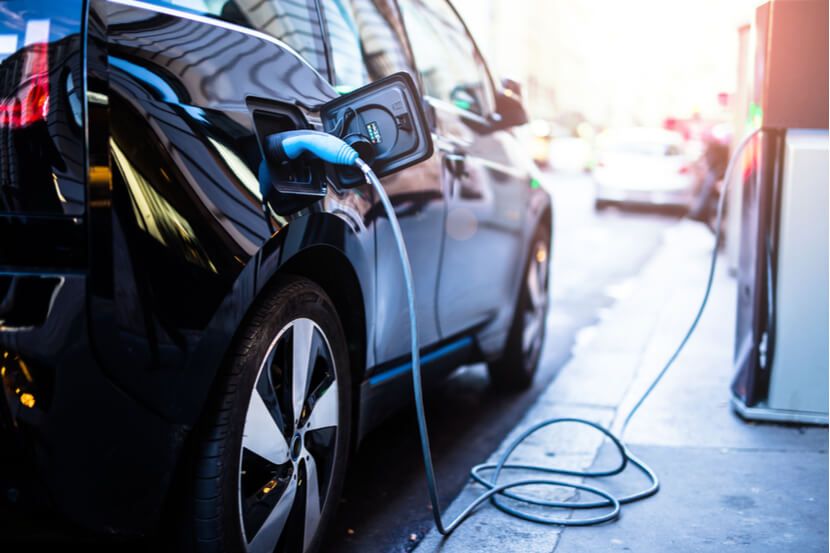 There’s no doubt that electric cars are becoming more popular as their range and charging options get more attractive. But what are the pros and cons?

If you regularly go on journeys of several hundred miles, you might want to wait a little longer, or opt for the halfway house of a hybrid car. But if you make short trips into town and back, or a 15-mile commute twice a day, it could be a perfect option for you.

How do electric cars work?

In a nutshell, rechargeable batteries store electricity which power a motor. The motor turns the car's wheels. There’s no combustion engine that sparks like in a petrol or diesel car.

Electric cars also differ from hybrid vehicles, even though the latter are part-electric.

A hybrid car has a traditional fossil-fuel engine with the electric motor coming into play only when you need extra power, such as during acceleration.

An electric car has no gears, so there’s no gear lever and no clutch – you simply accelerate and brake.

There’s also something called regenerative braking, which involves charge being put into the battery when you brake. This means you’re topping up the battery with free power whenever you slow down.

It’s technically wrong to call them ‘automatic’ because that would suggest they change gear automatically when there aren’t any gears to change.

However, in terms of the driving experience, they feel a lot closer to being an automatic than a manual.

With no gear stick and no clutch, it’s simply a case of using an accelerator and a brake.

The driving experience will feel a lot more familiar to motorists who drive automatics than people who are used to traditional manual cars.

Most hybrid cars are automatic, but there are some manual hybrid cars. These are called ‘mild hybrids’, and they cannot be run solely on electric power. The electric motor complements the petrol engine, boosting the power of the car and/or cutting fuel consumption.

Do electric cars have gears?

With very few exceptions, no. An electric car has a single-speed transmission, which is why it feels similar to driving an automatic vehicle.

There are simply options for ‘drive’, ‘reverse’ and ‘neutral’.

However, a few manufacturers have been trying to produce electric cars with gearboxes, to make them more appealing to drivers who like the familiarity of driving a manual car.

With a fossil-fuel car, the size of a tank in litres multiplied by the cost per litre of fuel gives you the cost of filling up.

With an electric car, it’s the size of the battery (in kWh) multiplied by the cost of charging per kWh that gives you the cost of fully charging your vehicle.

The tariff you pay for charging the battery will depend where and when you do it.

If you charge it at home, it might be cheaper to do it overnight, depending on your tariff.

If you’re out and about, it depends on a few things:

A public charging station will most likely cost you more than charging the battery at home. A motorway charging point is likely to be even more expensive, in the same way that petrol prices are generally more expensive at motorway service stations.

Using a Nissan Leaf with a 40kWh battery as an example, it might cost between £5 and £6 to charge it at home during the day, and perhaps £4 if you did it overnight.

At a motorway charging point, a full charge would cost nearer £12, although it would be completed in less than an hour.

There are three charging speeds – slow, fast and rapid.

Electric car range: How far can they go?

Early electric cars would struggle to do 30-40 miles on a single charge. Now there are models that will do several times that distance.

High-end cars are capable of some of the furthest ranges, but more everyday cars can now go much further, too.

According to a recent What Car survey, though, the distance they can actually go is often less than the manufacturers officially claim:

One of the main drawbacksdraw backs of buying EVs is the access to charging points, but this could change in 2022.

Prime Minister Boris Johnson announced that from next year, all new homes and buildings in England will be required by law to install EV charging points.

The new law means that up to 145,000 extra charging points could be installed across Britain each year. Supporting the public’s switch to electric before 2030 when the sale of new petrol and diesel cars will end in the UK.

Charging points will be installed in new build homes and supermarkets, offices, workplaces and any building that's undergoing major renovations.

The government believes that the charging boost should make it easier for new build buyers to make the switch to electric vehicles, as the charging points will already be in place.

It also claims that charging points will be readily available at new shops and workplaces across the UK. In theory, making it as easy to recharge an EV as refueling a petrol or diesel car.

According to the Policy Exchange committee, 35,000 charge points need to be installed in the 2020s if the UK is going to be ready for the EV switch in 2030. This is five times faster than the current rate.

They also expressed concerns about parts of the UK not having proper access to charging points, for example, in rural areas. This could potentially cause ‘charging blackspots’.

Friends of the Earth’s Head of policy, Mike Childs has supported the announcement, saying that electric vehicles have a ‘significant role to play in building a zero-carbon future’.

He added that ‘new housing should also include secure cycle storage and access to high quality public transport, to provide real alternatives to driving and help cut congestion,’

The announcement builds on the 250,000 home and workplace charging points the government has already supported.

Motability estimates that there’ll be 2.7 million disabled drivers or passengers by 2035.

It expects 1.35 million of these drivers to be either partially or completely reliant on public charging infrastructure. This means that they’d need to charge their vehicle away from home.

Alongside the Department for Transport and the British Standards Institute (BSI), Motability says it will develop accessibility standards for EV charging points across the UK by summer 2022.

The guidance should help the EV industry solve the challenges raised by Motability. It should also give wheelchair users guidance on which EV charging points are:

This should help drivers decide which charging points are suitable for their needs.

Barry Le Grys, Chief Executive Officer at Motability, said: “There is a risk that disabled people are left behind as the UK’s transition to electric vehicles approaches, and Motability wants to ensure that this does not happen.

“We welcome the interest from government in our research on electric vehicle charging and accessibility and we are excited about our partnership with the Office for Zero Emission Vehicles (OZEV) to further this work.

“We look forward to working together to create world-leading accessibility standards and to support the UK’s commitment to achieving zero emissions. Motability looks forward to a future where electric vehicle charging is inclusive for all.”

Most manufacturers give an eight-year or a 100,000-mile warranty on their batteries. Most batteries in electric cars today are designed to last for at least 12 years – and could still be performing well for up to two decades.

Batteries in electric cars gradually become less efficient over time. In much the same way that batteries in mobile phones need more regular charging after they’ve been in use for a few years.

But the technology is improving all the time – and even after a decade of use, they should still give your electric car reliable service.

One option you might prefer is to lease your battery. Not all manufacturers offer this, but if you're able to do this it can give you peace of mind.

It means that should it go wrong or start losing its charge, you can easily get it replaced as part of your leasing contract.

It also reduces the initial price of the car, although you will have to pay an ongoing monthly fee for the lease of the battery.

In general, electric cars suffer less wear and tear simply on account of there being fewer moving parts to go wrong.

It means it's likely that a used electric car will be in better condition than a petrol equivalent that has done the same mileage.

How much do electric cars cost?

One of the key questions you need to know is whether you can afford an electric car.

The Smart EQ Fortwo and the Skoda CITGOe iV each cost under £17,500. At the other end of the spectrum, the Porsche Taycan Turbo S will set you back nearly £140,000.

Once you have an electric car, there are tax savings. Technically, you still have to register for VED tax, but the rate you pay is zero.

What about electric car insurance?

Electric car insurance is likely to cost a bit more than insuring a petrol car.

This is partly because electric cars are more expensive to buy, which increases the potential pay-out an insurer would need to make if your car was written off.

They can also require specialist mechanics, and parts can be harder to source.

You should be able to insure your electric car with most motor insurance providers, but you might want to consider a specialist player.

Specialist policies can include electric car specific features, like:

As with all car insurance, the best thing you can do is shop around for the best deal. And if the environment is front and centre for you, consider looking at eco-friendly insurance options.

Will electric cars get cheaper?

A lot of this will be down to market forces.

As we approach the end of petrol and diesel and as the market for electric cars expands, manufacturers will be keen to attract as much loyalty from early adopters as possible.

As more players join the market and the technology becomes more widespread, prices should start to fall.

In the meantime, to encourage an increased take-up of electric cars, as of March 2021 the government is giving grants of up to £2,500 for the purchase of new electric cars.

The grant will apply to cars costing up to £35,000. The government says that more than half of all available models are eligible for this grant.