Skip navigation
You are here: 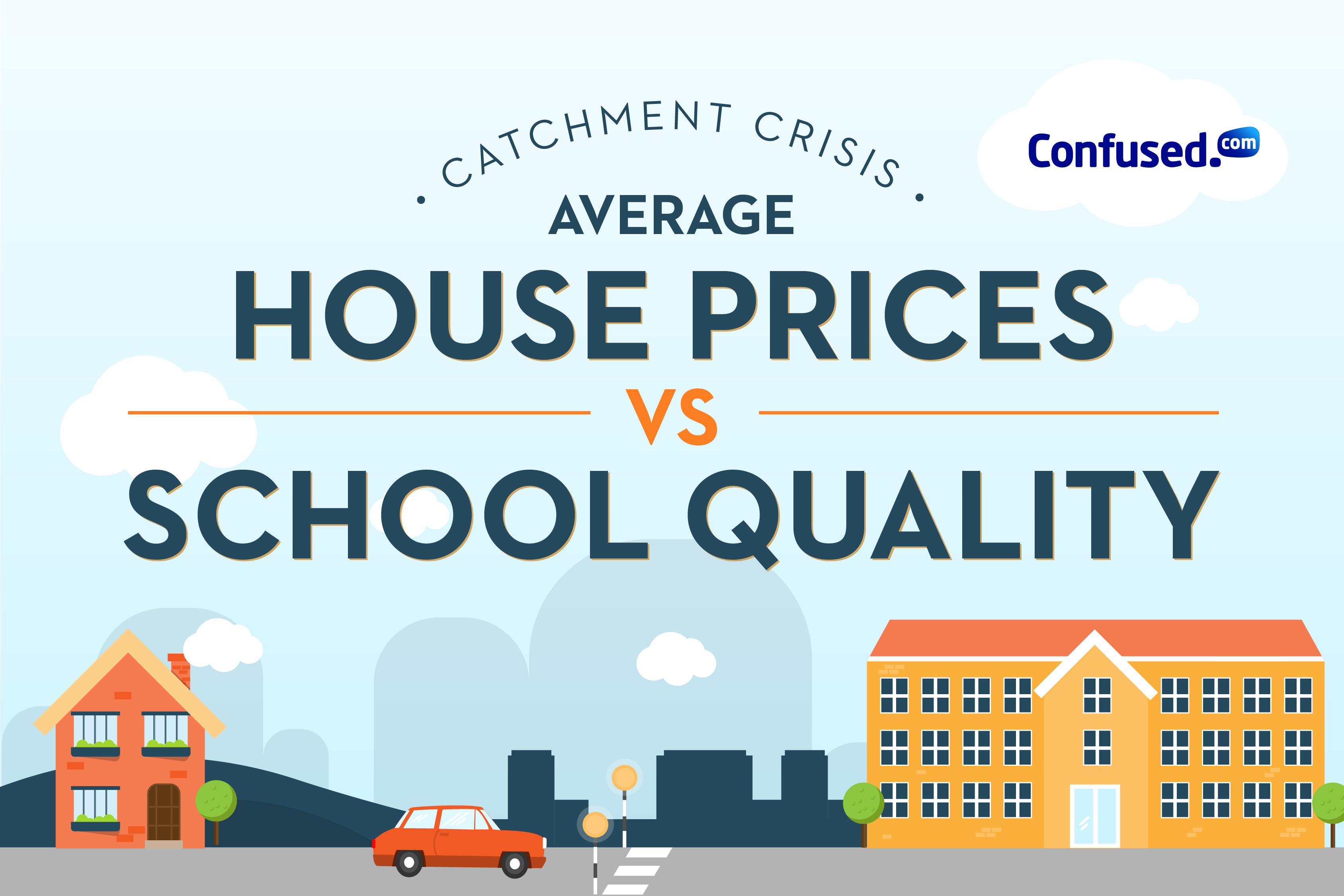 With the number of pupils beginning to outstripping the number of places available at sought-after schools1, the ‘school catchment crisis’ is more prevalent than ever.

As a result of increasing birth rates in the early 2000s, demand has increased significantly over the past five years, which is now having a knock-on effect on schools.

School admission rules are mainly based on location – your child needs to live in a school’s catchment area to stand the best chance of being accepted. However, new guidelines mean if your child has a brother or sister in your preferred school, this can also increase the likelihood of securing a place.

Other criteria such as special educational needs and exam results can give you priority in certain schools3.

Despite the rules being slightly more lenient, the competition remains fierce and people are purposely moving to ensure they are in the catchment area of a good school. Some are even going to the extremes of bending the rules to try and guarantee a place in their school of choice.

So, how much will it cost you if you want to move to the catchment area of a sought-after school? We analysed Ofsted data against average house prices to find out.

Our research revealed average house prices are higher in catchment areas of schools that have a stronger Ofsted rating.

The average price of a house within the catchment area of a school with an ‘outstanding’ Ofsted rating (1) is £331,605. That’s 13.2% higher than the cost of a home near a school with an Ofsted grade of 2 (good) and a 31% increase on a 3 (requires improvement).

Whereas moving from the catchment zone of school with a score of 4 (inadequate) to a 1 rating could mean buying a house that’s a massive 40.96% more expensive.

The figures show the average house price increases by a whopping £96,363 if you want to live in an area with an ‘outstanding’ Ofsted rating compared to a catchment with an Ofsted rating of 4.

Even the shift from ‘good’ to ‘outstanding’ schools drives up house prices significantly, increasing the cost of a house by £38,672.

How much do house prices increase in the top 5 biggest cities? 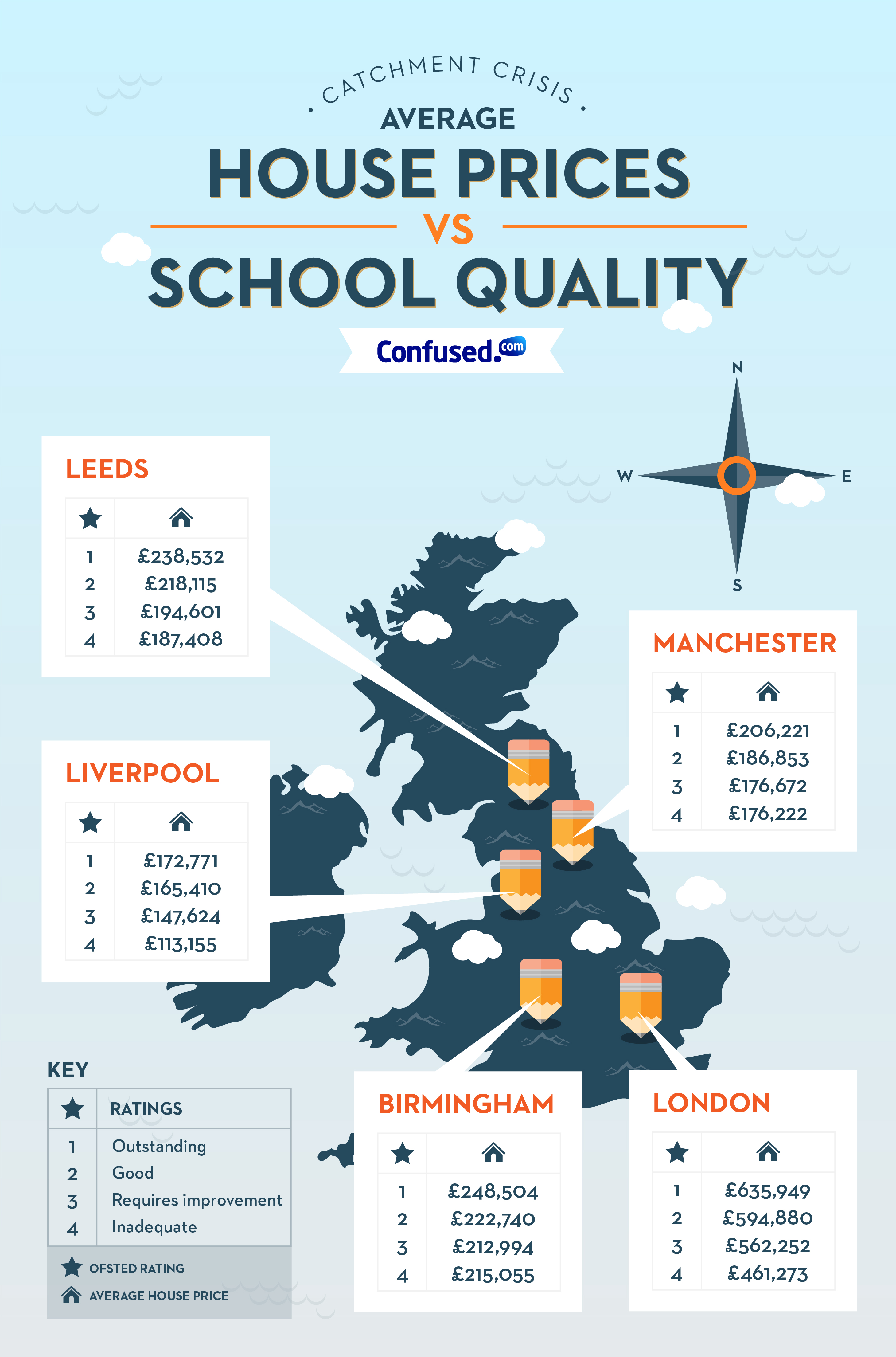 The average London house price in an ‘outstanding’ school catchment area is £635,949, whereas a ‘good’ Ofsted rating reduces the house price by £41,069. Buying a house in an area near a school that has received an ‘inadequate’ Ofsted rating is nearly £175,000 cheaper.

Living near a top-performing school in Birmingham will cost you £248,504 on average. But you can save £25,764 if you choose to live in a catchment area that’s home to a school with a ‘good’ Ofsted rating.

Living near an ‘outstanding’ school in Liverpool is, on average, £7,361 more expensive than living in the catchment area of a school that has a ‘good’ Ofsted score. House prices in a catchment zone with an Ofsted rating of ‘inadequate’ are just £113,155 on average.

Living in an area with an ‘inadequate’ school aligns with an average house price of £187,408. 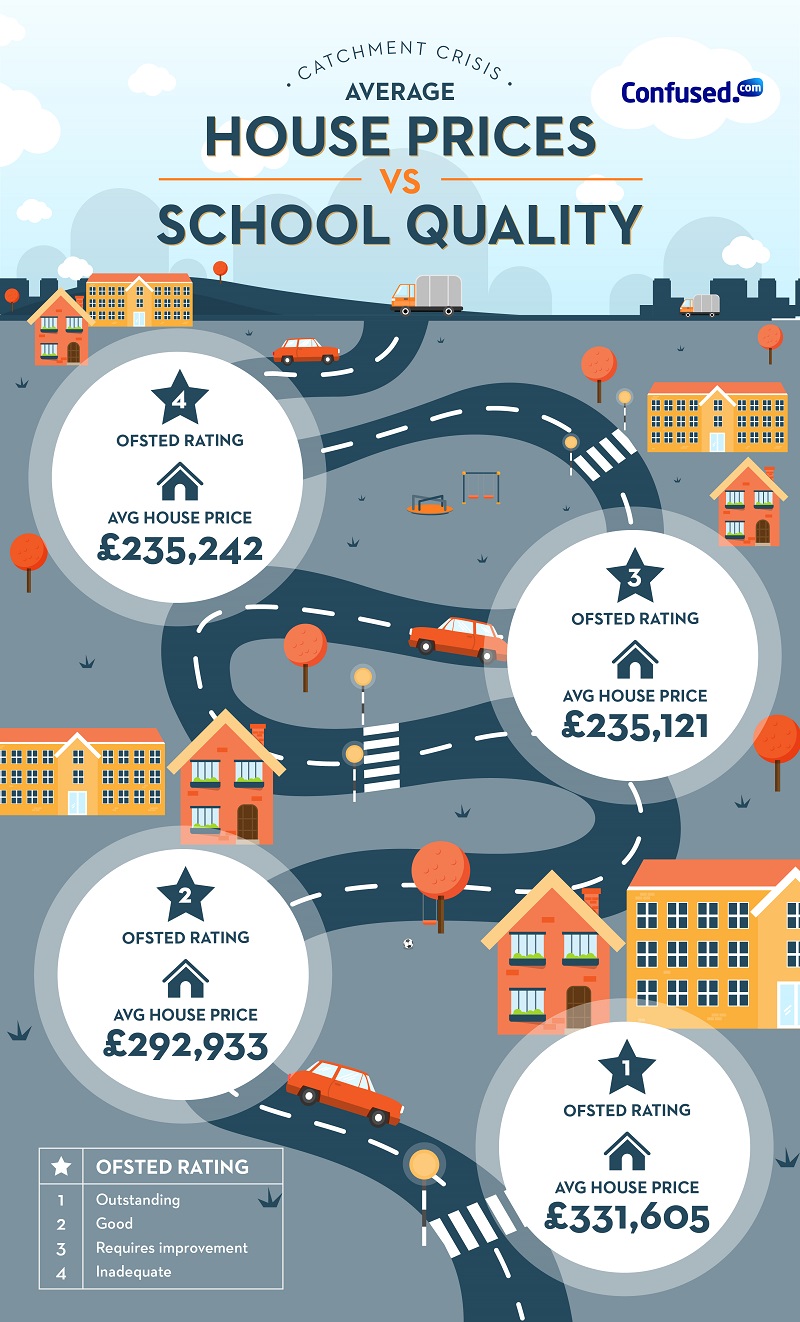 Sunderland is the best value place to live in the UK if you want your child to attend a top-rated school.

Sunderland is the cheapest place to live if you want your child to attend a school a high-performing school, with house prices costing an average of just £114,157.

Buying a house near an ‘outstanding’ school in Western Central London, on the other hand, could cost you a staggering £1,345,614.

is the most expensive postcode in the UK if you want your child to attend an ‘outstanding’ school.

Unsurprisingly, the most expensive postcode for an ‘outstanding’ school is SW7, which covers the area of South Kensington and part of Knightsbridge.

Houses near an ‘outstanding’ school in LE1 (Winstanley in Leicester), however, only cost an average of £117,064.

How to buy a house near a good school

A step-by-step guide to buying a house

Explore
Get a home quote
Takes about 8 mins

Or, retrieve your previous quotes

School count: This is the number of schools used in the calculation of the estimated house price. Data retrieved from the Compare School Performance gov.uk site.

4This is the number of schools used in the calculation of the estimated house price. Data retrieved from: https://www.compare-school-performance.service.gov.uk/download-data and https://www.compare-school-performance.service.gov.uk/schools-by-type?step=default&table=schools&region=all-england&for=ofsted&basedon=Overall%20performance&show=All%20pupils&datasetfilter=provisional&searchtype=

5Estimated house price by Ofsted rating: calculated by averaging the estimated house prices over a postcode region, by number of schools with X Ofsted rating in the whole region. Data retrieved from: https://data.gov.uk/dataset/73e7100e-7e40-4762-8939-3b71193c6b4f/the-official-yearbook-of-the-united-kingdom and https://propertydata.co.uk