What is a loss adjuster?

If you make a claim on your home insurance, they may send round a loss adjuster to establish the facts about the claim. Here we explain all you need to know about loss adjusters and how they operate. 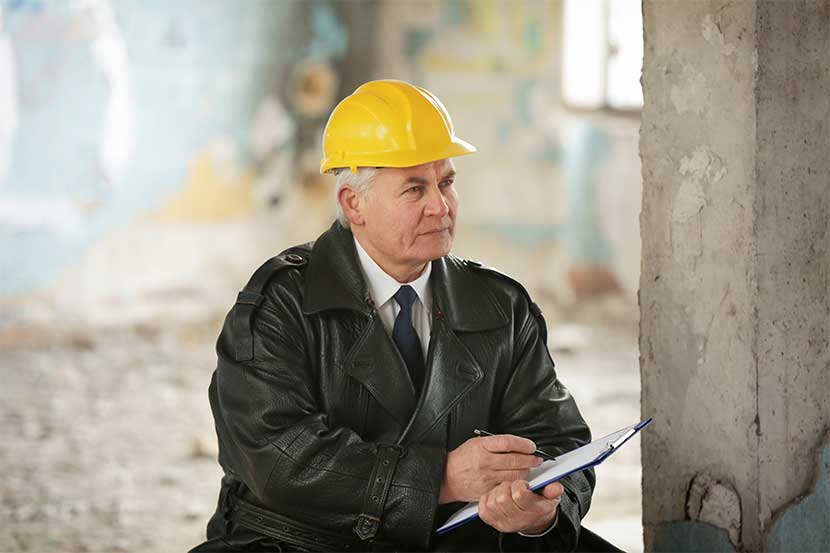 Home insurance claims can be a complicated business. It’s less obvious to gauge the likely cost than, say, that of a car that’s been written off. Damage to your home could be more or less severe than it first seems, and the cost of repairs may differ wildly depending on several factors.

This includes how easy it is to access the damage and whether it needs repairs with specialist skill sets.

For example, damage to carpets caused by a burst pipe could be far more serious if walls or floorboards are saturated or the electrics are compromised. Likewise, if 100 year old roof tiles came off in a storm, replacing them with equally weathered tiles could prove more expensive.

What is a loss adjuster and what do they do?

A loss adjuster (or public loss adjuster) is an insurance industry expert. They specialise in investigating and assessing the cause of a claim and the costs involved.

This doesn’t mean they turn up with a clipboard and calculator, looking for ways to shave a bit off the value of your claim. Rather, loss adjusters take a cold hard look at what’s happened and provide an estimate of the costs involved in correcting the matter. That’s so long as the home insurance policy is valid.

What does a loss adjuster look for?

Loss adjusters confine their interest to claims that are covered by your home insurance policy. Anything outside of this isn’t taken into account.

Once they’ve identified the cause of the claim, and calculated the cost of rectifying the situation, they turn their attention to the amount you’ve claimed for. This is to ensure it tallies with their conclusion.

How can conflict with loss adjusters arise?

One of the most common reasons insurers call on the services of a loss adjuster is that they suspect a case of underinsurance. This is where the amount you’re insured for isn’t enough to cover the cost of repairs, meaning you’d be responsible for the shortfall.

Underinsuring can occur because you’ve  genuinely underestimated the value of the property and belongings you’re looking to insure. In doing so you might have paid a relatively-low premium that reflects your estimate. Instead, you should have paid  a higher premium that would cover the real, larger, value of your property.

For example, if your home is insured for £250,000, but its actual value is double this, you could be underinsured by 50%. If your home is damaged to the tune of £100,000, the insurer might only cover half this sum.

Although loss adjusters work for insurance companies, don’t conclude their job is to minimise your claim and save their employer money. They’re  professionals, governed by three impartial organisations:

It’s worth remembering that the loss adjuster’s job is to establish how the incident that led to the claim occurred. This might involve asking you some potentially uncomfortable questions.

Don’t feel victimised, as they’re required to rule out instances of fraud. Unfortunately, not everyone accidentally underestimates the value of their property, and so pays a lower premium or overestimates the scale of the actual loss incurred.

How can I help the loss adjuster speed up the process?

While the loss adjuster should turn up on your doorstep armed with a copy of your claim, they need much more information, which you can prepare before their visit. Where possible, dig out any receipts for items you’ve  included in the claim and be honest and open with them.

If they need more information that you don’t have readily to hand, make a note or ask them to email you further questions.

If possible, don’t tidy up any mess caused by the claim or throw away anything that was affected by the incident that prompted the claim. However, if you must get rid of damaged items, such as spoiled food from a broken fridge or freezer, take photos of the items in situ.

If some emergency work needs to be undertaken, such as replacing broken windows or doors, or reconnecting the electricity supply, inform your insurer upfront. In this case, take photos of the damage, if possible, beforehand, and keep receipts for the work done.

What if I'm unhappy with the loss adjuster's work?

When the loss adjuster has completed their survey, they write up a report that’s submitted to the insurer. You also get a copy and should read it carefully. While there’s no reason to think that your claim will be watered down, it’s not unheard of for the settlement figure to be lower than expected.

If this is the case, complain to the insurer and give them a chance to review the case. Should you feel you’re not getting anywhere it may be time to call in an insurance loss assessor.

What’s the difference between a loss adjuster and a loss assessor?

Unlike a loss adjuster, who works for the insurance company, a loss assessor represents the insured. They can be brought on-board to negotiate on your behalf, including dealing with all the paperwork. Being insurance experts, they’re  well-versed in claims-related arguments.

Also, being one step removed from the situation, they’re probably better placed to steer your side of the debate to a fruitful conclusion.

Aside from their role in facilitating negotiations they can organise alternative accommodation, if your home is uninhabitable.  They can also ensure your property is secure following a break-in or fire damage.

For all of these reasons it’s best to employ a loss assessor as soon as you suspect there could be conflict over the settlement figure.

Can I hire a loss assessor?

Every home insurance customer has a legal right to challenge a loss adjuster’s conclusion by hiring a loss assessor.

Don’t be concerned that this course of action might upset the insurer or the loss adjuster.

How does a loss assessor get paid?

Loss assessors often charge a percentage of the final settlement, typically around 10%. However, some loss assessors might not charge for their time if you consent to using a recommended company to undertake the required repairs.

In this case, the loss assessor gets a commission from the chosen firm (so in a way you’re paying, as the commission fee is likely to be  passed on to you).

Can I hire a loss adjuster?

Although they’re more commonly used by insurers, it’s possible to hire a loss adjuster to oversee your claim. They apply the same due diligence for you as they would the policy provider.

Conducting the investigation and producing the subsequent report involve more work than that required of a loss assessor. This  means it can cost more to employ a loss adjuster than a loss assessor. Typically, loss adjusters charge an hourly rate or work for a percentage of the settlement figure, depending on the scale and nature of the claim.

It’s also possible to buy insurance to cover the cost of a loss adjuster’s fees, should you incur any. But speak to your insurer beforehand to check your policy covers this.

Can a loss adjuster’s decision result in my claim being rejected?

Whether a loss adjuster has the final say on the claim’s status depends on the arrangement they’ve with their employer, the insurer.

In some cases, the insurer immediately accepts the loss adjuster’s report, in others it’s treated as a recommendation and considered alongside their inhouse expert’s conclusions.

How to appeal a loss adjuster’s decision

If the insurer says  they’re  rejecting your claim following the loss adjuster’s report, you have the right to appeal. This is regardless of whether you’ve used a loss assessor.

Prepare and present your reasons for concluding the loss adjuster and the insurer were in error or acted unfairly. Be as accurate as possible, including a precise timeline from the incident that prompted the claim, right up to the decision to reject it.

Should your appeal fail, and you’re still not satisfied with the insurer’s reasoning, you can take the matter to the Financial Ombudsman Service. You need to do this within six months of the insurer’s final decision.

The Ombudsman should appraise both sides of the case and issue an outcome based on their independent investigations. This decision is then binding on the insurer.