The 100 most Instagrammed cars in the world 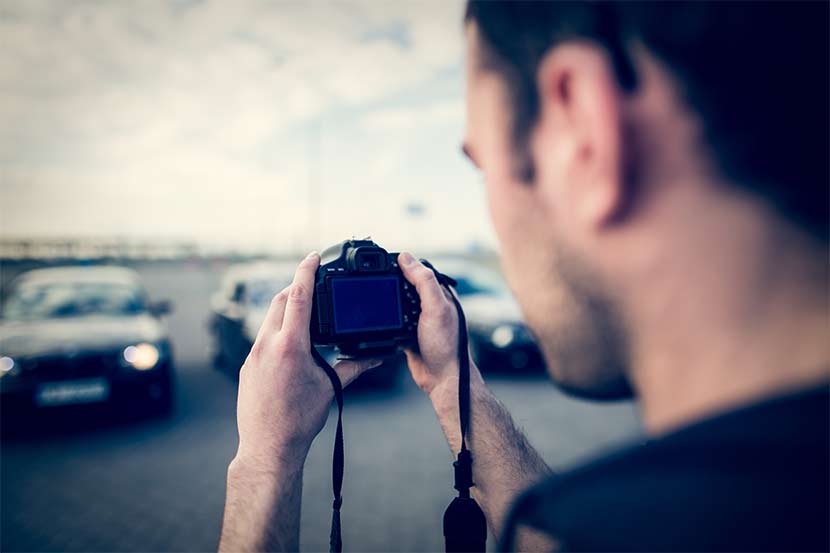 What's on this page?

We’ve all been there, racing to social media to update our friends and families on the things we’re most proud of. Whether it’s your pet, an exotic holiday, or your shiny new motor.

Once you’ve carefully selected and purchased your new vehicle, and of course the appropriate car insurance to match, many Instagram users head straight to the app to post a quick snap of their new pride and joy...

But which cars get shared the most online?

To find out, we looked at the number of photos on Instagram for 200 of the world’s most popular cars. We compared this to the global sales figure for each vehicle to reveal the number of photos shared on social media for every car sold. This allowed us to give each car model a ‘Car Instagrammability’ score out of 1,000, and reveal the vehicles we love to show off online.

Car models with the most social media clout, revealed

Luxury German car manufacturer Audi lands itself in first place with the sleek Audi Q8 - the research shows for every car sold, there are 620 photos posted to Instagram. The highest of any car make and model.

In total, almost 225,000 hashtags of the Q8 have been used on Instagram, and with just 36,157 cars sold, our research shows it’s the most Instagrammed car in the world, with a Car Instagrammability score of 620.

In second place is the revered British manufacturer Land Rover, with its multi-award-winning Defender having 574 photos on Instagram for every car sold.

Following the Defender, the Range Rover Sport is in third position, the Dodge Challenger takes fourth place and the Toyota Land Cruiser rounds off the top five most Instagrammed cars in the world.

Car brand Audi dominates the top 20 with its models featuring five times in total. After the Q8, the Q3 is in seventh and the A7 is in eighth position. The Q7 comes in at 12th and the TT lands 15th place.

American brand Dodge makes two appearances in the top 10, with its Challenger and Charger models racking up a combined 3,306,985 images shared on Instagram.

The combination of the sophistication of a luxury coupé with the practicality of an SUV takes the Audi Q8 straight into first place, leading the car to rank as the most popular model on Instagram. The flagship of Audi’s SUV range, the Q8 beats other luxury crossover SUV coupes with its advanced technology, impressive infotainment system, an inbuilt virtual assistant and stunning, touch-responsive digital displays. Posts under the #AudiQ8 hashtag showcase how stylish this vehicle is, along with the 11 colour variations it can be found in. 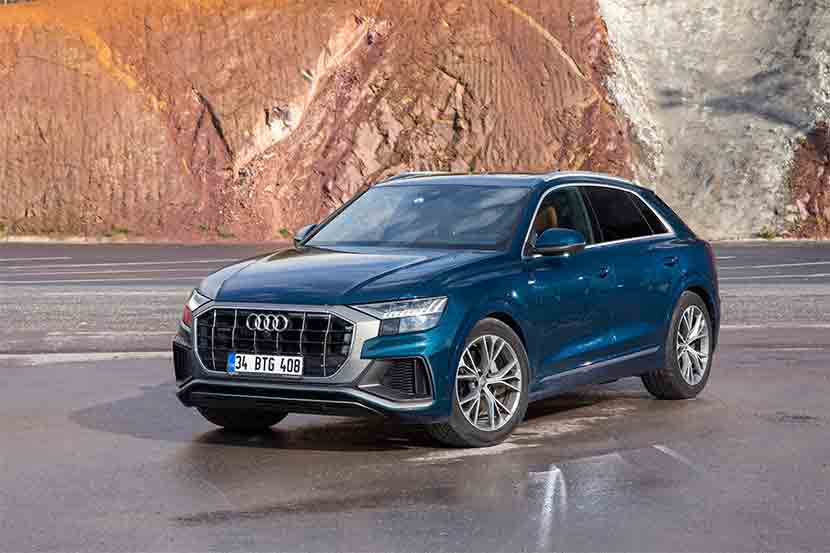 The Land Rover Defender is an icon within British automotive history. Owned by the likes of the Queen and David Attenborough, and driven by famous movie characters like James Bond and Lara Croft, it is no surprise that the model ranks as the second most Instagrammed car. Named Motor Trend’s SUV of the Year in 2021 and winning the 2021 World Car Design of the Year at the World Car Awards, this quintessentially British motor most definitely deserves its high ranking. 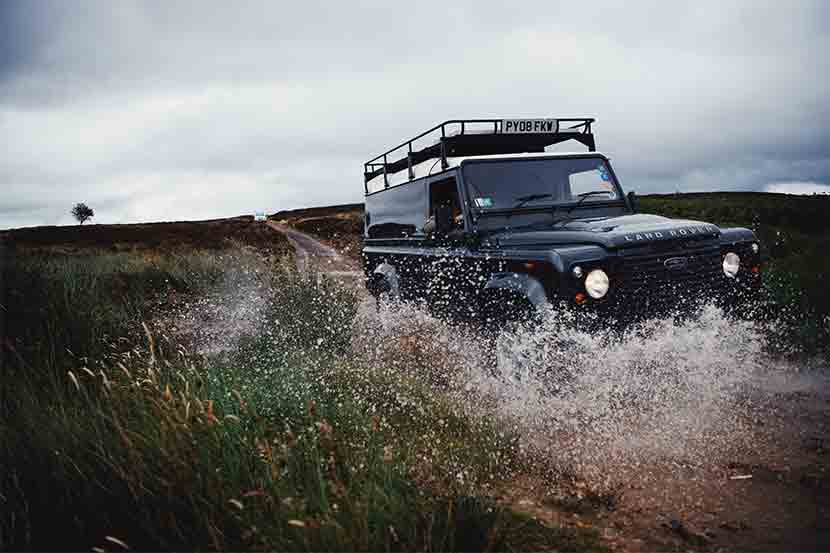 Just behind its counterpart, we have the Range Rover Sport - an equally charming part of British automotive culture. Where the Defender offers customers a rugged, impressive 4WD, the Range Rover Sport is a sleek, modern alternative, with an exterior that’s perhaps the most recognisable of all SUVs on the road. With over 876,000 images shared under the hashtag #rangeroversport on Instagram, it’s not hard to see why so many people are proud to share pics of it. 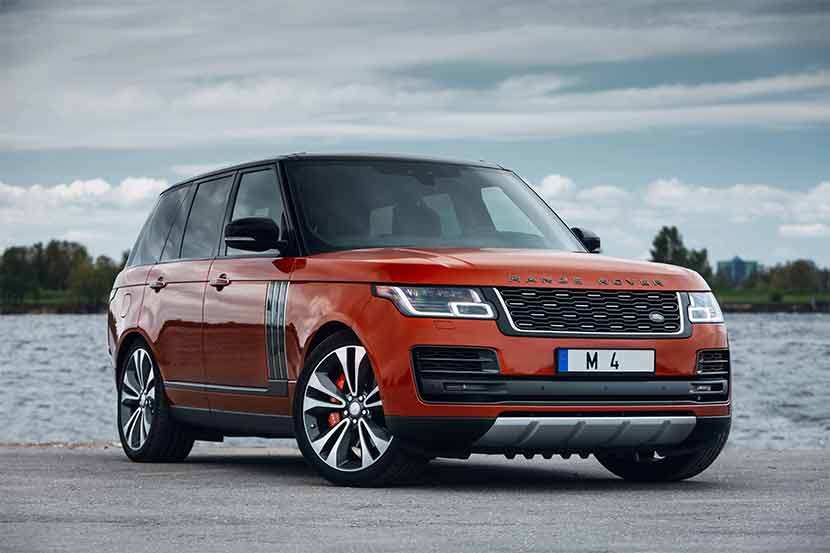 The BMW-owned British automotive brand Mini is synonymous with luxury British culture, and the Clubman is one of the most popular models on offer today. The longer, wider version of the classic Mini Cooper offers a more practical choice for families looking for a hatchback. Sales of the Clubman may be the lowest in the top 10, but with over 199,000 images shared under its hashtag it packs a serious punch in social media clout. 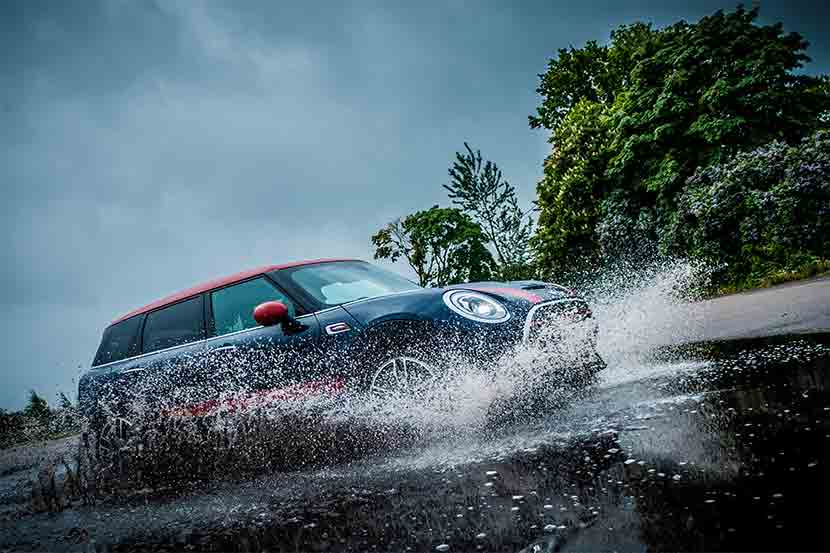 The Audi Q3 is a more ferocious alternative to the more popular Q8 that tops our list. While the Q8 offers a more streamlined and stylish SUV option, the Q3 remains practical, efficient and ever popular, being one of the most affordable luxury SUVs in Audi’s line-up. Similar to the Mini Clubman, the Q3 has some of the lowest sales in the top 10, and so cements itself in the list with an impressive number of images shared on Instagram. 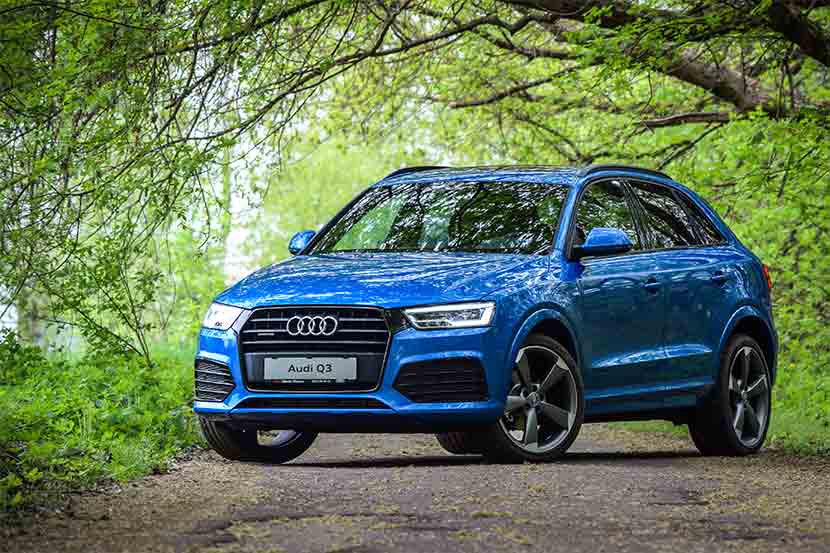 German manufacturer Audi’s third appearance in the top 10 is the A7 model. The distinctive, smooth contours of the sedan compete with the likes of BMW 8 Series Gran Coupe and Mercedes-Benz CLS Class and certainly seem to exceed them in popularity. The A7 showcases impressive German quality and is an impressive drive, with its swooping roofline making it instantly recognisable on any road. 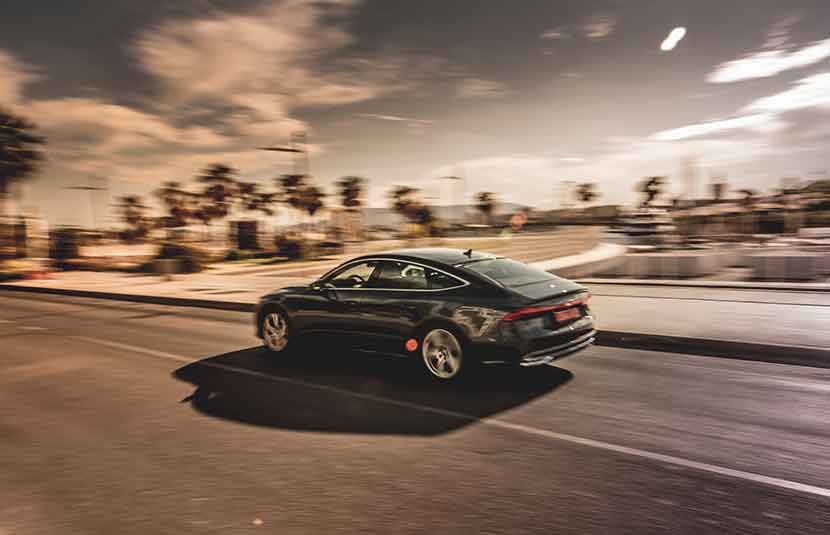 There are more photos posted of the Dodge Charger than the Challenger, but also around double the global sales, which means it has slightly less impact on social media. That said, the model itself is still extremely popular, proving to be an instant success when it was introduced into the market. This four-door muscle car drives powerfully, but offers consumers the excellent practicality of a classic sedan. For muscle car lovers who need extra space but don’t want to compromise on performance, the Charger exceeds expectations, with over 1.8 million images shared on Instagram under the hashtag #dodgecharger. 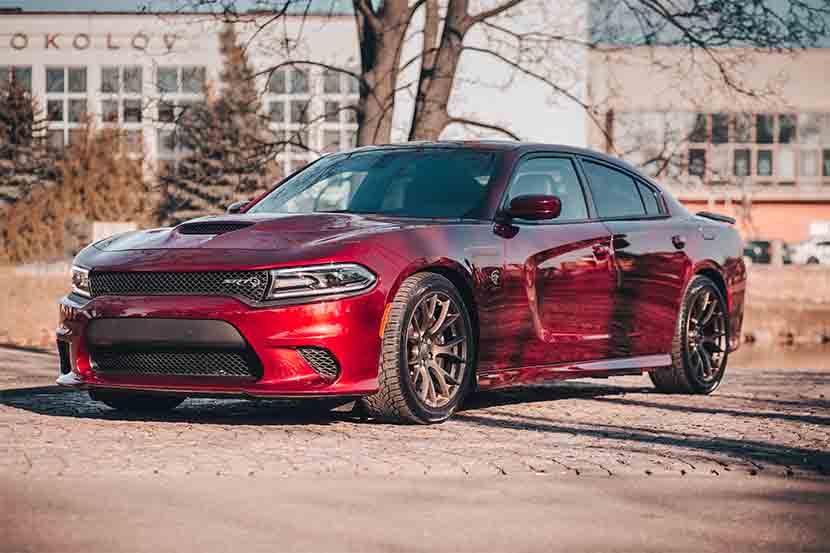 Regardless of how Instagrammable your car might be, be sure to protect your pride and joy with the right cover by comparing car insurance quotes.

Following the top 20 most Instagrammed cars are models including the iconic Mini Cooper (ranking in position 22 with a car Instgrammability score of 62), the Chevrolet Camaro (ranking 24th place with a score of 61), plus several Volvo models, with the Volvo XC60, XC90 and S60 ranking in positions 21, 28 and 29 respectively.

Models including the Mini Cooper (22nd position), Ford Mustang (42nd position), and the Honda Civic (56th) lead the way in terms of overall hashtags, each with over 3 million hashtags. However, with significant numbers of sales for each of these popular models, the cars in positions 21 - 60 attain car Instagrammability scores of between 22 and 65.

In positions 61 - 100 are a number of popular car models, each with between 12 and 22 Instagram photos per car sold.

Popular models include the BMW 5 series with 7.5 million global sales and the Honda Jazz with 7,297,633 sales globally - the most sales of any other models ranking in the category. However, with less than 1.1 million photos each, the models rank in 89th (BMW 5 Series) and 90th (Honda Jazz) positions overall.


Car brands with the most social media clout, revealed

Having revealed the car models with the most social media clout, we also looked at the brands with the most photographs. With over 60,000,000 hashtags and 2,028,000 global sales - that’s the equivalent of 2,963 photos per car sold and a Car Instagrammability score of 296 out of 1,000 - BMW was revealed as the brand people like to show off the most on Instagram.

Audi follows BMW in second position, and with five Audi models in the top 20 most Instagrammed car models, it’s no surprise to see the brand ranking in the top three brands with the most social media clout. Audi claims 28,179,228 hashtags on Instagram and almost 1,700,000 in global sales, resulting in 1,665 photos online for each vehicle sold and an Instagrammability score of 166.

Mercedes, Subaru and Lexus make up the rest of the top five car brands with the most social media clout, each with a score of over 100 out of 1,000.

“Social media is a great way to share an exciting new purchase, though it’s important to share pictures online safely. With many of the most Instagrammed vehicles in our research being worth a significant amount of money, we should always avoid sharing any identifiable information in images, such as a number plate or location details.

“Regardless of whether you post pictures of your car on social media or not, we know how upsetting it would be if it were to get damaged or stolen. We’d always encourage drivers to make sure their car is kept in a safe and secure location, locked up and not open to thieves. But ultimately taking out car insurance is the best way to make sure you are protected should you need to make a claim.”

We compiled a list of 200+ popular car makes and models and used Instagram data to find how many images had been uploaded to the platform for each by detailing the number of times the hashtag #[carmake+model] had been used for each car.