While it’s clear what some signs of the highway code mean, other road signs can sometimes be a lot less obvious.

Understanding what different road sign shapes means for you is important. In fact, ignoring road signs is one of the most common driving test failures.

So, whether you're learning to drive or have had your licence for a while, it can be useful to brush up on your road sign knowledge. 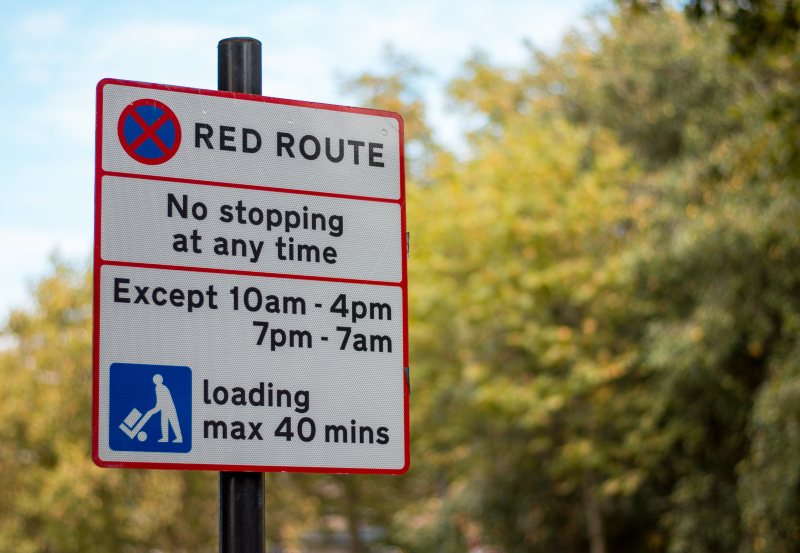 The different shapes let you know what sort of sign you’re looking at. This means that you can get a feel for the general message the sign is trying to show, even if you don’t understand the specifics.

So if you can’t work out what animal is pictured on a sign, you know that because it’s in a red triangle you’re being warned to look out for it.

Road signs generally come in one of 3 shapes. The shape of the sign lets you know what sort of information is going to be on it.

A lot of the time it’s fairly straightforward what the circular order sign is telling you. For example, speed limit signs are pretty self-explanatory.

It can get complicated when what’s on the sign is more abstract. The two signs with red borders, blue backgrounds and red lines on them are easy to confuse. But not knowing what they are could leave you out of pocket.

This sign means you’re allowed to stop to drop off or pick up passengers but you can’t stay for any longer. In some cases, a no waiting sign might be seen with single yellow lines.

This usually means the restriction is only in force at certain times of the day or on certain days. More details should show on nearby rectangular signs.

If the no waiting sign is shown by the double yellow lines, the restriction is permanently in force.

Not to be confused with the no waiting sign, the no stopping sign is a red cross on a blue background with the usual red border.

This applies on certain busy routes, you’re not allowed to stop to set down or pick up passengers. As with the no waiting sign, this restriction might only be in force at certain times.

This usually designates a busy urban road where cars aren’t allowed to wait. The restriction may only apply at certain times of day, usually during rush hour.

These can be found on busy routes, especially in London. Other places that have them includes:

Double red lines means no stopping at any time, but you’re allowed to stop during certain times on single red lines. The times should be signposted.

The give way sign shows as an upside down triangle with a red border.

You're likely to see this sign as you approach a junction. It means you should give way to traffic when approaching the main road, crossing when there's space to do so. You can see the image for this sign later.

This sign is telling you that the road you're driving into has reached a dead end. It's to warn you that you can't go any further, and this applies to cycles and buses as well. You can see the image for this sign later.

Warning road signs are generally red triangles. They let you know of possible hazards. Many hazards have their own signs, some of which are quite common. Others you might only see on certain roads in certain parts of the country.

Looking less like a T than the no through road sign, the broad arrow shows who has priority at the junction.

This sign means that the 2 roads that have been separated by a central reservation are about to join up. The dual part refers to the fact that there are 2 separate roads and not to the number of lanes in each direction.

There’s no attempt at a picture here, just the word warning you that the road will likely be covered with water. Fords can be surprisingly deep, so proceed with caution. You don’t want to have to claim on your car insurance because you misjudged how much water there was.

The gradient is given as a percentage but generally speaking the higher the number, the steeper the hill. The direction of the text and the hill it’s resting on tells you whether the road is going to be steep going uphill or downhill.

Direction road signs are mostly rectangular. Different categories of roads usually have different colour direction signs. Then there are signs pointing to all sorts of things you might need to know the way to.

B. Signs on primary routes have green backgrounds.

C. Signs on non-primary and local routes have white backgrounds with black borders.

Also, signs giving local directions can have various background colours, but brown is most common.

Road signs that give information are rectangular. The background colour should generally be blue or white, but other colours can sometimes be used.

Not to be confused with the T-junction sign, the no through road sign has a blue background with a red horizontal bar above a white vertical bar. These signs can often be seen in residential areas.

This road sign shows as blue and white sign and you typically see it if you're driving around the city.

It warns that if you decide to go down the track you should be prepared to meet oncoming vehicles. If this happens, you might have to pull over into a passing place, possibly in reverse.

If you’re a learner driver, think of it as a way of practising your manoeuvring.

These have the standard blue background and white text, but you need to pay close attention to the bus lane rules of what’s allowed in the bus lane and when. Some bus lanes operate 24/7, while others don’t. Some might let taxis, motorbikes, cycles and even lorries in them.

D. Priority over traffic coming the other way sign

These signs are usually found on narrow roads or where there are traffic calming measures. This one is a blue rectangular sign with two arrows, one white and one red. The big, white arrow pointing the direction you’re going tells you that you have priority.

Sometimes you can tell what a sign is going to say just by its shape. There are 2 signs in particular that fall into this category.

A stop sign is octagonal with white writing on a red background. It means you should come to a complete stop at the junction.

As it’s the only sign in this shape, you should still be able to tell what it's for even if it’s dirty or covered in snow. This is a common design in many countries worldwide.

The give way sign shows that the traffic on the road you want to join has priority.

As with the stop sign, the unique shape is intentional so you can recognise it even if the text is defaced.

Other colours can also be found on road signs:

Learning UK road signs is important to help pass your driving test, but it's only one step in many. As a learner drive, you may also want to check the car you're driving in has learner driver insurance.

When you pass your test, you can get up-to-date on the rules and laws for new drivers.

New driver or not, if you need a memory refresh on road signs the Highway Code can also be helpful.