How to pass your driving test first time

Learner drivers could be waiting up to six-months for a driving test. To make good use of the wait, try brushing up on these simple test features. They might help you pass first time. 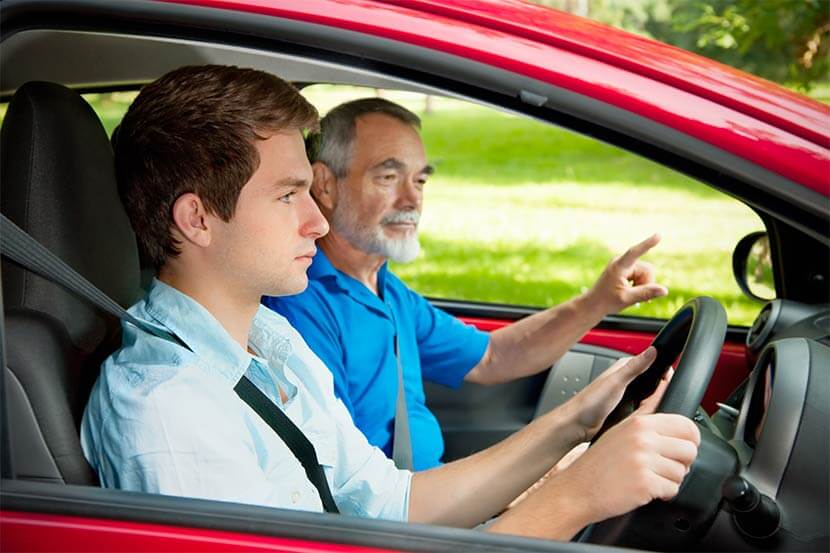 According to the DVLA, in some parts of the UK there's a six-month waiting list for driving tests. The national average waiting time for a driving test is around 15 weeks.

The DVLA is offering to hold driving tests out of hours and at the weekend to cope with the demand.

If you're waiting for a test at the moment, don't let your previous lessons go to waste. Try and brush up on these key skills that could help you pass first time.

Choose the time and location of your test carefully

You have two years from when you pass your theory test to take the practical, so why rush? Sure, no one wants to wait that amount of time, but booking the first available date might not be your best bet.

It makes sense to avoid busy periods at work, such as Christmas if you work in retail, or winter in general given the days are so short.

Also, think about where you’d like to take your test. In many cases staying local could be a good idea. Your instructor and, in time you as well, should be familiar with the area.

But, bear in mind that test centre pass rates differ wildly. Take Birmingham, for example. The 2020 pass rate at the Wyndley test centre was nearly 48%, whereas it was just shy of 32% in eight-mile distant South Yardley.

If you live relatively near to a centre that has a healthier pass rate it might be worth booking there even if you’re not so familiar with the roads.

Instructors normally have a decent idea of the test routes, but they might not spell this out to you, so always inquire. Ask them if you can follow the route so you can learn where the pinch points lie.

Also, practice driving to and off from the test centre via different approaches, as you’ll likely start or finish there at some point. Keep an eye out for tricky junctions, roundabouts and the like.

Refresh on your theory and practice show me, tell me questions

Your driving test should begin with ‘tell me’ and ‘show me’ questions. Both represent your chance to show you know how to carry out safety task.

In the case of the ‘tell me’ question, the instructor should ask before you even turn on the ignition. This could be anything from ‘how can you tell your tyres are road legal’ to ‘how would you switch from dipped to main beam, and be sure the correct headlights are on’.

The ‘show me’ question might simply be ‘show me how to open and close the passenger window’ or ‘how do you put the hazard lights on’.

Incidentally, if you fail to answer correctly one or both of these questions, you’ll receive a fault mark. So, revise your theory including road signs, and ensure you know how your car works.

The UK’s weather is changeable – it could be sunny one moment, a monsoon the next – and drivers need to know how to deal with sudden and potentially extreme conditions.

From the time you get your provisional licence to your driving test date try to get out and about in all kinds of weather. If this isn’t possible with the instructor, do so with a qualified driver who has car insurance that’ll cover you driving.

Check you have everything you need for your driving test

The last thing you want is to rock up to the test centre, only to be turned away because you don’t have the necessary documents:

At the time of writing, a face covering is also required unless you’re exempt from wearing one.

It’s likely that several months have elapsed between your theory test and the driving test. Since then you might have only driven with a qualified driver, rather than kept spending out on lessons, which is fine.

However, it could be worth taking a final lesson in the days leading up to your test, to iron out any bad habits you might have formed. You could use it as an opportunity to quiz your instructor on anything they think you should focus on.

Use the car you learned to drive in

You’re free to take the driving test using the car you learned to drive in or in the examiner’s. Some people think it’s safer to opt for the examiner’s as they’ll have dual controls, just like your driving instructor’s car.

This is true. But there are two good reasons why this might not be the best option by default. For a start, you might not be familiar with this car. Even if it’s the same model as yours, it might feel different, which could throw you. Also, it could suggest you’re not yet confident about your road abilities.

Whereas, you should know the car you learned in. Thinking back to the ‘tell me’ and ‘show me’, you wouldn’t want to be asked where the fog lights were on an unfamiliar car, would you?

Not checking mirrors is one of the most common reasons learner drivers get fault marks in their test. You might be checking regularly, but you must make sure the instructor knows this, so practice exaggerating mirror checks. Don’t overdo it, just move your head slightly as you move your eyes.

Ask the examiner to repeat

It’s important you don’t misinterpret an instruction, which is even more likely given your examiner might be wearing a face covering. If you don’t catch what they say, ask them to repeat it.

Don’t worry, they should know you’re concentrating on the road.

Not many people get though their driving test without making mistakes. Driving tests are conducted in the real world, which is unpredictable. That’s the point of them.

Remember, you’re allowed up to 15 minor mistakes, or faults, and what you think is a fault might differ from the examiner’s view. With this in mind, don’t dwell on errors as this could only lead to driving stress and more mistakes. Just keep concentrating until the test is over.

If you fail your driving test, even if it’s not your first attempt, don’t get upset or switch off. It’s nothing personal, the test is designed to be challenging. Take a deep breath and listen to any advice the examiner has for you.

I’ve passed my test! What do I do now?

The sense of relief and excitement you’ll feel when you pass is tremendous, but keep it in perspective. You might have made mistakes on the test, which your examiner should pass on. Try to listen to them through the fireworks.

You might be allowed to drive on UK roads without a chaperone, but don’t think that makes you Lewis Hamilton. You’ll be among the least experienced drivers in the country, and there are plenty of things that could go wrong.

Annex 8 of the Highway Code provides advice for new drivers on what they should and shouldn’t do. Tips include avoiding driving at night and never showing off.

If you want to hone your driving skills, consider taking a Pass Plus course. These take six hours and are designed to improve your skills and introduce techniques that’ll help you to drive more safely. They might even help get you a discount on your car insurance.

Why people don’t pass their test

Around half of all learner drivers leave the test centre disappointed. In many cases, they’ve made some fairly common, and probably avoidable mistakes.

Here are 10 of the most common reasons why people don’t pass their driving test: