How to pass your theory test

Learning to drive gives you freedom and independence, but you have to earn it. And before you can become a fully-fledged driver, you need to back up your practical skills with hard facts. This is where the theory test comes in. 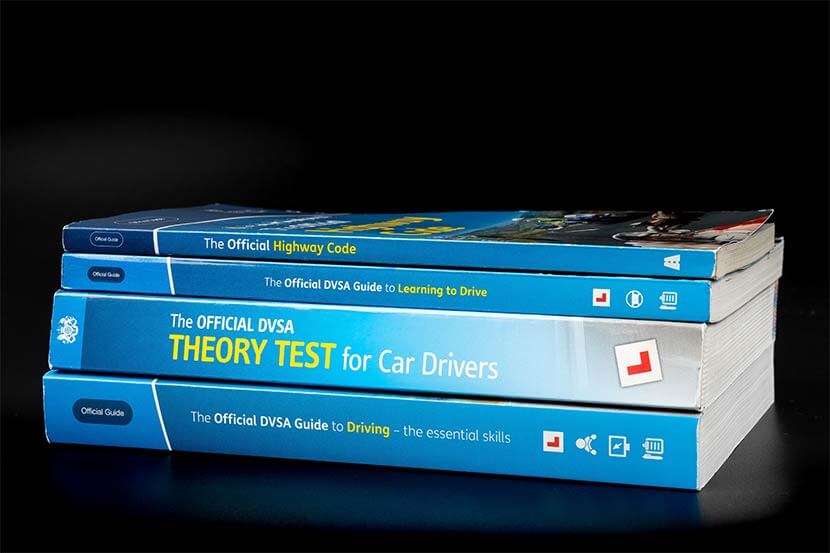 What is the driving theory test?

You’re legally allowed to drive a car on UK roads as soon as you turn 17, so long as you have a provisional driving licence. But to be free to drive alone you need to pass the driving test and get car insurance.

A driving test used to just involve impressing an instructor with your skills behind the wheel. But in 1997 the theory test, which costs £23, was added to ensure that new drivers and other road users are safe.

To pass the multiple-choice part of the theory test you’ll need to answer correctly 43 out of 50 questions within 57 minutes. All questions are shown on a screen with possible answers, and three should ask you about a video clip showing a typical driving situation.

The aim is to prove you know the Highway Code and other rules of the road. If you’re not sure about any questions, you can flag up those you want to return to, and change your answer.

Just keep an eye on the clock.

The hazard perception test requires you to watch 14 video clips. You need to spot a developing hazard as soon as possible, as you can earn up to five points for each one you identify.

One of the questions features two emerging hazards. This means there’s a total of 75 points re on offer, and you must get 44 to pass. You’ll first be shown a short video explaining the process, so you know what you’re in for.

Not only should the video help you get familiarised with the format, it gives examples of the type of hazard you need to find. Here’s one from the GOV.UK website:

A car is parked at the side of the road and isn’t doing anything. It wouldn’t cause you to take action, so it’s not a developing hazard.

When you get closer, the car’s right-hand indicator starts to flash and it starts to move away. You’d need to slow down, so it’s now a developing hazard.

If, having read that example, you reckon the theory test would be a breeze, think again. Just 47% passed the theory test in the year to March 2020 - the last ‘normal’ year before the pandemic hit.

Top tips on how to pass your theory test

Here are a few things to think about before and during your theory test. It pays to be prepared to maximise your chances of passing with flying colours.

Book a theory test date with enough time to practice

You need to have passed your theory test before you can take the practical test.  When you make your mind up about becoming a qualified driver the temptation is to leap in and get all the processes over as soon as possible.

Ambition is great, but poor preparation tends to lead to bad results. So, give yourself time to buff up on all the technical stuff you’ll need to know.

Remember you’ll be expected to get at least 43 questions out of 50 correct. These are plucked from a bank of around 1,000 questions and take time to absorb, so don’t book your theory test too soon.

Also, give yourself plenty of time between the theory and driving test, just in case you need to retake.

Brush up on the Highway Code

The good news is all the questions are taken from three books. You’ll need to be familiar with all of these if you want to pass your test, so crack open your wallet (or visit your local library):

Given the 50-50 chance of passing the theory test it makes sense to have a practice run. Fortunately, the government offers free mock tests for both the multiple-choice and the hazard perception tests.

In the case of the mock multiple-choice test don’t get lulled into thinking these will definitely be the questions used in the real one. Odds are they won’t be.

Prepare for the hazard perception test

Just as there are resources to help you with the rules, regs and road signs, so you can get help with the hazard perception test.

A good starting point is the DVLA guide for the hazard perception test. This is a subscription-based online resource comprising of 130 video clips of possible road hazards. It costs £10 for 30 days access, £14 for 90 days and £25 for 365 days.

There’s also a combined DVLA theory test and hazard perception kit for car drivers, which costs £15 for 30 days, £20 for 90 days and £30 for 365 days. Aside from the 130 video clips of possible hazards, other benefits include nine new multiple-choice clips and the latest revision questions, plus timed mock tests.

Taking the free mock hazard perception test is a sensible idea. It’s online and comprises three test clips that are typical of the kind you’ll face in the real test.

Don’t presume you’ll be asked the same question on the big day, though. Rather, treat them as examples that show you how the test works.

Get out on the road

Just because you can’t take the practical test until you have the theory test under your seatbelt, don’t put off gaining driving experience.

Not only should this help build up your confidence, it should also prove invaluable when it comes to taking the hazard perception test.

Also, don’t just be a passive passenger. By sitting next to a driver and paying close attention to the road you should learn how to anticipate potential hazards.

If you take your driving test at age 17 or 18 you should be a seasoned pro at sitting exams, and this experience is invaluable.

Much of the advice you would’ve been given by teachers applies to the theory test.

Here are some key tips to bear in mind in the run up, and on the day itself:

Take care with the multiple-choice part of the theory test

When you finally sit the multiple-choice test, take a deep breath and compose yourself. You’ve got plenty of time to answer all the questions, so use it. Read each question twice before answering - you’d be surprised how many people misread a question because they rush.

If you’re unsure of an answer, flag it up and move on - you can always come back to it later. Finally, if you complete the test with time to spare start going back over the questions and check your answers. You can always change them.

Take a break between the multiple choice and hazard perception test

The 57 minutes you spend on the multiple-choice test invariably fly by, and you’ll probably feel a mix of exhaustion and adrenaline. This means you’ll either want to roar ahead with the next test or just get it over with.

That’s fine, but you’re given three minutes between the multiple-choice and hazard perception tests for a reason, so use it. Rest your eyes, take a breath and don’t dwell on any questions you either didn’t answer or were unsure of.

Unlike the multiple-choice test, you get one shot at the hazard perception questions, so take extra care. Focus on anything that would cause you to change direction, change speed, brake hard or stop.

Remember the point of this exercise is to spot potential hazards as they emerge, so don’t try to pre-empt something that hasn’t happened. Yes, five points are up for grabs, but if you guess incorrectly – rather than deduce based on what you see – you might get nothing.

What happens if I fail my theory test?

Should you pass you’ll have two years to take the practical driving test, or you’ll need to reapply and pay again for the theory test.

If you fail your theory test you’ll get a letter at the test centre explaining what parts you didn’t pass on. In this case you’ll need to book a fresh test, which costs the full £23, for at least three working days later.

Rebook in the same way you did first time around, although be aware that you might not get the same centre. Also, be flexible with dates rather than get obsessed with retaking the test as soon as possible. You might need more time to revise.

Also, bear in mind you won’t be able to take the practical test until you’ve passed the theory.