Learning the mechanics of driving a car is relatively easy. The bigger challenge is being able to spot potential dangers on the road – and anticipating how others might react.

This is why new drivers are assessed on their ability to foresee these problems with the hazard perception test. Only those who meet the minimum standard are allowed behind the wheel. 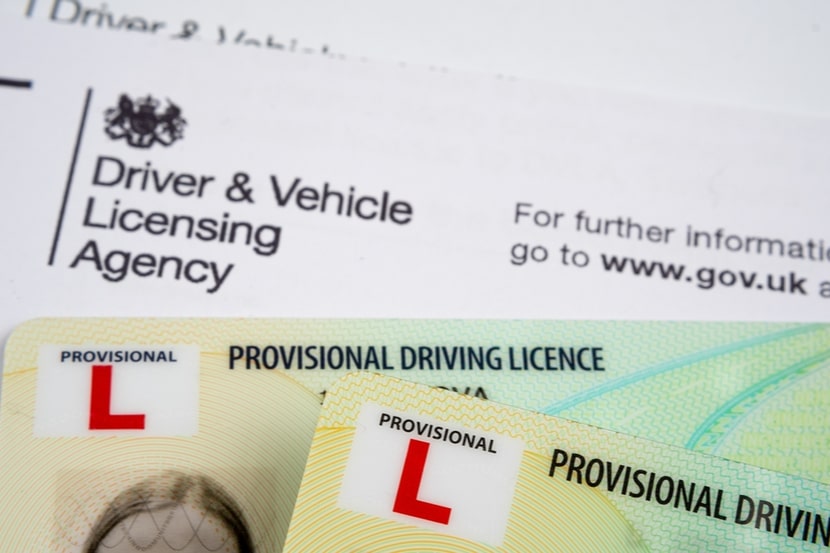 What is the hazard perception test?

The hazard perception test assesses a learner driver’s ability to spot potential problems as they’re driving along the road.

You get points for spotting developing hazards as they start to happen. The quicker you react, the more points you get. Such hazards are defined as anything that might cause you to act, such as changing your speed or direction.

For example, a car parked at the side that puts its indicator on as you’re approaching might require you to slow down. This counts as a hazard.

Knowing when and how to respond to these hazards is important. React too late on the road and you could cause an accident, potentially resulting in an expensive learner car insurance claim. This is why it's important to pass your hazard perception test.

How does the hazard perception test work?

The hazard perception test is one part of the driving theory test. The other part consists of 50 multiple choice questions about driving rules.

You’re shown a video explaining how the hazard perception test works before everything gets properly underway.

You then watch 14 video clips that feature everyday road scenes. Each contains at least one developing hazard, although 1 of the clips features 2.

The idea is to click your mouse as soon as you spot the developing hazard. A red flag then appears at the bottom of the screen to let you know the click is registered.

The maximum number of points that you can score for each hazard is 5. You get top marks for reacting as soon as the hazard starts developing.

You can only spot the hazards in the test if you know what you’re looking for. Make sure you understand what constitutes a potential problem.

Not everything is a developing hazard. A car pulling out of a turning in a safe way ahead of you isn’t necessarily a hazard. But a vehicle hurtling towards a junction could be.

So many great tips can be picked up when you’re a passenger. Get into the habit of watching for potential hazards when you’re not behind the wheel.

Ask experienced drivers to tell you what they particularly keep an eye out for and the potential dangers they’ve seen on the road.

Nothing beats actually trying the tests. This helps you familiarise yourself with what the actual examination is like so there are no hidden surprises.

The more practice tests you do, the higher the chance of being able to spot hazards. It makes sense to be as prepared as possible before taking it for real.

Keep your attention focused as soon as each clip starts as you don’t know when the hazard will suddenly appear. Don’t always expect it to come later on in the clip.

Delaying too long could also cost you points. If you’re not 100% sure it’s a hazard then it’s better to click.

Avoid clicking too many times. It might be tempting to press the mouse constantly to pick up any hazards, but don’t do it!

Pressing too many times is likely to appear to the system that you’re trying to cheat and this could end up going against you. A warning should appear on screen and you then score 0 points for the clip.

How does the scoring work for the hazard perception test?

There are 5 points on offer for each hazard in the test. You get the top mark if you react within a set time to the problem on screen by clicking on the mouse.

The longer the hazard progresses without you clicking, the more points you lose. It gradually counts down to 1 point. If you miss it completely you don’t score anything.

How many marks do you need to pass the hazard perception test?

The overall pass mark is 44. This means you need to score at least 3 points, on average, for each hazard that appears. This doesn’t leave you much room for error.

If you pass the hazard perception and score at least 43/50 the multiple choice questions, you’ve passed your driving theory test.

You then get a letter with a pass certificate number at the test centre. You need to use this when you book your practical driving test.

The pass certificate number lasts for 2 years. If you don’t pass your driving test within that time, you have to retake and pass the theory again.

However, if you fail, you need to take both parts of the theory test again. A letter should tell you on which parts you failed to make the grade.

The good news for young drivers, however, is that you only have to wait 3 working days before being able to take the test again.

What is the point of a hazard perception test?

The hazard perception test was created to ensure drivers are aware of the potential dangers on the road that can happen at any time. It also shows that they can react to them quickly enough to avoid an accident.

Hazard perception was introduced into the car and motorcycle theory test back in 2002. At that point video clips were used to examine a candidate’s awareness of issues on the road.

In 2015, these clips were replaced by computer-generated imagery (CGI) as modern technology enabled better quality images.

By using CGI, DVSA can introduce clips illustrating situations with vulnerable road users such as children and cyclists – without putting any real humans at any risk.

In 2018, it was announced that a wider variety of weather conditions would be introduced to add even more realism to the hazard perception tests.

The idea was to test drivers’ abilities to spot such issues during commonly experienced conditions such as fog, rain, wind and snow.

The changes followed Department of Transport figures for 2017 that revealed 16,406 accidents happened in rain, sleet, snow, or fog. Of those, 205 proved fatal.

In 2021, figures reported 12,583 accidents in the same adverse weather conditions.

How long is the hazard perception test?

The first point to note is that you can see a video of how the hazard perception test works before everything starts. This should help keep you calm and let you know what to expect.

The hazard perception test lasts for 20 minutes. It’s also worth pointing out that once it starts it can’t be paused or stopped. You also only get 1 chance at each of the clips.

The idea is to recreate what it would actually be like on the road. When something happens for real you need to react immediately and don’t get a second chance.

Can I take a hazard perception practice test online?

Yes, you can. You can view 3 practice hazard perception test clips for free. These show everyday road scenes and contain one developing hazard that you need to spot.

However, you can also get instant online access to official practice questions, along with more than 130 hazard perception video clips if you buy a subscription.

There are three subscription options:

All the clips can be used on smartphones, tablets, laptops or desktop computers.

Of course, you don’t need to have tried the CGI clips in order to take and pass the test but it makes a lot of sense.

The motorbike hazard perception test works in exactly the same way as for car drivers. You watch 14 video clips and click the mouse when you see a developing hazard.

All of the clips contain at least 1 hazard, although one features 2. You get a maximum of 5 points for spotting a hazard as soon as it starts developing.

The motorbike hazard perception test a mandatory part of getting your motorbike licence.

The hazard perception test for heavy goods vehicles (HGVs) works in a similar way to the car version.

However, there are 19 video clips, containing a total of 20 developing hazards.

You only get 1 chance at each clip, and to pass you need to score 67 points out of a possible 100. If you fail to reach this standard, then you've failed the test.

You need to pass the HGV theory test before you get your HGV licence.