Brush up on your driving skills and avoid these 10 most common driving test fails.

According to the Driver & Vehicle Standards Agency, the driving test pass rate in 2020/21 was 49.8%. That means that just over half of all attempts were failures.

So what are the most common mistakes that can lead to a driving test fail? If you're a learner driver yourself, or if you’re helping a learner driver, mastering these 10 areas could help you focus your efforts ahead of the test. 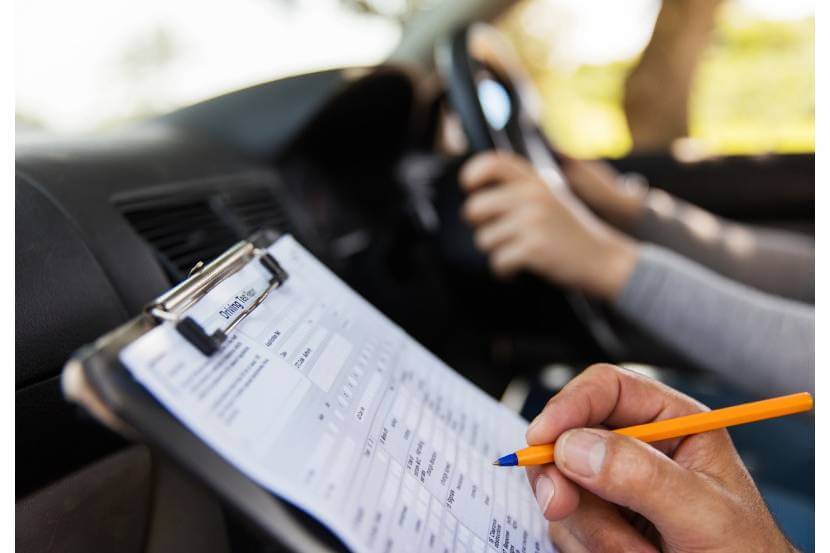 How many faults are you allowed on your driving test before you fail?

If you get 16 or more minor faults, your instructor would fail you on the driving test.

But if you make the same minor fault repeatedly, it shows the instructor that you've not mastered this skill and they're likely to fail you. Even if you haven't reached 16 minor faults.

What are the serious faults in a driving test?

A 'serious' fault is a driving mistake that would've been dangerous if someone was there. For example, you're changing lanes and forget to check your mirrors. Nobody was there, but you could've caused an accident by not checking.

A 'dangerous' fault is a mistake that endangers yourself and other road users. It usually requires the intervention of the examiner.

Both serious and dangerous faults are known as a 'major' fault. If you get a single major fault, it means an immediate fail. But your examiner would expect you to continue the test as normal and won't tell you you've failed until the very end.

1. Not making effective observations at junctions

Junctions can be a headache for inexperienced drivers. There are cars coming from all angles, and it’s a job to judge their speed and whether it’s safe to move out.

When approaching junctions, an extra degree of caution doesn’t hurt. Assume that all the other drivers aren’t paying attention, and make sure it’s safe to move onto a new road.

Before you take any action with your car, you should use your mirrors. Never assume that your path is clear.

Use your mirrors whenever you slow down, change gear, set off or change direction. Get into the habit of regularly checking them, even on long, straight patches of road.

If you’re a learner, try moving your head a little to look at your mirrors instead of moving your eyes. This should make it obvious to your instructor or examiner that you’re using the mirrors.

This is particular to turning right at junctions.

When you’re driving normally, you should remain as close to the centre of your lane as is safe to do so.

Then, when turning right, position your car towards the right of your lane. This lets other cars pass you safely. If you’re coming up to a roundabout with a right lane, use that if you’re turning right.

Driving through a red light is bad no matter what your level of experience. That’s not only failure territory – it’s downright illegal.

But it’s also bad to stay at the lights once they’ve turned green. Maintain your focus and move off as long as it’s safe to do so.

And if there’s a space for cyclists at the traffic lights, stay behind it, even if there aren’t any cyclists in sight.

5. Not having proper control of the steering

The key word here is ‘control’. You need to show that you’re in control of the car at all times.

These positions let you pull the steering wheel to the left or right with 1 hand, while your other hand slides to meet it. This pulling and sliding method lets you maintain control of the steering at all times.

You should never cross your arms while steering, and never let go of the wheel when turning.

And mounting the kerb while driving is never a good thing.

It might sometimes feel like there are too many signs on the road. But ignoring them could mean you put other drivers at risk.

7. Not responding correctly to road markings

Make sure you keep your eyes on the road and don’t ignore road markings such as ‘Stop’ when you arrive at a junction.

8. Poor control of the car when moving off

Finding ‘the bite’ and moving off smoothly is a skill that takes time to build. And stalling the car is something that happens even to the most experienced drivers.

But what could cost you the test is repeatedly stalling the car. Or, worse still, stalling and then rolling back.

Take your time to find the right balance of clutch and accelerator before attempting to move off. And try not to let yourself get flustered – that’s when you’re more likely to make repeated mistakes.

As mentioned earlier, stay in the centre of your lane as long as it’s safe to do so.

Keep an eye on how you move when using a roundabout, especially those without lane markings.

Follow the curve of the roundabout and avoid moving into an area where other cars could be coming up behind you.

Forgetting to check your blind spots before you move off from a stationary position is the first thing you should be marked on during your test. Get it right and you're off to a good start.

How many people fail their driving test?

The government publishes regular stats on how many people pass and fail their driving tests. Between January to March 2022, for example, the pass rate is 47.1%.

We estimate that it costs more than £1,200 to learn to drive, assuming you pass first time. So it’s worth your while getting it done right rather than rushing the process.

If you can, get some more practice under your belt outside of your lessons. Make sure you have car insurance cover for a provisional licence before you set out.

If you want to boost your chances, there are a few tips you can follow to pass your test first time.

What should you do if you’ve failed your driving test?

There are a number of things you can do to help overcome any failure and improve your chances of passing next time. For example: