We’ve all heard these ‘hacks’ from friends of friends on how to get out of speeding fines. But are any of them true? GoSafe clears up the confusion on some of the most common speeding misconceptions. 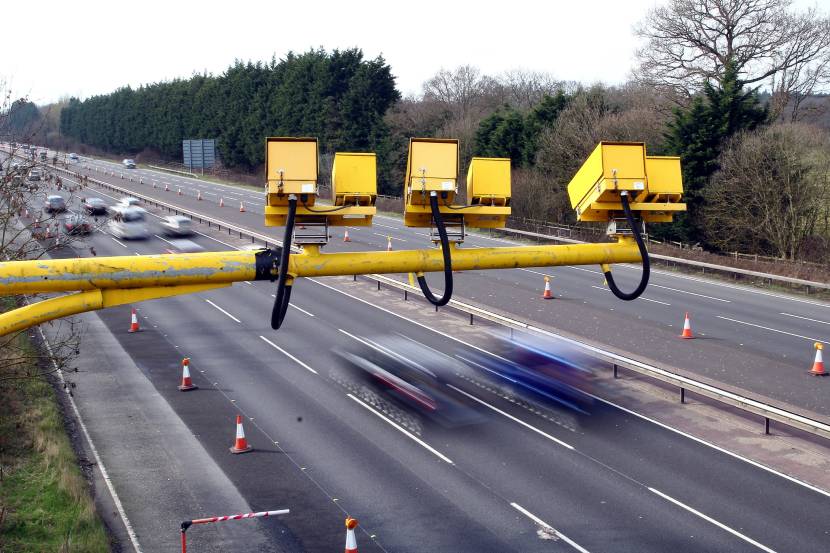 According to government statistics, 50% of cars broke the speed limit on motorways between January and March this year.

Even more worryingly, on 30 mph roads, 56% of cars broke the speed limit.

Almost four in five (79%) drivers admit to having broken the speed limit at some point*. And more than two in five (42%) have been caught doing it.

With so much misinformation and confusion, we decided to set the record straight. We spoke to GoSafe – Wales’s road casualty reduction partnership.

Many people believe there’s a 10%+2 mph tolerance on speed cameras. Is this true?

Almost a quarter (24%) of drivers said they were confused about speed camera tolerances.

"The speed limit is the maximum speed – it’s not a target speed.

"This takes into consideration any variances in speedometers. This doesn't apply to police officers – they can enforce at different levels."

Is there an automatic ban on certain speeds above the limit?

"No. But it’s commonplace that people lose their licence when their speed is double or over 100 mph on a motorway.

"It all depends on the circumstances. That’s at the discretion of the court hearing the case."

To see the sentencing guidelines on speeding, visit the Sentencing Council website.

Are speed awareness courses noted on your licence in the same way as penalty points?

"This is to assess your eligibility for courses in future i.e. if you re-offend within three years."

What happens if I don’t attend my speed awareness course?

"If you fail to attend your course, the police are notified. You’ll either get a fixed penalty notice or the matter may go to court.

"If you can't attend a course for health reasons, you should get in touch with the course provider.

"Depending on the course provider, you may have to pay a fee to re-book. Check the terms and conditions of the course to be sure."

What happens if I’m caught speeding after attending a speed awareness course?

"You can only go to one speeding awareness course in a three-year period.

"If you’re caught speeding again within the three-year period you’ll usually get a fixed penalty notice."

Do you have to be notified (via a sign etc) that a speed camera is present (either fixed or mobile)?

"You can see safety camera signs on routes leading to sites where fixed cameras operate.

"This isn't a legal requirement. The mobile sites operated by GoSafe have no requirement to have a camera warning sign.

"You should use speed limit signs or street lighting to show the maximum speed. The absence of a camera sign doesn't make it okay to speed."

Is it okay to flash another driver to warn them about a speed camera?

"Flashing other motorists can amount to police obstruction.

"To get a charge of police obstruction, a court would consider:

Is it possible to drive fast enough that you don’t set off a speed camera?

"No – there are many cases where cameras have caught vehicles speeding at excessive speeds. One example is a supercar that was recorded travelling through Texas at 242 mph."

Can you be penalised for driving too slowly?

"Yes, if it’s slow enough to cause other driving offences.

If a person drives a mechanically propelled vehicle on a road or other public place without due care and attention, or without reasonable consideration for other persons using the road or place, he [sic] is guilty of an offence.

"Without reasonable consideration’ is a subjective test. It's something that the court decides based on the evidence.

"It can also include:

* Figures taken from omnibus research carried out by OnePoll on behalf of Confused.com. This was an online poll of 2,000 UK motorists. The research was conducted between 22 and 24 February 2021.