What is remapping a car?

Car remapping is a technique used to help squeeze extra performance out of your car – and it’s growing in popularity around the world.

It was once the preserve of drivers with well-equipped garage facilities and a desire to give their vehicles an edge. Now it’s available to just about anyone.

Here we explain the concept behind remapping a car, look at how it can improve your car’s performance, highlight problems that you may encounter and how it impacts car insurance. 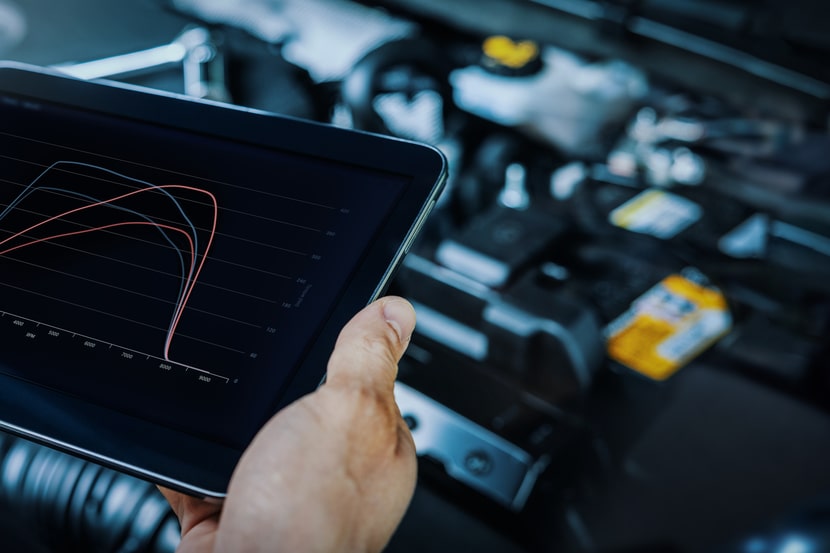 What is car remapping?

Remapping – sometimes referred to as ‘chipping’ – is the relatively straightforward process of enabling an engine to reach its full potential.

The technique enables you to access the Engine Control Unit (ECU) and override the manufacturer’s settings. As an aside, ECU also refers to electronic control units that look at various elements in a car.

This act of reprogramming the ECU could increase its power and torque. If it’s done correctly on a suitable car, the difference in performance should be immediately noticeable.

The good news is that remapping doesn’t require major surgery to your engine – or require buying high performance parts that cost a small fortune.

You also won’t have to spend weekends under the bonnet trying to figure it all out. There are plenty of auto tuning garages that specialise in this kind of work.

What would remapping do to my car?

The ECU is central to the whole process. In fact, to properly understand what happens during a remap requires knowledge of its role in your car.

These small devices have been fitted as standard to cars since the early 1990s and are responsible for controlling a variety of functions. They’re complex and constantly being improved.

The importance of the ECU in your engine can’t be overplayed. It’s effectively the brain that processes information from various sensors and controls factors such as torque.

Manufacturers set the ECUs to allow a certain level of performance. This depends on considerations that include local regulations and fuel efficiency.

The software in these ECUs affect various factors, such as ignition timing and the boost pressure of its turbocharger. The goal for remapping experts is to modify these operating parameters.

Remember, manufacturers don’t always want to optimise a car’s power. They’re looking to strike a balance between performance and longevity.

Of course, such compromises are understandable  – especially if a car’s primary role is for use on the daily commute, rather than tearing along open country roads.

How to remap my car

The idea of remapping is to make alterations to the software installed by the manufacturer to enhance how the engine delivers performance.

The process involves reading the existing ECU and then adjusting various parameters that restrict important elements such as its torque and power.

In this way, it’s remapping by overwriting the engine’s existing map. This means it’s no longer restricted in ways that it had been previously.

While remapping is relatively straightforward, it’s not something you should tackle yourself.

Leave it to the experts at a reputable remapping garage. If you have a go yourself – especially with a new car – and it all goes wrong then you could be left with a sky-high repair bill.

How much does it cost to remap my car?

The cost of remapping depends on the car. It’s also important to do your research as some garages won’t be able to carry out the procedure on every car.

The prices charged are also likely to vary. As a very general rule, it’s likely to set you back between £200 and £400. However, you can compare quotes from a number of garages before committing.

There are 2 kinds of remapping - stage 1 and stage 2.  Each offers something slightly different, and comes with its own cost.

What are the advantages of remapping my car?

What are the disadvantages of remapping my car?

Does remapping affect my car insurance?

It would be wise to check with them before you have the procedure carried out as you might find they refuse to provide cover.

Hopefully, they agree immediately or ask you for a slightly enhanced premium. If you’ve already had the car remapped then you also need to come clean to your insurer immediately.

Do I need to tell my insurance provider if my car engine is remapped?

You might be tempted to keep your trip to the remapping garage to yourself.

While your insurer probably isn’t in the habit of popping round to make spot checks, you don’t want to run the risk of them finding out that you’ve misled them.

Failing to declare modifications won’t go down well. It could also invalidate your insurance, meaning they refuse to pay out should you be involved in an accident.

It’s simply not worth the risk. Similarly, if you buy a car and suspect it’s been remapped it may be worthwhile getting it checked by a specialist.

If it has been done then you need to tell your insurance company for exactly the same reasons as if you’d had the procedure carried out.

How long does it take to remap my car?

Remapping the ECU won’t take long at all.

Generally, it can be completed in less than an hour. In fact, a qualified specialist should be able to remap the engine in about 30 minutes.

What are the best cars to remap?

An expert should be able to tell you whether a remap will actually work for your vehicle and the likelihood of you noticing any difference after it’s been carried out.

Given the number of enhancements that remapping can make, there’s no one-size-fits-all list of cars that are best suited to remapping.

But, generally speaking, having these could mean you benefit more from engine remapping:

Is it safe to remap my car?

Yes, it’s regarded as being safe. While nothing is 100% guaranteed, reports of damage to engines are thought to be rare.

Is car remapping bad for your engine?

No, it shouldn’t be bad for your engine – as long as it’s been carried out by someone that knows what they’re doing. However, remapping is likely to put an extra strain on your engine

Can any car be remapped?

No, not all cars can be remapped – largely due to their age – although the vast majority of modern vehicles are equipped with ECUs. Also, not every vehicle should see the benefit of engine remapping.

Will I have less fuel efficiency if my car is remapped?

Opinions vary on this point. In theory, remapping should increase your car’s fuel economy. However, as it should result in increased power, whether it ends up guzzling more fuel depends on how it’s being driven.

Where can I remap my car?

If you decide to remap your car, lots of local garages should be able to carry out this service for you. But make sure you do your research and go with an legitimate garage.