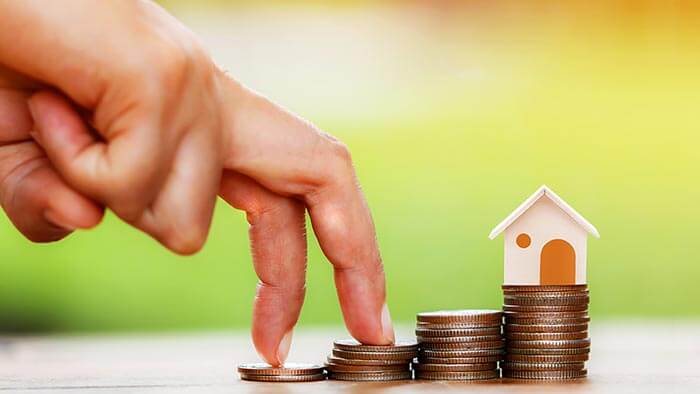 You might be tempted to pay off your mortgage early if you have a lump sum, or you’re selling up. But it could cost you.

What is an early repayment charge?

An early repayment charge, or ERC, is a fee that’s paid to your mortgage lender for paying off some types of mortgages early.

Usually the charge applies to mortgages with a fixed, capped or discounted interest rate.

ERCs are normally charged during a certain term of the special interest rate mortgage.

For example, with a five-year fixed mortgage, you might get an ERC if you try and pay anything off before the end of the five-year term.

Sometimes ERCs run beyond this point, so make sure you check your mortgage deal’s paperwork.

How much are early repayment charges?

Every lender varies, but the ERC is usually 1-5% of the outstanding mortgage.

For some mortgage deals, the ERC percentage goes down year by year. For example, if you had a five-year fixed interest rate mortgage, you’d start off with a 5% ERC in year one, which reduces to 4% in year two then 3% in year three and so on.

Let’s look at how this type of repayment charge might work using a five-year fixed interest rate mortgage example:

The charge covers the costs to the lender if you end up paying all or some of the mortgage earlier than the agreed term or deal period.

Can I make early payments on my mortgage without charges?

In some cases, yes. With most mortgages, you can repay 10% of your outstanding loan back every year without getting charged.

If you did overpay though, charges would apply to the portion of money over the allowed payment.

Make sure you check the small print of your mortgage deal before you do this, as each lender varies.

When might I have to pay early repayment charges?

You could expect to pay an early repayment charge if you decide to remortgage too early.

People will often remortgage to find a better mortgage deal, but you could get an ERC if it’s within your special interest rate period.

The ERC could apply if you switch by as little as a day before the fixed term ends. Make sure you check your mortgage terms carefully.

In some situations, you may have no other option but to pay an ERC, for example:

If you’re moving to a property that’s cheaper. Sometimes you can take your current mortgage with you, which is known as ‘porting’ your mortgage.

But if you’re going for a cheaper property you might be in the position to pay back what you owe to the lender. If you’re still within your fixed period, you might face an ERC.

If your request to port your mortgage is turned down. Sometimes this happens if your circumstances have changed. For example, if you’ve become self-employed or you’re having to pay off debts.

In this case, you’ll have to remortgage elsewhere. And if it’s within the special interest rate period you might be charged.

Should I pay early repayment charges?

In some instances, the early repayment charges could be worth it if you’re going to make significant savings on interest or if the lender is offering you better terms.

How do I avoid early repayment charges in the future?

Once you’ve finished your fixed term or discounted mortgage you’ll usually be moved onto a standard variable rate (SVR) mortgage.

This is usually the lender’s most expensive deal, as the lender can set its own interest rate.

But one positive is that you don’t usually have to pay an ERC with an SVR. It could be a good option if you know you’re going to move in the immediate short term.

Or if you’re getting a lump sum that could be used to pay off your mortgage.

What should I consider before making an early repayment?

Before you make any early repayments, you should consider a few things.

If you have any outstanding debts, you should pay them off first. It could be that the interest rate on smaller loans are much higher than your mortgage.

It’s also wise to keep a pot of money for emergencies. For example, if your car or house needed an urgent repair.

Sometimes lenders will offer discounts on legal fees, some might even give cash back. You may have to give these discounts back to the lender if you pay off your mortgage early.

Are there any benefits to overpaying?

You might reduce the amount of years left on your mortgage.

That saving may mean that in effect you’ll end up repaying your mortgage 18 months early.

Thinking of getting a mortgage? Check out your options.