Some car cover policies look stuffed full with T&Cs and legalese. No wonder we feel confused. So let’s be safe and sorted. 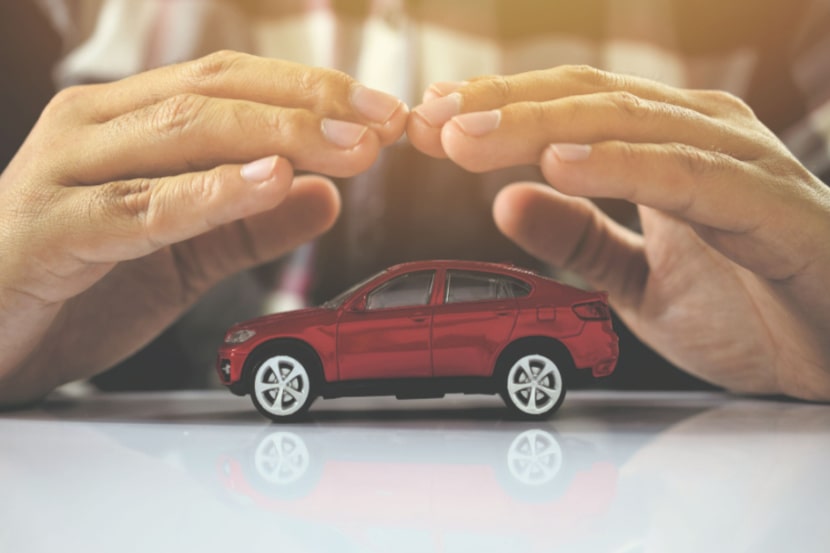 Will a non-fault accident affect my insurance?

The short answer is it might. In a perfect world a no-fault accident shouldn’t hit your car insurance policy.

But car insurers know that if there’s non-fault claim history, there’s a bigger chance of a claim in future.

And they’ve the risk statistics to prove it too. Have a think about that innocuous-sounding question ‘have you had any claims or incidences in the last three years?’

So don’t be surprised, then, if your policy is more expensive the following year after a non-fault bump.

The major drawback of a non-fault accident might be damage to your car. Your excess is often exposed but could be waived if the other party admits 100% liability.

Any claim, whether your own fault or not, shows that there’s a risk of damage to your car.

This might seem a bit unfair, especially if the incident is a bout of anti-social behaviour. Vandalism, for example. Or even a hit-and-run incident.

This is where no-claims bonus protection, if you have it, can come into its own. So yes, a non-fault accident could affect your car insurance.

What happens to my insurance if I claim on someone else’s policy?

Again, any claim – whether on your policy or another driver’s – risks your insurance costs rising when renewal rolls around.

Of course, if the accident wasn’t your fault, it’s less likely you’ll see a large rise. But any claim puts pressure on your premium, incremental or otherwise.

In the glam world of insurance risk, that’s how it works.

Every accident or incident must be reported to your insurer, even if you’re not at fault.

Most insurers keep your claims and incidents record for at least five years. Some may extend this to 10 years. And failing to disclose accidents to your insurer risks invalidating your cover.

What can void my car insurance?

Lots of things can invalidate your policy so do keep your declaration clean and honest. If your insurer invalidates your insurance policy you could be left high and dry.

If you’re at all unsure on any of the details, give your insurer a quick call to check. Honesty is the best policy.

Two top voids to avoid – and an extra sly one

If a parent registers a policy in their name but their child is the main driver of the vehicle, that’s fronting.

There’s no formal definition of fronting. It’s one of those handy short-cut words covering a wide spread of deliberate fraud or misrepresentation.

There’s nothing wrong with a named driver at all – unless they’re doing more mileage than the main driver.

A modified car here might mean anything from supercharging to stripes and spoilers. Even adding air conditioning if it’s an older car. Not all modding changes will void your policy though.

If any changes are made UK law says you must let your insurer know. But it’s often a good idea to have a chat with your insurer before you make any changes. Even with something fairly minor.

If you’ve bought a car already modded you must still let your insurer know.

To keep your insurance costs low, try and avoid mods altogether and keep your wheels original and vanilla.

Many new cars are sold with non-standard extras. There’s a huge range, so don’t forget to add these onto your policy.

Non-standard safety extras like autonomous driving aids could lower your premium too – so always disclose these.

Even minor headlight changes can be a modification. So take care, especially if you’re buying used.

Changing where you park your car (be careful!)

If you’re lucky enough to have your own garage or driveway, do use it. Your insurer will usually ask you where you park your car overnight as part of the policy.

If you declare that it’s parked off the public road and you park on the street instead, your insurer could argue that you’ve not been honest about the policy.

What happens if I don’t tell my insurer about an accident?

It depends if you need to. Generally, you should. A small ding in a supermarket car park could be shrugged off and your no claims kept intact.

Or you may come to an arrangement with the other party.

But a bone fide road accident is different.

If you don’t let your insurer know they could have the right not to renew your policy.

Also, if you don’t report an accident and you uncover hard-to-see damage later on, you might feel you want to claim.

So generally it’s better to report every incident to your insurer, even if it’s on a ‘for information only’ basis.

Choosing the right class of use

Another insurance trap to avoid is miscalculating your car's class of insurance.

There are six in total. They go from the standard Social (also called Social, Domestic and Pleasure or SDP) right through to Commercial, including business use.

You might need business use cover if you’re an NHS health care worker role visiting clients, for example. Or you drive co-workers from site to site in your own car sometimes.

The rise of homeworking during the 2020-2021 pandemic saw lots of people avoiding public transport. Many used their cars to get to work instead.

But if your car has the wrong class of use and you have an accident, your insurer could refuse a claim.

Also, some insurance classes like business use contain multiple niches within them. It can get a little bewildering.

So, take care to narrow down the right class of use your vehicle and your work and social life slot into.

And if this changes, let your insurer know immediately. A small goof here could cost a lot – so don’t risk it!

Am I entitled to a courtesy car?

If your driving life’s rudely forced off the road, you could be entitled to a courtesy car.

Like all insurance traps though, this one may shut a bit sharpish. Or, leave you more financially exposed than feels comfy.

What’s the issue? Well, if you’re involved in an accident and the other driver was at fault, it’s usual to claim a courtesy car on their insurance. Even if your own policy doesn’t provide for one.

But if the accident is your fault, you’re only entitled to a courtesy car if it’s promised in your cover. And if your car’s written off as a result of an accident, or is stolen, a courtesy car may not be offered.

So, take a hard look at your policy. And if your livelihood is made out on the road, then adding a courtesy car to your policy might be worth considering

What happens if I have an accident in my courtesy car?

The good news is that a courtesy car is likely to have the same level of accident cover as your existing policy.

That means if you have an accident in the replacement vehicle, you should only have to pay your excess. And of course, if it’s not your fault, this should be refunded.

But it’s worth checking to see what your insurance company says. Some policies can be rather less ‘like-for-like’ than others.

Some might only offer third-party insurance, and a few car insurance policies might not cover the replacement car at all.

If I’m insured, can I drive someone else’s car on third-party insurance?

First, look at your policy to see if you driving other cars (DOC) added to your policy. We say that as a lot of drivers assume it’s automatically covered through their comprehensive cover.

It’s not always the case. There’s also something of a trend to whittle this benefit down.

In the past, most fully comprehensive policies covered you for DOC. But only on a third-party cover basis.

Say you hop into a friend’s car to drive them home because they’re worse for wear after a night out.

If there’s an incident, you’d only be covered for the other vehicle’s repair costs. But there’d be no cover for your friend’s vehicle.

It could be an expensive night out and put strain on the friendship to boot. Although we can be in full control of our own driving when out and about, we can’t control other people’s responses.

Your car insurance policy details are usually easily available online. It’s easy to check the T&C’s on most policies, though you’ll likely have to register online first.

Can you keep the money from a car insurance claim?

Sometimes you can. But it depends on whether you own the car outright, or not. Lots of us buy our vehicles using car finance these days.

If you own your car outright and your insurer declares it a write-off, then they think it’s too expensive to repair.

So, your insurer could send you a cheque as part of the settlement. It’s up to you to decide what you do with it.

Since late 2017 there’s four separate write-off categories. If your damaged vehicle falls into Category N – a car with non-structural damage – you can still legally continue to drive it.

You could also have the car economically repaired by a trusted local garage, if you prefer. So, there’s some leeway about.

Make sure you contact the DVLA and let them know about any new write-off designation.

Owning a car that’s written off could make your insurance cost more expensive in future. It also, not surprisingly, likely reduces its resale value.

What damage does car insurance not cover?

Does your car insurance cover you for everything? You won’t be surprised to hear it doesn’t. A good quality insurance policy though should cover you for the basics and more besides.

However, some policies may leave out cover for several different situations including:

Vandalism. That’s because lots of insurance companies classify it as an ‘at-fault’ or ‘non-fault’ claim. An insurance company can’t claim off a vandal unfortunately, however unfair the situation is.

Filling your fuel tank up with the wrong fuel, which can mean very expensive repairs if not dealt with quickly.

Personalised number plates. If your insurer classifies your car as a write-off, the personalised registration plates may still be linked to the vehicle. Which the insurer could have rights to.

A registration plate always moves automatically with the vehicle, not to the person who bought the plate originally.

If you’ve a got a valuable registration plate, watch out for this. You can contact the DVLA to get the plates removed and put on your next car.