Skip navigation
Retrieve a Quote My account
You are here:
25 Jul 2018

Motor insurers work out premiums based on statistics. If they spot a pattern, they can use it to charge you a different premium, or even refuse to insure you altogether. 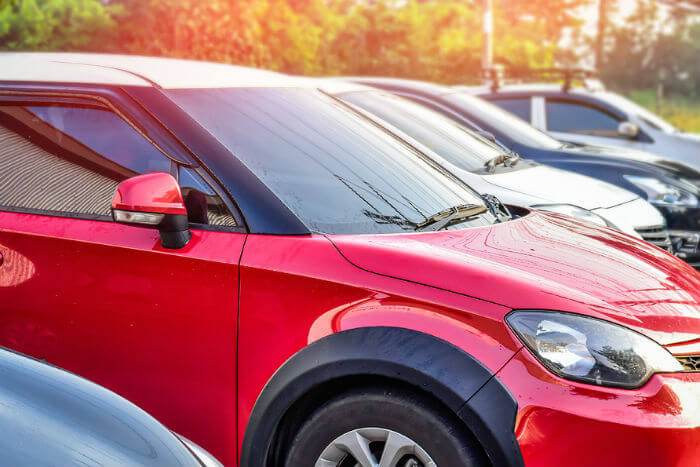 Here are some of the strangest patterns that insurers have found which will make you more of a “bad risk”, in their terminology.

Paint some lines down the centre of your roof and dozens of insurers no longer want anything to do with you.

You will have less choice of insurers and cheap car insurance will no longer be an option.

Many insurers don't want any customers with modified vehicles, no matter how harmless the customisations are.

It's that many insurers have found that people with any modifications whatsoever tend to have more accidents, and they don't like it.

You should report any crimes for which you're not classed as rehabilitated – not just driving convictions.

Many people don't know this and surely some try to hide it, but if you were to be caught, your insurance might be invalidated.

The downside is that fewer insurers will insure you and some will charge a higher premium.

If you move from being an office administrator to journalist at the same company, your insurance premium could be hiked by 20 per cent.

You're still sitting in the same seat and you're still typing on a keyboard most of the day, but suddenly insurers see you as a different risk.

Some websites recommend that, when you're doing a car-insurance comparison and choosing a career from the choices given to you, you play around with it to get the best quote. I would advise against this.

Sure, if you admit to being a motor engineer you might have to pay 17 per cent more than someone who merely selects the option 'Engineer', but it is your legal duty to disclose the facts, and to do so as accurately as possible.

When a car insurer asks if you're a homeowner it's not simply to check if it can cross-sell you buildings insurance (although it may do that if you don't untick the appropriate box!).

Insurers believe that homeowners make safer drivers and they have lots of statistics to back this up. Hence, renters could expect to pay higher premiums.

Smoking could cost you

Some insurers charge extra for smokers. If you smoke whilst you're driving you'd use your hands to do so and it could be argued that your full attention isn't on the road.

However, this usually isn't a problem when you use comparison sites instead of brokers.

The lines are blurred with comparison sites, because they should ask every question that interests all the insurers it quotes, but often they don't ask about smoking.

You still have a duty to separately disclose anything exceptional, but smoking can hardly be seen as exceptional. Hence, it's generally accepted that you don't need to call your insurer in these circumstances.

Insurers want to pay as little as possible, but if a car is very cheap, they get worried about safety and about how reckless you might be with your old banger.

If you value your car at £500 and that's the estimate you put to your insurers, some will mark up the price of your insurance.

However, if you look at your car and think that maybe it's worth £1,000, that's not so bad in many insurers’ eyes.

Read more advice on the cost of motoring