How to protect yourself from pram theft

Buggy, pram or pushchair – whatever you call yours, it’s an essential item for any parent and baby. However, with some travel systems costing well over £1,000, buggy theft is common. 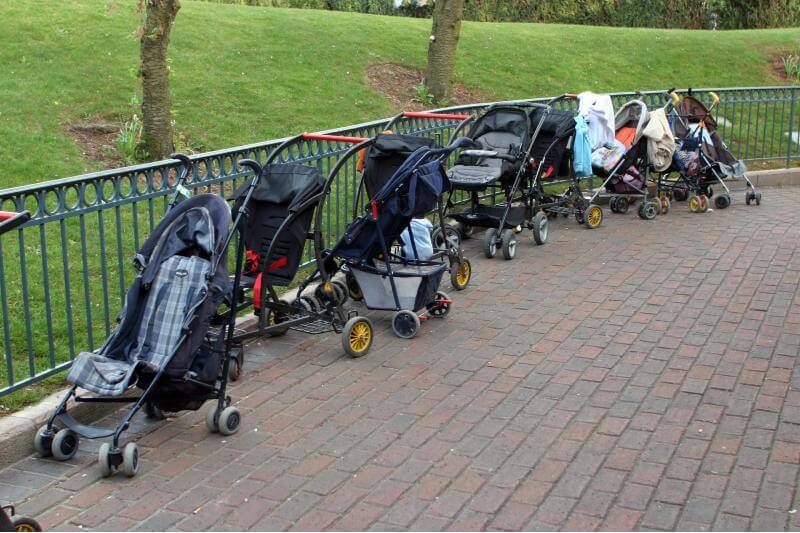 Cast an eye around any soft play centre, theme park or cafe and you'll likely find abandoned and unsecured pushchairs lined up in the corner.

They’re therefore tempting to thieves who could easily sell them on.

A pram could be the single most expensive baby purchase made by parents. So much so that it could be considered a high-value item.

So how can you secure your pram? And can you insure it?

Here we provide practical advice on keeping your pushchair safe when away from home. We also review the pros and cons of four pushchair locks.

Think of your pram as you do your bike or car and secure it with a pushchair lock.

There are many different types available, but they're all designed to act as a deterrent and prevent opportunistic theft.

By fastening your pushchair to an immovable object or by using a stroller wheel lock, you reduce the chance of it being nicked.

Later we review four buggy locks, looking at how they work and how much they cost.

Some attach as simply as pram clips but with combination codes included, others come with retractable cables.

Label or mark it

Labelling your pushchair with your name should help you to quickly identify it and reduce the risk of it being taken.

It might slightly ruin the aesthetics, but it's better than the alternative of no buggy at all.

Also consider writing your details with an ultraviolet (UV) marker pen, keeping original receipts and noting down the serial number.

This helps the police to return a stolen pushchair to its rightful owner.

Many pushchairs can be disassembled in some way, so consider using this to your advantage when leaving it out in public.

Removing a wheel or taking off the handlebars might make it more difficult for someone to physically escape with your pushchair.

Plus, it might make it less attractive to thieves in the first place because it doesn't look complete.

If you have to park your buggy, make sure you don't leave any possessions in or on it.

If a pushchair is piled high with shopping bags, handbags and coats, thieves could be drawn to it.

Use a cheap spare

It might be worth investing in a cheap umbrella fold pushchair as a spare.

It’s useful for times when you know you’ll need to leave your buggy unattended.

The risk of theft might feel less concerning if you didn’t spend thousands of pounds on it.

Alternatively, you could leave your expensive pushchair at home on these occasions, or locked in a car boot, and use a baby carrier instead.

Can you insure a pram?

Yes – under your home insurance policy. Even if you follow the advice of securing your pram or pushchair, it could still be stolen. And you could be out of pocket.

Like with any valuable or sentimental item that you take out of the house, you'll want to consider protecting your belongings against loss or damage.

Contents insurance protects your possessions when in the home. Items you take outside aren't automatically covered.

If your pushchair is worth more than £1,000, you should name the item on your policy, much in the same way that you might name jewellery, a laptop or a bicycle.

Even if a pushchair is named and covered, you should take appropriate care. You might encounter issues with claiming on your home insurance if you've left your buggy unattended or unprotected.

What do I do if my pram is stolen?

Contact the police to obtain a crime reference number and police report. Thefts can be reported online or by calling the non-emergency 101 number.

Give police the pram’s make, model and serial number if you know it.

If your stolen pram is expensive and you wish to claim on your home insurance then report it to your provider as soon as possible.

You need to judge whether it’s worth claiming. The home insurance excess is the sum you contribute in a claim and it dents the overall pay-out you receive.

If the excess fee is the same cost as the buggy, it might not be worth claiming.

Securing your pram with a lock reduces the likelihood of theft and could ultimately save you time, money, inconvenience and upset.

With this in mind, we look at four popular pram locks and share our thoughts:

It looks like a cross between a Buggy clip and a combination padlock.

It’s a foam-covered, loop-shaped device with a three-number combination lock that secures the pram to a fixed object. It’s easy to set your own code, lightweight and simple to use.

However, the number dials are small, the lock mechanism feels somewhat flimsy and the rigid shape significantly limits what you can attach the pram to.

A four-number combination lock comprising a small carabiner pram clip and a flexible, vinyl-coated steel cable that can stretch to 180cm. The carabiner is too small to be used as a lock on its own (like the MyBuggyBuddy), so instead you wrap the cable around the pushchair and a static object.

Alternatively, you can you use it to connect the wheels together. The lock is lightweight and small but feels solid, it's easy to set your own code, and the flexible cable opens up plenty of ways to secure the pushchair.

Similar in size to a deck of cards, the four-number combination lock has a long, retractable, vinyl-coated steel cable. You extend the cable by holding a button on the side, then secure your pushchair by wrapping the 120cm cable around a static object or through the wheels.

It looks stylish, feels solid, is easy to use, has chunky number dials and comes with a Velcro bracket for easy storage. However, it might take a few tries to change the combination and the wire doesn't always retract properly first time.

The four-number combination lock with retractable, vinyl-coated steel cable works exactly the same as the BuggyGuard above. However, the cable is significantly shorter (90cm), which reduces your options, and the semi-transparent casing looks and feels cheaper.

It's smaller and thinner than the BuggyGuard, and features a plastic loop that allows you to attach a key ring to aid portability. Ultimately, however, it's a sub-par version of the BuggyGuard.

Of these four buggy locks, our vote goes to the Stanley Carabiner Lock. It was a close call with the BuggyGuard Stroller Lock, but the Stanley lock just pips it on price, size and cable length.

Ultimately, having any kind of lock on your pushchair is likely to be better than having no lock at all. Considering the amount spent on pushchairs, it's well considering lock to help reduce the risk of buggy theft.

The best cities to live in your 20s

Do some virtual relocating with our guide to the places you should live in your 20s, featuring the cheapest rent, best atmosphere and the price of a pint. 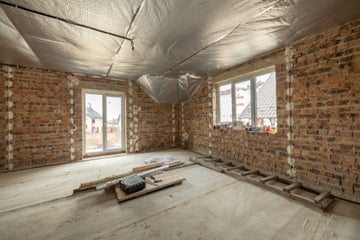 Here's all you need to know to be able to work out the rebuild cost of your home. 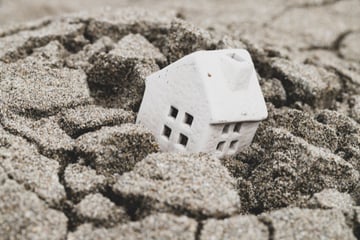 What causes subsidence? Does home and building insurance cover subsidence? We look at how best to avoid, prevent and fix subsidence in properties. 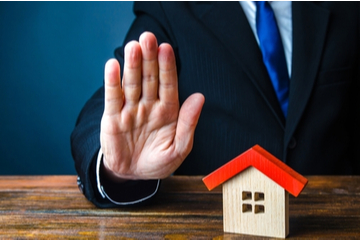 What can invalidate house insurance?

Not all break-ins are the same. Some aren't covered by your insurance policy. 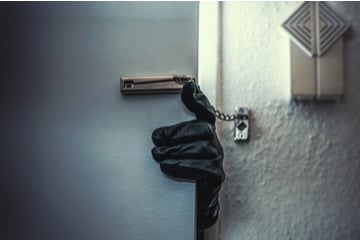 What to do after a burglary at your house

Here's what you should do if your home gets burgled.

Getting the right locks fitted to your doors could save you money on your home insurance.