Drivers whose vehicles are responsible for growing levels of noise pollution face large fines if they’re caught by a planned network of acoustic cameras. We explain how this latest bit of surveillance technology works and what might happen to your car insurance if you’ve got a loud exhaust. We'll also tackle what you can do if noisy cars are bothering you. 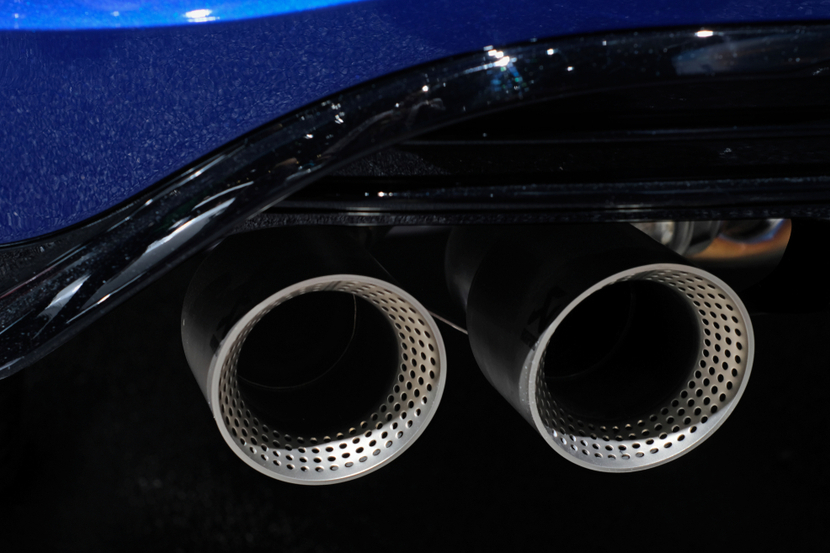 The government has responded to complaints about cars with increasingly loud exhausts by developing a national noise camera project.

This is aimed at identifying the worst offenders and issuing them with hefty fines.

The acoustic-camera technology was installed at 7 locations around the UK to see whether it could be effective at cracking down on noisy vehicles.

This year, the Department for Transport is searching for the noisiest streets as 4 areas across England and Wales trial phase 2 of the technology.

The cameras seem to be successful at catching noisy motorists. This year, a noise camera in Westminster caught a car reaching 111.1 decibels. This is the equivalent to a steel mill or a rock concert.

One council has already carried out its own test scheme and rolled out the devices.

In 2021, Kensington and Chelsea council in West London introduced the devices. They’ve issued what are thought to be the UK’s first camera-enabled fines for excessively loud vehicles.

What is a noise camera?

Noise cameras, or acoustic cameras, are equipped with audio sensors that are triggered by cars and other vehicles that exceed pre-defined noise limits.

ANPR is already used in the likes of speed cameras and congestion charging zones.

Prior to the trials in the UK, similar noise camera schemes have been tested in the United Arab Emirates as well as in Edmonton, Canada.

Police have the power to issue fines on noisy cars with or without the cameras, but it’s difficult to gather evidence. The new cameras should hopefully assist with this.

Why are noise cameras being introduced?

When the UK scheme was originally unveiled in 2019, officials said noise-camera technology was necessary to eradicate the nuisance of cars and motorbikes revving their engines.

This was especially true in rural and residential areas.

The second phase of the technology that’s being launched in England and Wales is still in its design phase. So MPs are being invited to submit applications to trail the new cameras in their local area.

The cameras used in the most recent schemes are backed by £300,000 worth of funding from the government.

When announcing its scheme, the DfT referred to studies that had demonstrated exposure to noise might have highly negative impacts on people’s physical and mental health.

Research suggests that noise pollution can play a major role in health issues ranging from heart attacks and high blood pressure to stress and type-2 diabetes.

“For too long, rowdy drivers have been able to get away with disturbing our communities with illegal noisy vehicles. It’s time we clamp down on this nuisance, banish the boy racer and restore peace and quiet to local streets.”

What happens if a driver has a loud car exhaust in the UK?

Under existing noise pollution laws, motorists with an exhaust that generates 'excessive' noise could be in line for an on-the-spot fine of £50.

The police can also demand that the offending vehicle is taken off the road until they reduce noise levels to a more acceptable level.

In late 2020, the London borough of Kensington and Chelsea launched its own noise-camera pilot scheme after being unable to join the original DfT programme.

Councillors said that, in particular, Chelsea’s Sloane Street was a “magnet for Lamborghinis and Ferraris”, with drivers using the road to cruise and rev their engines.

Kensington and Chelsea had previously introduced a Public Space Protection Order. This gave its officers the right to issue penalty notices for excessive vehicle noise.

Between June 2021 and February 2022, almost 10,000 vehicles triggered the camera. The camera could also identify that BMWs were breaking the sound threshold the most.

Fines range from £100 to £2,500, and the council has the powers to seize the vehicles of persistent offenders.

The success of the pilot means that the scheme has since been extended to other parts of the borough.

What is the exhaust noise limit?

In Britain, the legal limit for noise made by an exhaust is 74 decibels – roughly as loud as a flushing toilet.

Prior to the introduction of noise cameras, police officers were expected to use their own judgement to decide whether the limit was being broken.

The government didn’t set a pre-arranged level at which noise cameras in its trial would be triggered.

But those used in the London scheme were calibrated to catch offenders who generated 80 decibels or more. This is about as loud as an alarm clock.

This is a similar approach to speed cameras that have some tolerance before they’re triggered.

How can I report a loud car exhaust?

If you’re being bothered by noisy car exhausts, your best options are to call 101 or make a complaint to your local council.

Alternatively, if it’s a neighbour’s loud car that is causing the nuisance, you might want to try and resolve the neighbour dispute amicably yourself.

Does having a loud exhaust impact on car insurance?

Drivers who modify their cars by adding powerful new exhausts could face major implications for their car insurance. That's as well as running the risk of being caught by new noise cameras.

Adding modifications to a car that make it more powerful or more valuable could lead to higher car insurance costs. This is because they’re potentially more attractive to thieves as well as more expensive to repair.

But the consequences could be even more drastic. Owners who make major modifications without telling their car insurance provider could face having claims rejected.

Most motor insurance policies require drivers to inform their insurer as soon as possible if they’re having any significant modifications carried out.

It’s a good idea to speak to your insurer before authorising this kind of work.

That way, you should know whether or not you have to pay a higher price for your policy. And you should have the peace of mind of knowing that you’re still fully insured.

How loud are electric cars compared to petrol and diesel cars?

Loud exhausts are a problem, but could a car that's too quiet car be dangerous?

Electric cars don't create as much noise as a car with a combustion engine, in fact they barely create any noise at all.

But they're so quiet that pedestrians might not know they're there. This could put pedestrians at risk when they're crossing the road.

People who are visually impaired may also be at risk if they can't hear EVs approaching.

New regulations say that EVS will now have to make an artificial sound of at least 40 decibels (about as loud as a fridge humming) so that they can be heard by pedestrians.

Some car manufacturers have used this as an excuse to get creative. BMW hired Hans Zimmer to compose the sounds for its Vision M Next.

The good news is this isn't enough of a noise to be a nuisance. So hopefully EVs will continue to improve the quality of our environment by reducing noise and emissions.