How to stop your dog being stolen

Don’t underestimate the attraction of your 4-legged friend. Dogs are highly attractive to thieves and there’s quite a lucrative business in trading stolen pooches.

Here we explain how you can stop your best friend from being stolen. 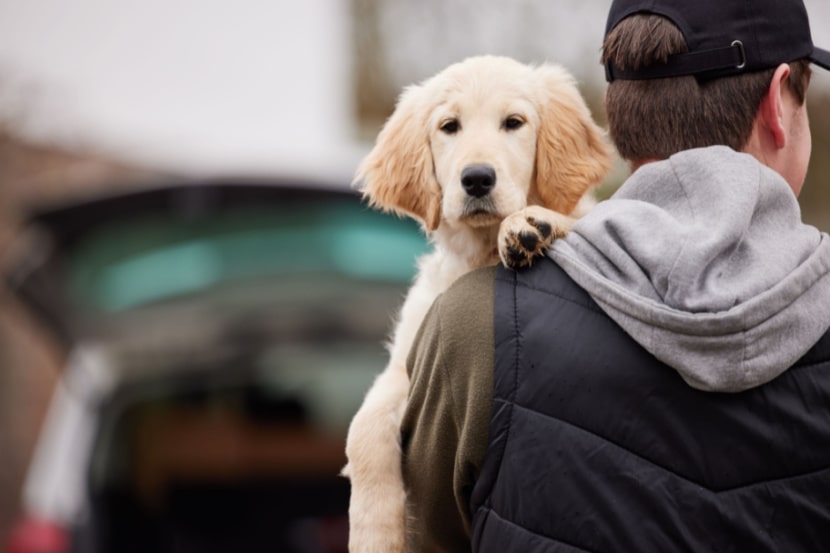 The rise of dog theft

Dognapping, the theft of dogs, is on the rise. More than 1,880 canines were stolen in 2021 alone, 25% more than in the previous year, according to Pet Theft Reform. The pandemic certainly didn’t help matters as dog walking was one of the few exercises in which we could participate.

The tragedy of dog theft is that, unlike a stolen watch or a bicycle that can be replaced, a dog is part of the family and its loss affects all. The problem is dogs are valued by crooks as well as homeowners, and certain breeds hold more weight with the criminal fraternity than others.

The most stolen dog breeds in the UK

Thieves target certain breeds of dog, and they're more active in some regions that others. This is worth bearing in mind if you tend to leave your dog tied up outside shops or in the front garden – neither are the best of ideas.

Crooks are discerning. They’re likely to be after certain breeds, which go for more money especially if they're puppies or young dogs, as they can be bred, and offspring provides a further source of illicit revenue.

But, what are the criminal’s breeds of choice? According to Pets4Homes, they are:

Why are dogs stolen?

The main reason dogs are stolen is for a cash reward. Whether that's knowing the dog's family will offer a sizeable reward for the dogs safe return, or through selling the dog on.

Purebred dogs that are high in demand, such as labradoodles, are most likely to be stolen as thieves can make quick cash. Dognappers typically sell the dogs for half the price of a legitimate breeder.

Stolen dogs can also be sold to puppy mills for breeding purposes, which is why it's important to spay or neuter your dog.

Some may also even steal your dog to be used as 'bait dogs' where they are trained to fight. Dog breeds such as Pit Bull Terriers, German Shepherds and Dobermans fall most victim to this.

How do dogs get stolen?

Not all dog thieves are opportunists. Neither do they scour the streets with a pair of scissors and snip leads outside the supermarket. Dogs are big business. A quick look on Pets4Homes reveals French Bulldogs going for up to £2,000. That’s quite a lot of capital to tie up on the high street while you pop in a shop for a pint of milk.

Lots of these thieves are professional and organised criminals. Aside from using opportunities such as taking unattended dogs, they also look to exploit any weaknesses with you or your home.

Our tips below can help you outsmart the thieves and protect your dog.

How to stop your dog being stolen

1. Invest in a GPS tracking collar

So you always know where your dog is, whether stolen or simply having wandered off.

2. Don’t put your dog’s name on a collar or tag

This makes it easier for a thief to tempt them over. Don’t highlight your dog online, particularly on social media.

If you have a breed that’s targeted, don’t walk the same route at the same time of day. Not only could your dog be stolen, but you could be injured in the process.

4. Walk with a friend

If possible, dog walk with a friend or group of friends. There's safety in numbers and it could be fun.

5. Encourage your dog to respond to your voice

Practice recall so they don’t go bounding off at the park. This way if you suspect someone of having ill intentions you can retrieve your pet and make away. If your dog isn’t up for learning new tricks, such as returning to you, put them on an extended lead when in wide open spaces. This lets them exercise with reduced threat of being taken.

Avoid dark and secluded areas and keep aware of your surroundings and anyone in your vicinity. If you feel uncomfortable, head for a populated area, or a shop. Trust your instincts.

If you plan to use a dog walker, kennel or grooming service check them out – get references and search for reviews.

8. Beware of keeping your pet in your car

If you must, leave a gap in the window so they can breathe, but ensure the car is locked.

9. Don’t leave your dog unattended in the front garden

Also don’t leave your dog in the care of a child, as a criminal might not think twice about going through them to get at your dog.

10. Secure your dog outside

If you keep your dog in a outside kennel ensure it’s locked and alarmed.

Do you have a gate at the front or back? Could you get a lock for it? If you’ve got a secluded garden, and there’s an access point someone could exploit, think about raising the height of the fence to 6 feet. Also, consider paying gravel on paths as this might deter would be thieves.

12. Get your dog microchipped

It’s relatively painless for the dog, it's cheap and a legal requirement for all dogs in the UK before they reach 8 weeks old.

It won’t stop them from being stolen, but if they’re injured in an attempt to steal them it's there to cover their treatment.

Having a pet should be a thoroughly enjoyable experience for all concerned. That said it makes sense to be aware of your surroundings, as certain regions emerge as being more attractive to thieves than others.

A Freedom of Information Act request to the UK’s police services revealed the 10 forces that tackled the most instances of reported dog theft in 2021.

Top of the list was the capital city’s Metropolitan Police with 422 crimes reported in 2021, 33% more than in 2020. West Yorkshire Police and Kent Policy took the second and third spots, both seeing an annual increase of more than 50%.

Lancashire and South Yorkshire forces filled the fourth and fifth places. Of the remaining 10 forces, only Northumbria, at number 8, saw a decline in reported dog thefts, and even then, 81 dog owners were left bereft.

It’s tempting to get too hung up on dog theft. But it’s important to differentiate between genuinely suspicious behaviour and urban myths.

Take the cable ties dog theft rumours. These circulated a year or so back, and have gone viral. The premise is that groups of dog snatchers identify homes where there’s a valuable pup or dog and flag this up to their fellow crooks by applying a cable tie around the nearest lamp post. While some people do indeed put cable ties around posts, there’s no proof that this is at all linked with dog theft. And after all, why would one crook advertise to another the whereabouts of a pedigree dog? Criminals are not exactly known for their generosity.

Similarly, rumours have abounded for years that burglars and thieves leave hieroglyphs in the form of white chalk markings to indicate a potentially lucrative target. Strange chalk squiggles are said to be used to show when homeowners are on holiday or if they leave a prized pet unguarded while out to work.

Again, there’s little if any evidence that this is anything other than an urban myth. But there’s no harm in removing those cable ties or scrubbing out chalk marks if you see them. Better safe than sorry, perhaps.

What to do if your dog is stolen

If your dog goes missing don’t be shy about reporting it. More than 1,800 dogs were reported stolen in 2021, so it’s far from a rare event. According to Crimestoppers, the best course of action is to report a suspected theft to the police. You should be given a crime reference number, which you need to keep safe.

The police need an accurate description of your pet, and ideally a photo. Also think about your dog’s temperament. Is it yappy, excitable, quiet? If it’s been tagged, pass on the relevant information and update the microchip database.

Also contact your local council, as they might have a dog warden service that picks up strays. There’s always a chance that your hairy friend just went walkabouts, rather than being stolen. It’s also worth printing up some photos and posting them in newsagent windows, on lampposts, in the free local press and on sites such as the National Pet Register and DogLost.

The campaign offers advice on how to improve your security, and what to do if the worse happens and your pet is stolen. Its website features template letters you can use to write to people in authority to prompt them to take pet theft more seriously and penalise more toughly those who steal pets. 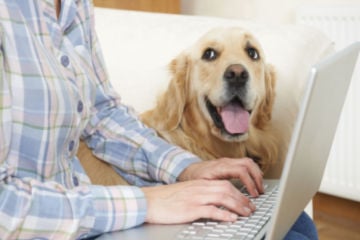 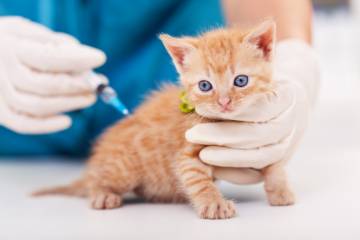 Find out what you need to know about vaccinating your cat or dog.

How to claim on your pet insurance

Making a claim on your pet insurance is pretty straightforward - here's how you do it. 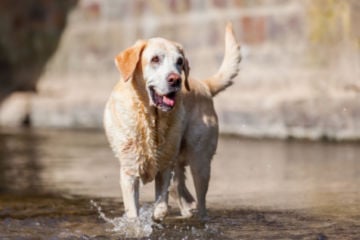 We look at why it's important to insure your older dog, and the different policies you should consider. 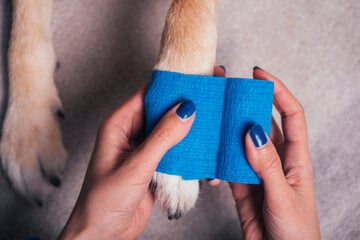 Pet insurance: how much do vet treatments cost?

Insuring your pet makes the cost of vet treatments more manageable. But some people choose not to. Here's what you need to know. 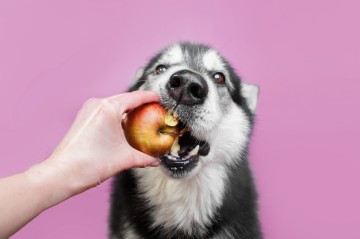 What dogs can and can't eat: FAQs