Skip navigation
Retrieve a Quote My account
You are here:
11 Feb 2019 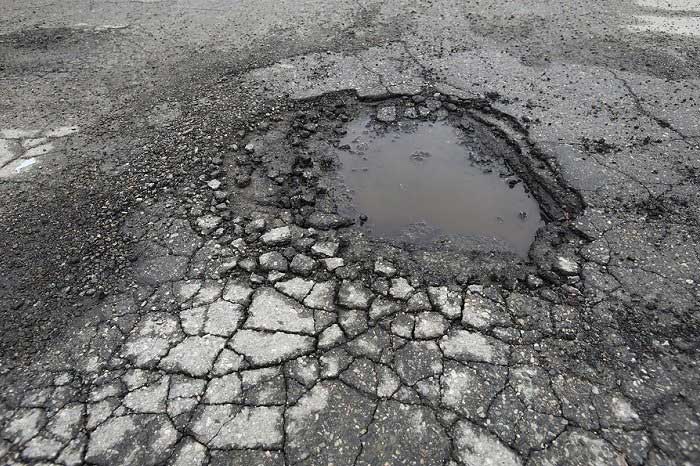 Combined, the total number of potholes in the UK would reach a depth of 33 km – three times deeper than the Pacific’s Mariana Trench.

Councils fork out millions on repairs

Confused.com issued a Freedom of Information request to local authorities across the UK.

It revealed that, in total, local authorities had to fork out nearly £3 million to compensate victims of pothole damage between 2017 and 2018.

Of all the authorities, Surrey had the biggest pay out to victims of £446,812 in total.

On a regional scale, the South East of England has seen the highest repair figure - more than £12 million was paid by local authorities to fix the 143,000 potholes in the region.

Read more: How to claim for pothole damage

The true depth of the problem

To highlight the true scale of the problem, Confused.com has created a scrolling animation that dives deep into the earth’s crust and beyond.

It’s no wonder motorists want more to be done about the pothole problem. Almost 28% of drivers have had an accident or near-miss because of a pothole.

Of those, 17% said that they lost control of their vehicle because they hit a pothole.

A further 15% said a pothole caused their tyre to burst and as a result lose control of the vehicle.

The situation doesn’t seem to be improving either. More than half of UK motorists have noticed more potholes on their roads over that the last year.

This could partly be because of the extreme weather conditions the UK faced in March last year.

Even so, the impact of potholes has caused a great deal of damage to vehicles.

More than a third of drivers have suffered damage to their vehicle due to potholes, with tyres  and suspensions being affected the most.

And even though councils spent almost £193 million on repairing potholes between 2017 and 2018 – an average cost of £169 per pothole– 37% feel that this is not enough to tackle the problem.

Car damaged by a pothole? Our guide tells you how to make a claim.

Read more about staying safe on the road