Highway Code changes to improve safety of cyclists and pedestrians

The government is investing £338 million to improve roads for active travel - like walking and cycling. A portion of this will go towards updating the Highway Code so drivers are more conscious of pedestrians and cyclists. 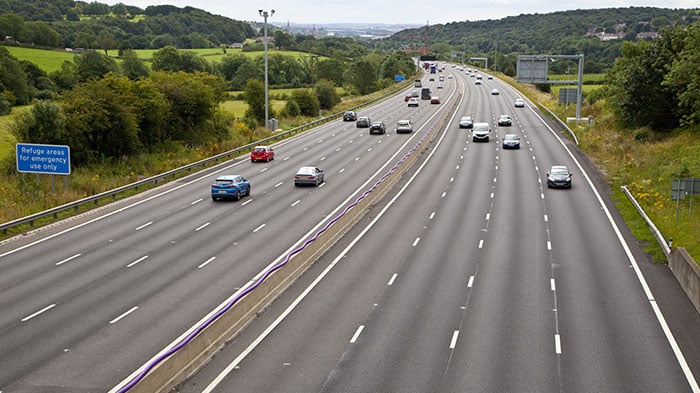 The government is capitalising on the cycling and walking boom during lockdown by investing £338 million into making roads safer for cyclists and pedestrians.

A portion of the money is going towards improving the Highway Code. The new changes will ensure that motorists drive to accommodate high-risk road users, like cyclists and pedestrians.

We look at this, and the other Highway Code changes that have been announced this year.

Improving safety for cyclists and pedestrians

During the pandemic, many of us started walking and cycling more.

In fact, the miles cycled on British roads in 2020 skyrocketed by 45.7% to five billion.

The government is capitalising on this ‘active travel boom’ by launching a £338 million package to improve infrastructure for cyclists and pedestrians.

The package will be split three ways between building miles of ‘high-quality’ cycle lanes, walking schemes and changing the Highway Code.

The Highway Code will be the main change for motorists. The new version will focus on drivers accommodating more at-risk road users – like cyclists and pedestrians -  to improve their safety.

The new changes will be part of the build back greener initiative, and could help the UK reach its net zero emissions target by 2050.

“This £338 million package marks the start of what promises to be a great summer of cycling and walking, enabling more people to make those sustainable travel choices that make our air cleaner and cities greener.”

Several other amendments to the Highway Code were part of a consultation earlier this year.

Since then, the government has gone ahead with all of these proposed changes, and has presented them before Parliament.

The Highway Code is expected to be updated in late 2021 with the following changes:

The guide will remove the rule of thumb that says 30 mph zones generally have street lighting.

There’s also an update to emphasise that road signs are what should help you know the speed limit, not the general road type.

This is in response to the increasing number of roads that have signed 20 mph zones in built-up areas.

A proposed amendment to the section on stopping distances will explain how tailgating works and what you can do to avoid it.

The new section will also emphasise that tailgating is an offence and is enforced by the police.

In the section on ‘what to do before you set off’, a proposed amendment will remind drivers to have the right documents:

The amendment also advises to take a fully-charged mobile phone with you for emergencies.

There are many additions and changes proposed in the section on motorways. These changes seem to focus on improving safety on smart motorways.

The proposed changes include:

The updated Highway Code will have a new rule to show drivers what counts as a ‘relative place of safety’ if you break down on a busy road.

The rule will also describe how to use emergency refuge areas if you break down on a motorway. Highways England has coupled this with its ‘Go Left!’ campaign.

The campaign tells drivers to move left when they run into difficulties. This could be into an emergency area, hard shoulder, motorway service area or lay-by.

On a smart motorway without a hard shoulder, the advice says to look for an emergency area, which should appear frequently enough for most drivers.

“Everyone wants a safe journey and raising awareness is a vital part of helping to make sure that happens.

“This campaign is just one of the many steps we are taking to invest in our network with safety as our number one priority.”

The move is supported by safety campaigner Meera Naran:

“Having successfully campaigned for the implementation of the 18-point safety plan – this education campaign is an integral step in the right direction to support motorists.

“I’m pleased to see it is being supported by so many key road safety organisations and my only hope is that it will help save lives.”