A brief history of the Vauxhall Astra

This is the story of the British-loved hero. 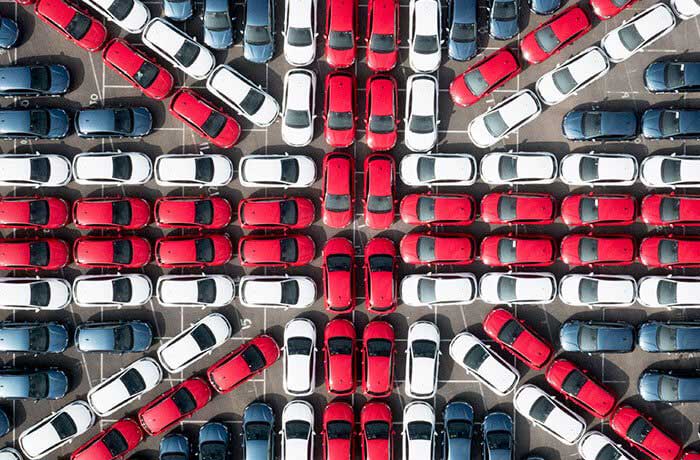 The roots of the Astra date back to the original Opel Kadett from 1936. Between then and 1979, there are 41 years of automotive glory which even Ford can envy. The Kadett was produced with one sole goal – to beat the Volkswagen Beetle.

During the war production halted, but Opel quickly got back on its feet and produced three more iterations of the model. Then Opel Kadett D was branded as VauxhallAstra in the UK.

The Astra quickly secured its place in people’s hearts. Although it became popular among families, it was overshadowed by the iconic Ford Escort and Volkswagen Golf which were already holding the market.

But what made it a successful car? It all started with the… 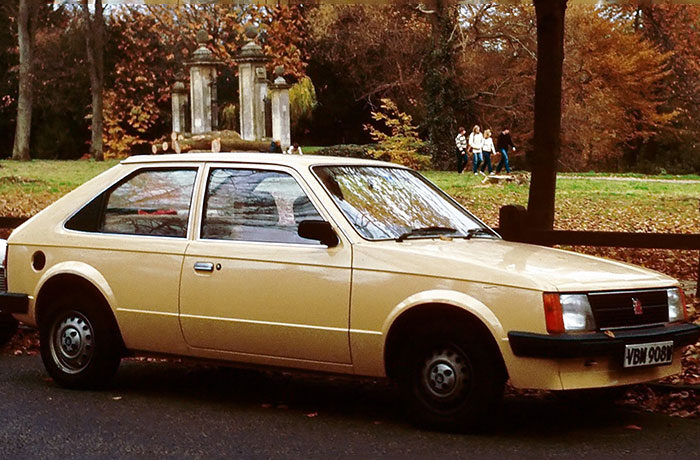 The beginning of what was to become one of Britain’s top-selling car was somewhat confusing. Before it was named Astra, the car was launched as the Opel Kadett D.

A year later, it was rebranded, but both the Kadett D and the Astra models remained on the market even though they were essentially the same car.

In the early 1980s, Opel and Vauxhall’s dealerships were consolidated, leaving room for the Vauxhall brand in the UK. In the beginning, the Astra was built in West Germany, but in 1981 production was moved to the Ellesmere Port plant in Britain.

It was the first Vauxhall to sport front-wheel drive which at the time was already offered by the Volkswagen Golf.

The 80s was the decade of hot hatches. To compete in this growing sector, Vauxhall released the Astra GTE which ran on an 115bhp engine. It was ready to battle the Golf GTI, Peugeot 205 and Ford Escort XR3.

Here’s one of Astra’s first TV adverts. Much like the car itself, it’s simple and to the point: 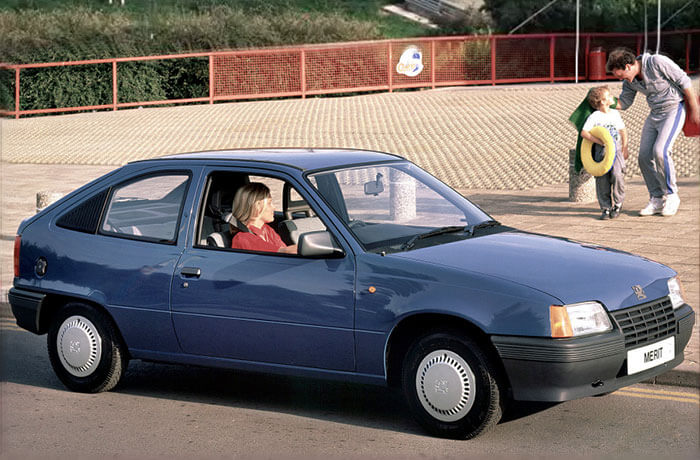 The second generation Astra didn’t shake up the formula too much, at least not under the bonnet. It sported the same engine range as the first generation.

However, outside it featured a much slicker body shape with improved aerodynamics. It was still available with three doors, five doors and as an estate.

This model was received so well it even won European car of the Year in 1985.

In 1986, the saloon version of the Astra was rebadged and sold as Vauxhall Belmont. However, its glory was short-lived, and after only five years all body styles were back under the Astra brand and the Belmont was scrapped.

It came with an electronic dashboard, which included electronic speedometer. Traditional analogue instruments were still available as an optional extra.

So much 80s, so much nostalgia: 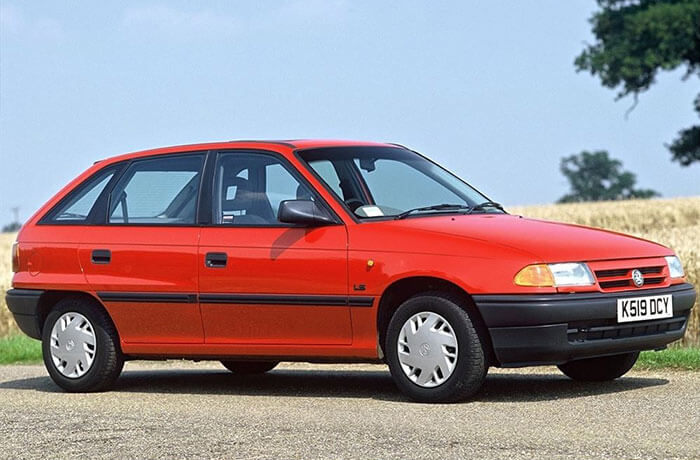 Mk3 expanded on the success of the second generation Astra. It remained an impressive, affordable, enjoyable-to-drive car.

It wasn’t a radically changed car, but that doesn’t mean it didn’t bring anything new to the table. The exterior borrowed design cues from the sporty Vauxhall Calibra.

Although it came with the aerodynamic looks, it didn’t bring any of the benefits. Suspension was stiff, engineering mediocre, and by 1998 the car looked very dated compared to competitors.

The interior was vastly improved though, which looked a lot more refined and modern.

Safety became a major selling-point in the early 90s, and customers expected a lot more for their money. Safety features only available in expensive luxury brands, started making their way to the low-end family cars.

The Mk3 featured two side-impact steel bars built into the frame in each side, seatbelts with pre-tensioners, and airbags became standard. Astra’s crash test showed that the Mk3 was actually better and safer than most of its rivals at the time.

Here’s Top Gear’s review of the Astra. As always, they don’t leave a stone unturned: 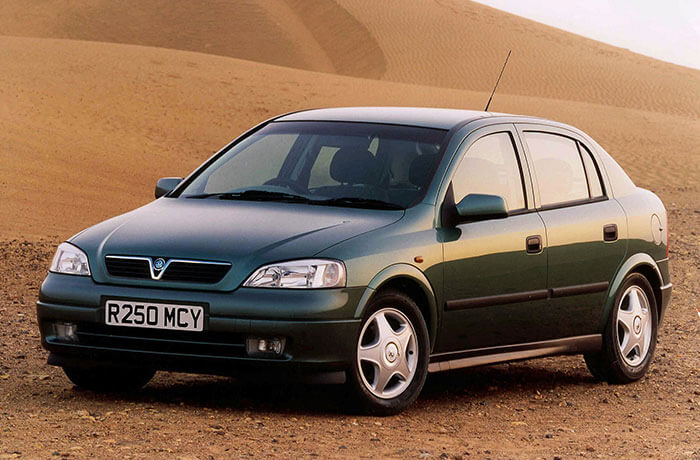 It was seven long years for those who wanted a new an updated Astra. But it was worth the wait.

It was clear Vauxhall’s engineers focused on quality this time around. Mk4 came with a new chassis, new suspension, and new interior. Unlike the well-designed exterior, inside the car remained somewhat basic.

Safety remained important among buyers, so expectations were high. Again, the Astra didn’t disappoint, scoring four stars in Euro NCAP safety tests in 1999. It was a great result at the time.

The Astra was quickly crowned a king in its class. But unfortunately, Mk4’s fame was short-lived. The all-new Ford Focus replaced the Escort line-up a few months after the Astra was released. And it stole everyone’s hearts.

Vauxhall Astra remained a popular car, but despite all the improvements over the previous generation, it always lived in the shadow of the Focus and the Golf.

This advert shows just how serious Vauxhall was about safety: 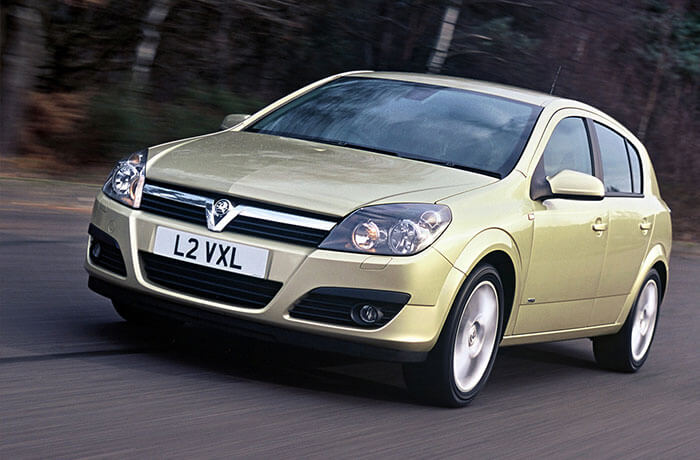 The fifth generation brought the most radical changes. Primarily because the Zafira and the Meriva were now marketed as the family motor, and Vauxhall had more freedom to alter the Astra.

Pretty much everything was different and refined. It was a lot better looking, more reliable, solid to drive and offered better safety with a 5-star Euro NCAP rating.

The Astra’s line-up has always been generous, and choice has never been problem. Like before, the Mk5 came as a 3-door, 5-door, estate and as a convertible.

The convertible - called TwinTop - was particularly interesting as it featured a folding metal roof.

There was also a great performance option – the Astra VXR. It rivalled enthusiasts’ favourite Ford Focus ST and Volkswagen GTI. It sported a turbocharged 2-litre engine that produced 240bhp which could get 0-60mph in about six seconds. 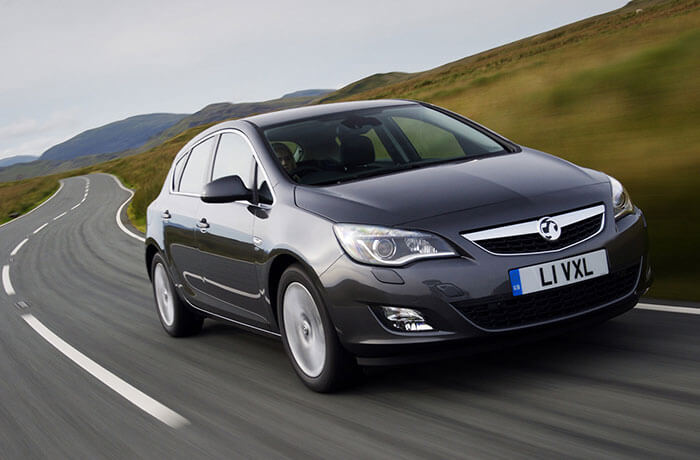 Unlike previous Astras, this one leaped straight to the top of its class.  It took six generations to reach the quality and sophistication of the competition.

This Astra looked good, performed well, and the interior was all well screwed together. It borrowed a lot of its exterior design from the successful Vauxhall Insignia.

As mentioned before, there have always been many different Astras to fit anyone’s wildest preferences. But believe it or not, this generation brought 110 different variations of the model – a combination of different engine sizes, body styles, trims and transmissions.

Mk6 was so reliable and liked that it’s still used by the British police forces in 54 constabularies.

It’s safe to say that Vauxhall produced a short film to advertise the Mk6: 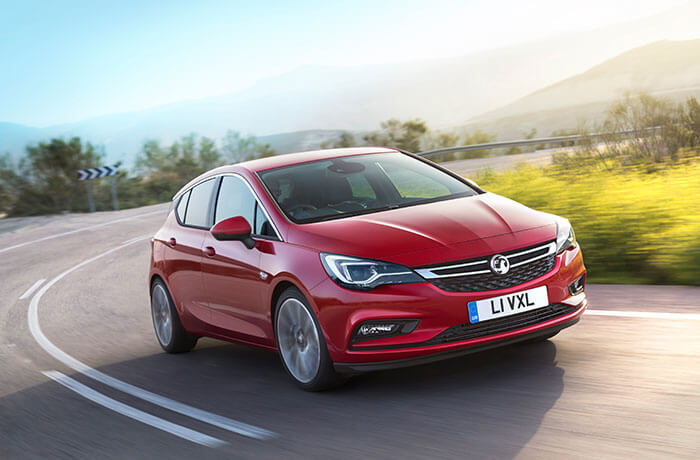 The latest edition of the Astra focused on refinement and technology. It’s easily the best Astra ever produced, improving the range in every possible way – it sports efficient engines, comfortable drive, ground-breaking technology, overall quality, while still remaining reasonably-priced.

It’s truly a car which looks into the future.

But as every previous generation, the latest Astra still doesn’t hold its value well, so you can easily grab a bargain on the used-car market.

The all-new Brit-built Astra raises the bar in terms of quality, design and connectivity.

The Vauxhall Astra has always been a good all-rounder. It’s an excellent affordable alternative to the class leaders – Volkswagen Golf and Ford Focus. It’s a shame it never managed to overtake them.

But nevertheless, it’s one of the most well-established brands which millions of people have trusted in its nearly four-decade history. 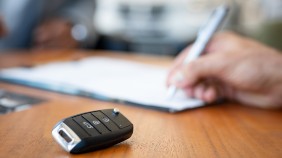 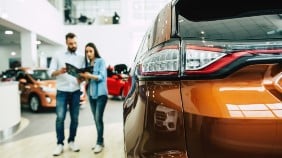 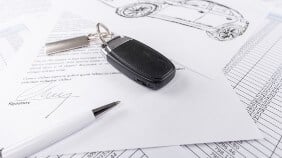 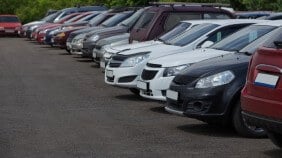 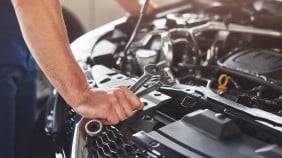 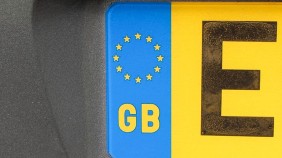 What year is my car?

Number plates reveal how old your car is and where it was registered. Find out for yourself here.