Over 43,000 vans were stolen, and a further 117,000 broken into, in the four years to 2020 according to research from What Car?. And with criminals becoming savvier in how they break in, it's a good idea to beef up your van security. But where do you start? 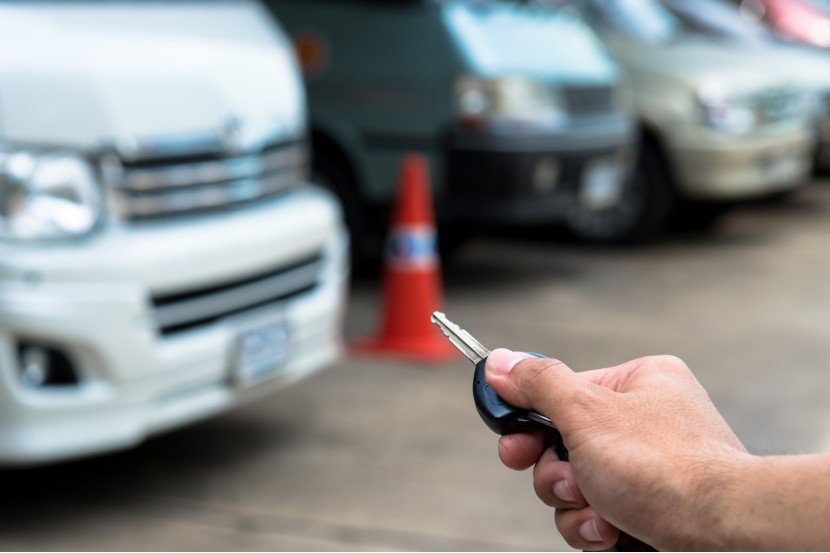 Whether you’re about to buy a van or already own one, there are plenty of steps you can take to protect it.

Choose your van based on its security

If you haven’t already bought your van, it’s well worth doing some research into the best vans for security.

You can also research the safety and security of any van with the My Vehicle Search tool on the Thatcham website. Thatcham is the official body on vehicle security.

Every van made after 1998 has an engine immobiliser fitted as standard.

This stops the engine starting if you don't have the key, so it can't be 'hotwired'.

If you don't have an immobiliser, you can get one fitted by a professional.

Look for immobilisers that are approved by Thatcham.

If you don't have one, it's worth considering a tracker too. These use GPS to locate your van if it's stolen.

Van trackers often have locking systems that can be operated remotely. This means you can get the van locked down and protect its contents as soon as you’re aware of the theft.

Trackers can’t prevent theft, but they could make it much easier for police to recover your van and limit the potential damage.

Security issues aside, a tracker could also improve your efficiency by highlighting traffic congestion on your route.

There are two main types of van locks: a slamlock and a deadlock.

Slamlocks lock the van as soon as you slam the doors shut.

This makes them easy to secure but you could accidentally lock your keys in the van.

Slamlocks might be a good option for couriers who make short, frequent stops.

Deadlocks are a separate lock to your van's internal locks.

They're locked manually, but they're difficult to force open - even if thieves get past the regular lock.

Deadlocks could be good for tradespeople who leave their van unattended for a while.

The average price for fitting a van lock is around £130.

Catalytic converters contain precious metals that thieves like to target and, thanks to a higher ground clearance, vans are at greater risk than cars.

Alternatively, if your catalytic converter is bolted on, you could ask your garage to weld them shut.

For more information, check out our guide on van lock types.

Arm your van with an alarm

Most vans tend to have an alarm fitted as standard. So, it's worth checking if yours has one before you carry on.

If you don't have an alarm, you can get one fitted by a professional.

As with immobilisers, it's worth looking at Thatcham-approved alarms. There are two main types you could choose from:

Signage could improve your van security

Having proper van signwriting announces who the van belongs to and how to contact you.

If your van is stolen, it's going to stand out a little. This might make it tough for a thief to make a clean getaway.

So, having your business name on the side of the van could act as a deterrent for an opportunist thief.

Wherever you can, take any tools and valuables out of the van when not in use.

If you have to keep tools in your van, you could invest in a secure storage box to make sure they're extra safe.

You can get boxes that bolt to the floor for added security.

Even the 'no tools kept in the van overnight' sticker is better than nothing. It might be a bit overdone, but it could deter the more casual thief.

You could also look into tool insurance for extra peace of mind.

Where you park could impact your van security

Thieves operate day and night, so be careful where you park your van at any time of day.

Look for open, well-lit public places with CCTV cameras to act as a deterrent.

Better yet, if you have the option of a secure car park, be sure to use it.

Considering the threat of catalytic converter theft, it also makes sense to think about how easy it would be for thieves to get under your van when you park.

If your van is parked at home overnight, you might also wish to consider your own CCTV.

Mark your van and tools with a UV pen

Use an ultraviolet (UV) pen to write your postcode on your tools and somewhere in your van.

It might make the inside of your van feel like an escape room. But if anything is stolen, the police are more likely to return it to you if they recover it.

says that engine immobilisers and alarms are in the top security categories.

However, adding these to complement your van's security could still give you an extra level of defence.

So, even if a thief manages to hotwire your van, they won't be able to steer it anywhere.

And, if the van looks like it'll be difficult to steal, it might put off most thieves.

How does van security affect my van insurance costs?

The bigger the theft risk for your van, the higher your van insurance costs are likely to be.

So, making your van more secure could help you get cheaper van insurance

“Improving your van's security might cost a bit. But it could mean lower insurance costs, as well as less of a headache in having to replace stolen tools.

“Some security features could be considered a modification by some insurers. This could increase your costs.

“So, check with your insurance company before you make any big changes to your van.”