We look at how speed limiters could impact your car insurance, and how the new system isn’t guaranteed to stop you getting speeding penalties. 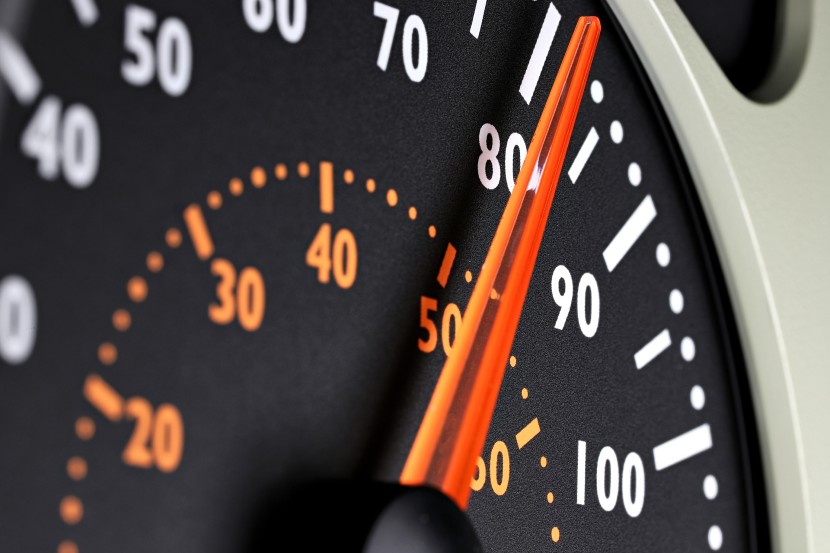 The top speed you can legally drive on UK roads is 70 mph. So why can cars reach speeds up to 100 mph?

The European Transport Safety Council has investigated this. It says that 26,000 road deaths happen in Europe every year, and speed is one of main reasons for this figure.

As a result of this research, new speed limiting software called the Intelligent Speed Assistance system (ISA), has been developed.

The software will be mandatory for all new cars from next year, despite the UK leaving the EU.

How does the Intelligent Speed Assistance system work?

The ISA uses either a video or a GPS-linked system to detect speed signs.

The system alerts the driver if they’re going over the speed limit, and if the driver doesn’t slow down the ISA should intervene.

The system doesn’t involve the car’s braking system, though. After a series of alerts, if the driver doesn’t apply the brakes, the vehicle reduces power to the engine.

The car should then naturally slow down to the new speed limit. Automatic detection of pedestrians and cyclists was also approved alongside the ISA.

Is the ISA responsible for keeping the car at the correct speed limit?

Matthew Avery, director of research at Thatcham Research warns that there are limitations to the technology when it comes to detecting speed:

“Speed signs can often be obscured or inaccurate, while GPS mapping can be out of date. Temporary limits and road works can confuse the system too.

“This could lead to speeding fines if the system isn’t picking up the limit correctly. And drivers will still be liable, whether they were relying on the system or not.”

The ETSC says that the technology used in ISAs has a high level of accuracy. It has the ability to detect temporary speed limits, digital signs and overhead signs.

ISAs also have an in-built function which means it can detect over-the-air updates to speed limit information.

But ultimately, the car’s speed is the driver’s responsibility, The ETSC says:

“ISA is a driver assistance technology: the driver, not the car, is responsible for obeying the current speed limit at all times.”

If the ISA detects a lower speed limit than permitted the driver would be able to override the system.

The same applies if the ISA detects a higher speed than allowed. The driver would have to slow the car to the correct speed.

Driving assistance tools like ISAs are there to ‘assist’ drivers, not take full control of the vehicle. So even with the system, you’re not guaranteed to escape speeding penalties.

Will the Intelligent Speed Assistance system affect my car insurance?

The European Transport Safety Council believes that the technology could reduce road collisions by 30% and deaths by 20%.

If those forecasts prove accurate, then as well as making the roads safer there should be fewer car insurance claims.

Fewer claims could see premiums fall. After all, insurers base their premiums on risk. And if there’s a lower risk of a claim being made, the cost of insuring your driving could be reduced

Will I need to install the Intelligent Speed Assistance system in my car?

Not yet. ETSC have told us that these systems don’t need to be retrofitted, so you won’t need to fork out to get one installed in your motor just yet.

Which cars have the Intelligent Speed Assistance system installed already?

Many Ford models already use the ISA system, as do Mercedes-Benz, Peugeot/Citroen and Renault cars.

Volvo has welcomed vehicle speed limiters, too. It was the first manufacturer to roll out the system across all its models. The company will cap the speed of all new cars at 112 mph.

Avery goes on to say:

“Euro NCAP has tested manual speed limiters since 2009 and has long promoted their fitment to new cars. In fact, most new cars now have ISA fitted as standard. In 2018 manually-set ISA systems became a requirement as part of the five-star Euro NCAP rating for safety.”

Volvo is also developing ‘smart speed controls’ that should detect when a car is driving near a vulnerable site, such as a school or a hospital.It’s hoping to develop the technology to improve driver behaviour.

Will the UK adopt speed limiters even though we've left the EU?

The Vehicle Certification Agency will continue with EU regulations even though we’re no longer part of the EU, so the speed limiting rules will apply to the UK.

Even if the rules didn’t apply, it’s unlikely that EU-based vehicle manufacturers would make models with different specifications just to please our market.

Is there a way to override the system?

The system has an on/off switch. The default setting for the system is on, but the speed limiter can be disabled by being switched off – at least for the time being.

It’s possible that the authorities might scrap the option of turning it off in the future.

If you turn it off, it should stay off until you restart the vehicle.

Even when the ISA system is on, there are some circumstances when you can override it. An example of this is if you’re overtaking on a road where there’s a decrease in speed limit.

After alerting you, the car should automatically start to slow down. By pushing down hard on the accelerator, you can override the system and complete the manoeuvre safely.

If you stay above the speed limit, the system should sound a warning and display a visual alert. The alerts remain on until the driver is within the speed limit.

What are the benefits of the Intelligent Speed Assistance system?

Besides the life-saving potential of the technology, it’s thought that car insurance premiums could be lower. Fuel efficiency and CO2 emissions might also improve as a result.

Could the new system spell an end to speeding fines, too? It’s certainly possible, and it’s a feature that Ford has capitalised on when promoting the ISA in its vehicles. But this also relies on the driver responding to the ISA alerts.

“Many drivers want to remain safe and drive within the law, however changing from one speed limit to another can be difficult and distracting. In this respect, Intelligent Speed Assistance (ISA) systems help to not only keep drivers safe but also legal.”

With the new software in place, people may feel safer and be more likely to walk or cycle.