There could be a number of reasons why you might want or need to cancel your motorbike insurance policy.

You might have decided to sell your motorbike and opt for an alternative means of transport before your existing policy is up for renewal. Or your ride might have been stolen or written off and you’re not ready to buy a replacement.

Whatever the reason, how you go about cancelling your cover, and whether you’ll lose out financially as a result, depends on a few factors. Let’s take a look. 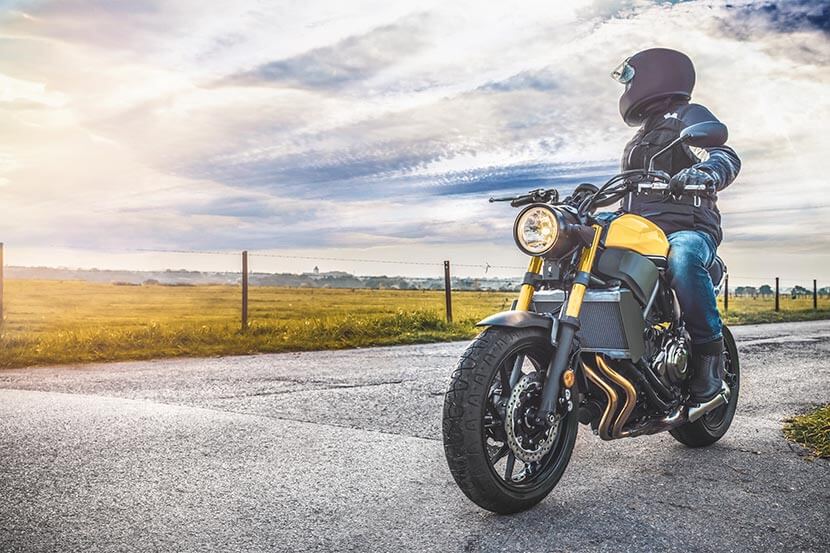 If you’re selling your motorbike and buying a new model, you might not need to cancel.

Most insurers allow you to update your policy to cover the new model. Although the price you pay for your insurance could change to reflect the new machine’s risk.

It’s unlikely that your provider is unwilling to cover your new motorbike. But, you might have to pay a charge for making an amendment to a policy that's still running.

This varies from company to company but the details of the fee should be set out in your policy booklet. In most cases, however, the cost of changing your motorbike insurance policy is less than cancellation.

If your insurer raises its premiums by a large amount for your new motorbike, it could be worth comparing motorbike insurance quotes from other insurers.

You could save money by cancelling your policy and moving to a new provider, even once the cancellation charge is taken into account.

If you’re thinking of cancelling your policy over the winter months because your motorbike is in storage, you have to foot the bill if it’s stolen. It's worth weighing up the risk against the potential savings.

Can I cancel at the start of the policy?

The law states that consumers have a 14-day ‘cooling off’ period when they buy most kinds of insurance.

This means that if you want to end a policy within two weeks of getting your documentation, you should get a refund.

If you cancel within the cooling-off period, you might have to pay an administration fee (typically less than a full cancellation charge).

You might also have to pay the cost of however many days you were covered for. If your policy hasn't yet come into effect when you cancel, you should only have to pay the administration charge.

But you won’t be able to cancel in this way if you’ve made any claims within the cooling-off period.

Can I cancel after the cooling-off period?

Once the 14-day cooling-off period has passed, the financial penalties for cancelling are likely to be greater.

You're likely to be charged a cancellation fee, and the amount you're refunded for the unused premiums could be limited.

For example, if you cancel with only a short period left on your insurance, you might not be entitled to a refund.

However, if you no longer own the motorbike for any reason (you sell it, for example), the law requires that you cancel your motorbike insurance.

Don’t always expect a full pro-rata refund even if you cancel much earlier during the policy term.

Check your insurer’s policy booklet to see what their fees are before you go ahead.

What if I don’t want to renew my cover?

It could be that you simply want to stop your policy being automatically renewed when the year is up. Perhaps you’ve found cheaper cover elsewhere.

Many providers now extend your cover for a further year (possibly at a higher rate) unless you expressly tell them not to.

If you don’t want to renew, it’s not enough simply to cancel your direct debit. You have to tell your insurer, either by phone or in writing.

But you shouldn't face any fees for this, provided you cancel before the new policy comes into effect.

What are the consequences of cancelling my motorbike insurance policy?

If you end your policy before the year is up, you might miss out on the no-claims bonus for that period.

If you have motorcycle breakdown cover or other protection included with your motorbike policy, that also comes to an end. You might not get any refund for this.

If you do want to go ahead and cancel, you need to contact your insurer to tell them, and return your Certificate of Motor Insurance.

You might also need to sign and return a declaration that you want the cancellation to go ahead.

In most cases, the cancellation takes effect only once your insurer has the signed declaration. You then get a letter to confirm the policy has been cancelled.

What do I do if I disagree with the charges?

As you can see, the potential penalties for cancelling early can be quite significant.

If you think they’re unfairly high – or if you have to cancel because of what you think is a mistake on the insurer’s part – you can complain to the company.

Ask for an address for customer services, and write giving clear details of your case, including what happened, when, and why you think you've been unfairly charged.

Even if the fees are laid out in the policy booklet, you might still be able to challenge them.

Keep a record of anyone you speak to and any letters you send (and use special delivery so you have proof they've been received).

If the company doesn't deal with your complaint to your satisfaction, you can take your case at no cost to the Financial Ombudsman Service.