Fancy swapping your ride for something a little more eco-friendly? Here’s what you need to know. 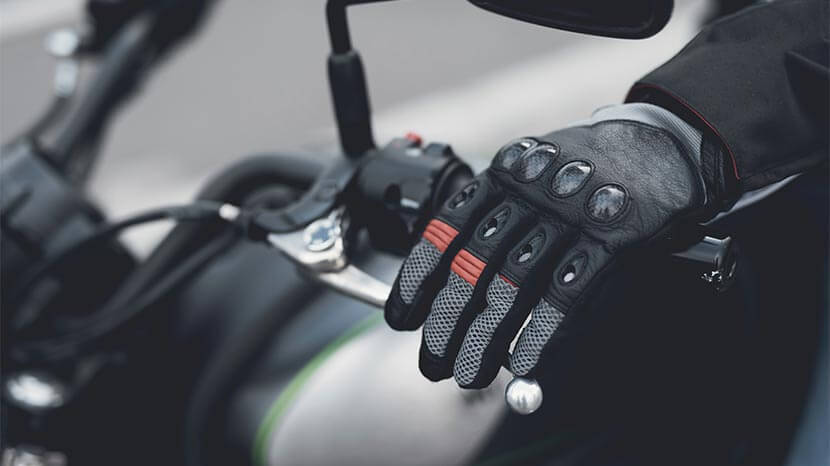 What is an electric motorbike?

An electric motorbike is powered by electricity rather than petrol. It relies on a rechargeable battery instead of an engine to power it.

You’ll probably come across these terms while looking at electric motorbikes:

Even though the motorbike is electric, you’ll still need to get valid tax, a licence and an MoT. You'll also have to insure it.

Why would I want an electric motorbike?

The pressure is on for the UK to reach zero emissions by 2050. And by 2030, there’ll be a ban on new petrol and diesel vehicles.

As with all new technology, the longer you leave it to make the switch, the more advanced your first electric motorcycle is likely to be. But there are already plenty of popular options available.

How powerful is an electric motorbike?

A common misconception with any electric vehicle is that they lack power. But most new models boast high power and speed.

The Zero SR/F model, for instance, reaches 110 brake horsepower (bhp) and has a top speed of 124mph.

An electric motorbike uses less power when it’s at a standstill. And if it’s fitted with regenerative braking, you can restore lost power while waiting at the traffic lights.

This can make it an ideal mode of transport for city commutes.

How long do batteries last on an electric motorbike?

This varies. Some batteries can take you up to 50 miles. Others, like the Brutus V9, have a range of up to 280 miles on a single charge.

Again, as the technology advances and as early-adopters are joined by more users, you can expect the range and performance of electric motorbikes to improve.

The government offers grants of 20% towards new electric motorbikes, up to a maximum of £1,500.

You don’t need to apply for this grant as it’s taken off the price by the dealership.

Dealers will usually include this discount in the advertised purchase price,after all, it’s in their interests to make the price look as competitive as possible. It’s always worth double-checking and making sure that it has been included though.

Some of the eligible models are:

You can find the full list of the criteria needed to qualify for a grant on the government’s website.

How much does it cost to charge an electric motorbike?

It depends on the motorcycle, in much the same way that not all fossil-fuel vehicles have the same running costs.

You pay for your electricity in kWh units.

Your motorbike’s range will vary depending on what terrain you’re riding on.

Will I save on maintenance costs?

As the engine is electric, you have no oil, spark plugs, timing belts or air filters. There’s no gearbox or clutch, either.

You’ll have to maintain the tyres, the brake pads and the hydraulic fluid. Although the pads and fluid could last longer than on a standard bike because the engine provides most of the braking power.

You still have to take your electric motorcycle for an MOT, though.

Do I need to tax an electric motorbike?

For a completely electric vehicle, the tax costs nothing.

But despite this, you still need to tax the motorbike – it just doesn’t cost you anything to do it – so don’t avoid taxing your electric motorbike just because the cost is zero.

To receive the zero rate, a vehicle must “use an external source or an electric storage battery not connected to any source of power when the vehicle is moving”.

How do I charge an electric motorbike?

This varies from model to model but you can charge most electric motorcycles via a wall socket. Usually this’ll take up to eight hours.

If this isn’t quick enough, there are dedicated chargers that can speed up the process.

When you’re out and about, you can usually use regular charging points designed for electric vehicles.

How much is electric motorbike insurance?

Although they’re growing in popularity and are likely to keep doing so, electric motorbikes are still something of a niche product.

It’s tricky to predict what typical motorbike insurance premiums will be once the market reaches critical mass.

Some insurers might bump up the price as electric motorbike engines can be complicated to fix.

But this could change as the market for the electric vehicles increases.

What we do know is that you should always shop around to find the best deal.

There are some things you can do to save on insurance, much as there are with petrol and diesel machines. For example, make sure your bike has good security, such as a motorbike lock.

Storing it in a garage or a secure car park overnight could help, too.

The good news is that with zero tax to pay and minimal fuel and maintenance costs, you could find that you’ll be saving money overall.

What are the drawbacks of an electric motorbike?

Motorcyclists are a big fan of torque – The force between the fuel, the piston and the engine. The faster the torque, the better.

Although the torque is good on an electric motorbike, the acceleration is more gradual. Some bikers will miss the instant surge of power from a standard motorbike.

Many bikers take pride in tinkering about with their bikes, but there’s not the same scope to do that on an electric one. The lack of noise and gear changes might be sorely missed by bikers, too.

Another pitfall of electric motorbikes is the cost. The initial outlay for a bike is still expensive, even with the government grant to help.

Charging ranges and accessibility to charging points is a bugbear for some, too. But with more money being invested in electric vehicle infrastructure, this could soon be a thing of the past.