Having a good level of car security is important for any vehicle owner. Car crime – increasingly keyless theft – blights many lives, piling more pressure on our car insurance costs.

To help protect your vehicle against theft, we’ve assembled the best car security ideas – including those for electric vehicles. 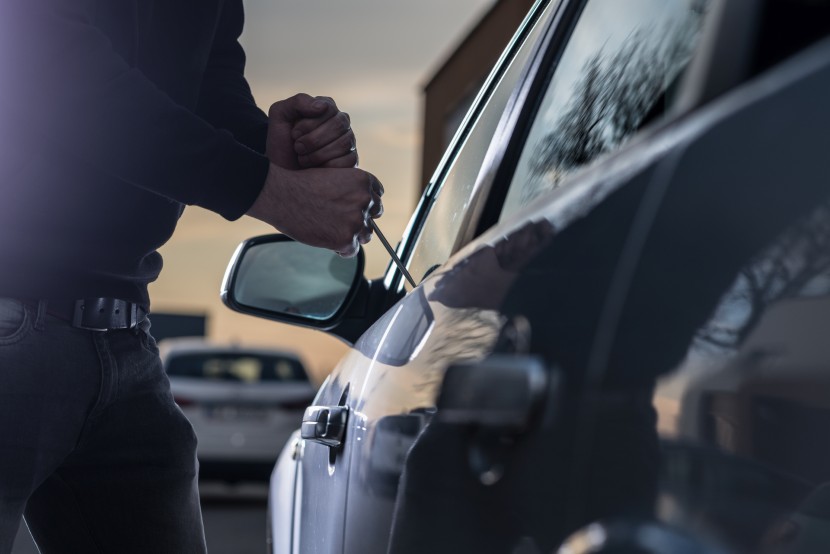 Many car thieves are part of a bigger industry. Some high-value vehicles can be driven to a secure location and then left for several days to be checked thoroughly for tracking devices.

Once ‘cleared’ and the car re-programmed, they can be then sold on.

So, while car makers get better at making our vehicles more secure, criminals get smarter too.

“Huge progress has been made since the 1990s, with car makers successfully adding layers of new security to deter opportunistic thieves. Fast forward to 2022 and vehicle theft looks a lot different. Largely the work of sophisticated criminal gangs, vehicles are typically stolen using digital kits to circumvent mechanical security.”

Where are the UK theft hotspots?

According to vehicle tracking provider Tracker, the theft hotspots in the UK are:

It’s no surprise that London tops the list given that it’s densely populated and probably has multiple high-value cars on its streets.

But surprisingly, the West Midlands remains in second place after moving up the list in 2020.

Keyless entry theft is still on the rise in these areas too, with 94% of the cars being stolen without using the owners keys.

Prevent keyless theft and get a Faraday pouch

Keyless entry and start is a convenient feature now on many cars.

While often helpful, keyless entry has a gaping drawback – it can make it easy for car thieves to take off with your car.

Often working in pairs, car criminals do this by hijacking a car key’s radio signal, sending it to a nearby transmitter handled by an accomplice.

This acts as the ‘key’, letting them open your car up, start the engine and drive it away, possibly to be stripped for spare parts. This method is known as keyless entry car theft.

Luckily a Faraday pouch helps protect you from keyless entry car theft. Most of these have signal-blocking stitching that helps to block out any radio interference.

It comes as a small hold-all and you simply put your key fob inside.

Invest in a steering wheel lock

A tough, brightly-coloured metal lock clamped across your steering wheel is a strong visual deterrent for many car thieves – though not for the most determined.

While some wheel locks do look a bit on the heavy-handed side, most owners feel their highly-visible presence is worth it for the peace of mind.

If you buy a wheel lock, make sure it doesn’t lean too heavily on the horn or nearby indicator stalk.

Also check that it doesn’t scratch the steering wheel or get in the way of automatic gearbox paddle shifters, if you have them fitted.

Good wheel locks can be expensive, but their chunky, robust presence is hard to ignore.

If you drive an EV, be mindful of the security of your electric charging cables. Any cables left outside your house, for example, may be vulnerable to theft.

Some electric car charging cables aren’t easily stolen. But some charging stations rely on EV drivers to use their own cables – and it’s easy to leave these unattended.

Typically a standard Type 2 BP Chargemaster cable retails around £150 and is widely used across many marques, including Audi, BMW, Peugeot and VW.

If you have a garage, try and keep all your charging kit inside it. It’s best not to over-advertise this increasingly targeted and expensive equipment.

A GPS tracker could be an inexpensive way of pinpointing exactly where your car is.

Many of us already use GPS satellite technology when using our phones – Google Maps, for example. But you can fit GPS car trackers discreetly to a vehicle, often with a simple adhesive patch.

Some trackers rely on their own long-life battery while others can be wired up to your car’s on-board diagnostics (OBD) port.

Almost all cars made after 1996 have an OBD, and you can set them up using your own SIM card. There’s plenty of flexibility and choice. Some start from as little as £50, or even less.

A VHF system is also an option – though it tends to be a bit more expensive.

The VHF advantage is that it can track your vehicle down even if it’s been hidden underground, or in a hard-to-find, isolated shipping container.

The cost of car trackers can vary depending on the manufacturer. You might be able to buy the device with a one off payment, for others you might have to pay a monthly fee via a subscription service.

Most cars on the road have immobilisers fitted to them. Immobilisers have been required by law since 1998.

But if your car is older, possibly a classic car, then consider having them professionally fitted.

Before immobilisers became commonplace, some cars could be ‘hot-wired’ to start without a key. An immobiliser’s job is to stop an engine being run unless the correct key is used.

A car engine only starts if a code inside the key’s transponder chip matches the code planted in the immobiliser, which is usually factory-fitted.

While an immobiliser won’t stop determined thieves from stealing your car, it certainly slows down a car criminal’s progress.

And the more secure your car is, the lower your insurance costs could be. So they’re good news.

If you’re having an immobiliser fitted by an aftermarket installer, make sure the device is Thatcham-approved.

Park in a secure or well-lit location

Choosing where to park could have a dramatic impact on how easy or difficult your vehicle is to steal.

Car thieves don’t like well-lit public roads as they’re easily seen. So, side roads or dimly-lit alleys aren’t sensible to park your car.

That’s common sense, of course. But areas of high crime can be easily avoided, even if you don’t know an area well.

Smartphone parking apps also make secure parking easier to find. Most have easy-to-use interfaces with on and off-street parking options, plus live availability in some cases.

Some even allow you to track down private rented driveways as an alternative.

There are plenty of tools and solutions to help you keep your vehicle secure and your no-claims bonus intact.

But wherever you park, make sure you park close to other people’s cars. If your car’s a bit isolated, it’s easier to be preyed on.

CCTV cameras add another layer of security, of course.

Buy a car with better security as standard

Thatcham Research suggests consumers look at its own car security ratings when choosing their next car.

While premium models often have better security than cheaper cars, it’s not a certainty. And some ‘premium’ vehicles, by their very desirability, are more vulnerable to being stolen.

Thatcham Research recommends asking a dealer if a keyless fob can be turned off overnight – or if it has an automatic ‘sleep’ function.

The good news is that some car makers are now switching to better wireless technology such as Ultra Wide Band (UWB) and Bluetooth Low Energy (BLE). These are thought to be more tamper-proof.

Keep your paperwork at home

Never keep your car paperwork inside the car. Always store the logbook and your car service records safe at home.

The most important document is the logbook, or V5C, which is your car’s registration document.

Although VED car tax and driving licences are now digitised, the British logbook, a paper-based hanger-on, has held out.

If your car is stolen with the V5C inside it, you must tell the police and your insurer immediately. You should also get a crime reference number.

And if you’re buying a car, make sure the logbook has a ‘DVLA’ watermark and that its serial number isn’t:

A catalytic converter is part of a vehicle exhaust and filters out harmful engine emissions. The Association of British Insurers (ABI) warns that catalytic convertor theft it’s a growing problem.

“They have become targets for thieves because of the high value of the metals they contain, rhodium and palladium,” the ABI warns.

"Thieves crawl under vehicles, sometimes sawing off the converters so causing more damage. The repair bill can typically range from £2,000 to £3,000.”

Keep valuables out of sight

Remove any valuables from your car, or at least hide them. This includes sat navs, expensive trainers, fishing equipment - anything that could be seen as valuable by a criminal.

It’s wise not to leave anything in your car overnight as any bag or object could be tempting for a criminal. Even if they deem the item worthless, you might have to repair your car’s window if they get in using brute force.

Check who you’re leaving your keys with

Most of us leave our keys with a garage when we’re getting MOTs or repairs done.

It’s worth checking that they’re a member of an accredited code of practice or professional standard. Thatcham research recommends checking Motor Codes before you hand over your keys.

If you’ve bought a car second hand and you’re only given 1 key, visit an approved garage to get the missing key deleted. It might be worth getting a spare key while you’re there too.

Did you know that some dash cams don’t just record collisions?

To get value for money, it’s worth investing in a dash cam that has ‘parking mode’. This detects and records movement when the car is parked.

This makes it easier for the police and your insurer when it comes to gathering evidence and making a claim.

Link your security system to your smartphone

Some vehicles have built in security systems that can alert you through notifications. It’s worth activating this system if your vehicle has it.

If you’re parting ways with your car and it stores any sort of data - this includes navigation apps and any phones you might be connected to - make sure you wipe it.

You might be able to do this by performing a factory reset on your car.

How can I protect my car from being stolen?

Here are our top tips to help protect your car from being stolen:

For more ways to secure your car, and for answers to more common car security questions, take a look at our guide on protecting your car from theft. 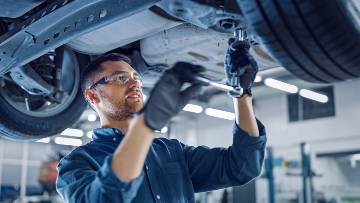