Skip navigation
Retrieve a Quote My account
You are here:
08 Sep 2020 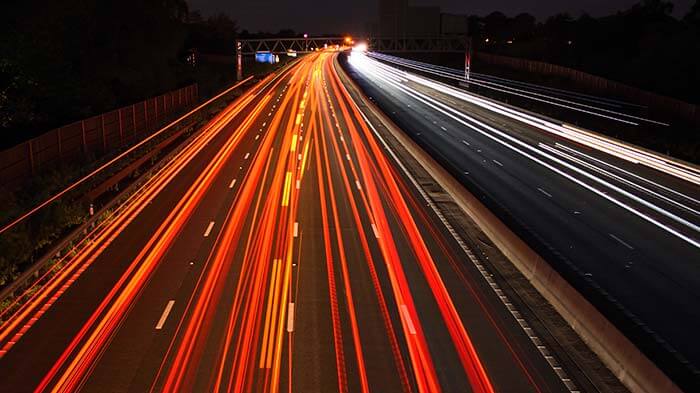 More smart motorways are being rolled out in England. But has the government made them safer?

How do you feel about smart motorways? Let us know in the comments section below

Seven new smart motorways will be built in England.

It’s thought that these will improve the Strategic Road Network (SRN) which is comprised of major A-roads and motorways. Covering 4,000 miles of road in England.

This is part of a wider project to vastly improve the road and rail networks in England. Costing around £27 billion.

Many motorists are worried about the safety of smart motorways. And quite rightly - there have been 38 deaths on smart motorways in the last five years.

So where are the new smart motorways? And what measures are the government putting in place to ensure our safety? Let’s find out.

What is a smart motorway?

A smart motorway is a section of motorway designed to help traffic flow. Using traffic management systems – like variable speed limits – helps to raise or reduce capacity on these motorways.

Smart motorways also use the hard shoulder as a normal traffic lane when congestion increases. This is sometimes known as a 'dynamic hard shoulder'.

Highways England built these motorways with a view to manage traffic without having to build more roads. Reducing the impact on the environment, as well as the time and cost it takes to build new roads.

Where will the new smart motorways be?

The new smart motorways are as follows:

How are they going to make smart motorways safer?

Earlier this year, temporary hard shoulders were identified as an area of smart motorways that needed safety improvements.

When a car breaks down on a smart motorway, it has to remain stationary in busy traffic while waiting for breakdown services to arrive - rather than in a dedicated hard shoulder.

This is when casualties can occur.

Earlier this year, Grant Shapps expressed concerns over this and began analysis into the safety of smart motorways.

Between 2015 and 2018, the were fewer fatal casualties for smart motorways with a temporary hard shoulder than a motorway with a permanent hard shoulder.

However, there were a higher number of serious casualties on smart motorways with a temporary hard shoulder between 2015 and 2017.

People are still concerned about smart motorways and their safety. Earlier this year Grant Shapps announced measures to improve safety on smart motorways:

You can find more safety measures on the GOV.UK website.

However, some believe that these measures aren’t enough to keep motorists safe.

How will the government fund the new smart motorways?

In August, Grant Shapps announced an ‘Acceleration Unit’ to speed up the delivery of transport projects.

The unit will immediately start vital road and railway work that’s been delayed due to lockdown.

“As Britain begins to get moving once again after 4 months of lockdown, no-one should underestimate the scale of the challenge ahead.

We want to accelerate Britain’s recovery by investing in vital infrastructure that will help get businesses back on their feet, create jobs to replace those that have been lost and level up our country.

The creation of our new Acceleration Unit and investment in our roads and railways will ensure we build back better, greener and faster in the future.”

This announcement coincides with a £360 million investment on general infrastructure, roads, and railways.

The Acceleration Unit will start working on road improvements set out in the Road Investment Strategy (RIS). A long-term plan to improve England’s most used A-roads and motorways.