Skip navigation
Retrieve a Quote My account
You are here:
28 Jun 2021 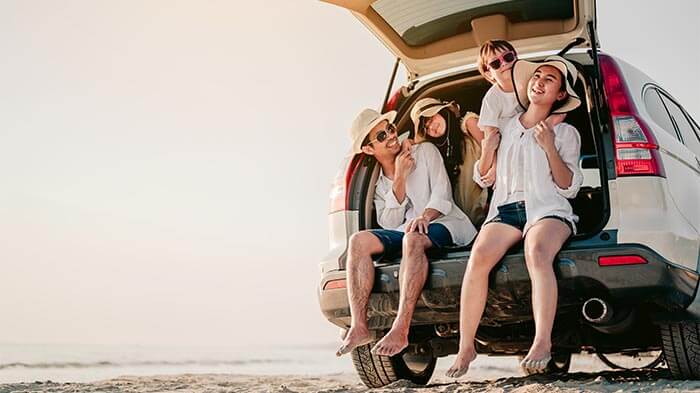 Driving on the continent while on holiday is been a great way to get to know European countries, giving you more freedom to explore.

But whether you’re going on a camping holiday in France or embarking on a road trip extravaganza through multiple countries, it’s worth doing a bit of homework in advance.

Brexit means there’s now also added paperwork to consider before you depart, so you should plan further ahead.

And having at least some European car insurance in place remains crucial.

Jump to a section:

The UK has left the EU, but you can still use your UK driving licence to drive around EU member states.

And the same goes for countries that are members of the European Economic Area (EEA) such as Norway.

The European Commission has announced that UK drivers no longer need to show a 'green card' when driving in EU countries.

A ‘green card’ acts as proof that you're insured to drive abroad. The decision from the European Commission means a little less red tape to worry about before you go abroad.

If you’re driving your own car, you need to take your V5C logbook with you. It’s also now a requirement to put a GB sticker on your car, even if your reg plate has a GB icon.

You could need an international driving permit (IDP) in certain EU countries and Norway if you only have a paper driving licence or if your licence was issued in Jersey, the Isle of Man, Gibraltar or Guernsey.

But for most UK residents, having a photo ID driving licence means you won’t need an IDP.

You can still take your pet with you, but you’ll now need an Animal Health Certificate (AHC) rather than an EU pet passport.

Make sure your car insurance policy covers travel to Europe.

Speeding fines on the continent can prove costly.

Less data sharing between the UK and EU post-Brexit means you may not be so vigorously pursued for unpaid speeding fines on your return to the UK as you might have been before.

But you could still have your car seized while on holiday.

Police in France, for example, now have the right to impound your vehicle if you are travelling more than 50kph (roughly 30mph) above the limit.

Exceed the permitted rate by 40kph (25mph) and your licence could be confiscated. In Germany, your car can be towed away if you are unwilling or unable to pay any instant fines.

In France, there are different speeding laws for when you’re inside and outside of a built-up area.

If you're in town and you go over the speed limit by less than 20kph you could receive a fine of €135.

If you're outside a built-up area and you exceed the speed limit by between 20kph and 49kph you'll also receive a fine of €135.

If you're outside a built-up area and you go over the speed limit by less than 20kph you'll receive a fine of €68. This is reduced to €45 if you pay within 15 days.

If you break the speed limit by more than 50kph then the fine will be €1,500, with no discount allowable.

Someone caught exceeding the speed limit by more than 50kph for a second time in three years could face a fine of €3,750.

German speeding fines tend to be lower compared with France.

Again, German speeding fines vary according to whether the offence has taken place in a built-up area and the extent to which the limit has been breached.

If you break the speed limit by less than 10kph out of town, the fine would only be €10.

The maximum out-of-town penalty progressively rises depending on the extent of the speeding.

How much you pay for breaking the speed limit in Spain generally depends on how much you went over the limit.

At the lower end, expect to pay a minimum fine of €100, while speeding at the higher end of the scale could leave you €600 out of pocket.

Speeding fines can vary a lot in Italy, so beware. As in other countries, the fine will rise according to the extent to which the speed limit was breached.

But the fine will also increase quite a lot if the offence was committed between 10pm and 7am.

Breaking the speed limit by less than 10kph could cost as little €41 but as much as €224 if it takes place between 10pm and 7am.

Can you get points on your UK licence for speeding abroad?

Right now, there’s no mechanism in place for points that you get abroad being transferred to your UK driving licence.

However, if you’re stopped by police on the continent, they could have the power to impose on-the-spot fines. Even if this means escorting you to the nearest cash machine.

Arguing that you weren’t aware of the speed limit or that you have a ferry to catch is unlikely to get you off the hook. And you could face paying hundreds of euros depending on the severity of your offence.

Motorway tolls in Europe and what to look out for

Motorway tolls are more widespread on the continent than in the UK. If you don’t have cash on you, it shouldn’t be an issue, as toll points tend to accept debit or credit cards as well.

You can usually get to your destination without using the motorways and avoiding the tolls, but this could add significant time to your journey.

Typically, the longer the distance you are covering, then the more worthwhile paying the tolls becomes.

For short journeys, you may be better off avoiding the toll motorways altogether as your journey might not be that much quicker anyway.

You’ll need to pay a toll if you want to drive on the motorway in France.

There are a range of different toll gates that ask you for pre-payment as you drive through the country’s autoroute system. You can also come across specific tolls for bridges and tunnels.

Generally, the toll will be higher the longer the stretch of motorway that you are entering.

The good news is that if you’re driving a car in Germany, there shouldn’t be many tolls to pay at all. It tends to be just vehicles weighing over 7.5 tonnes that are liable for motorway tolls.

You'll encounter tolls on major motorways (autopistas) in Spain, though you'll also find stretches of motorway where you don't need to pay a toll.

Toll charges can be cheaper than in France. But charges can depend on the route you are taking as well as the distance you are covering.

Motorway toll charges for cars in Italy largely depend on the distance being covered.

Getting the right car insurance

If you have a standard 12-month car insurance policy in the UK, then you’ll probably be covered to drive in some European countries for up to 30 days.

However, you need to check your European cover status, as the level of cover and the countries included can vary from insurer to insurer.

Even if you have comprehensive insurance cover in the UK, you might only have the most basic third-party cover for driving in Europe.

If you only have standard third-party cover to drive in Europe, it might be worth considering paying a bit extra to upgrade your insurance.

That’s because, with third-party cover, if you're involved in an accident that's your fault or where the fault is unknown, you won't be able to make a claim for any repairs.

If you’re looking to take out a new policy that includes extra cover for driving abroad, some insurers offer European car insurance as an optional extra.

Think about the length of the trips you intend to take and the number of days that will be covered by the policy.

European breakdown cover is available as an optional extra on your car insurance or as a standalone policy.

While it’s not a legal requirement, having this in place could give you peace of mind and allow you to avoid expensive repair bills whilst on holiday in Europe.

If you’re hiring a car in Europe rather than taking your own, you might want to consider car hire excess cover

This excess is often between £500 and £2,000. Sometimes it’s even higher, depending on the vehicle type and who you're hiring the car from.

What to do if you're pulled over by the police

Being pulled over by the police on the continent might be nothing to worry about.

Routine checks are commonplace along the roadside in EU countries such as France, Spain and Italy. You could be on your way in just a few minutes, with no problem.

If it happens to you, keep calm and act just as you would if you were stopped by the police in the UK. It’s worth remembering that laws between the UK and the EU can vary

And between EU member states and EEA countries. So do some research on the specific road laws of the country you’re visiting beforehand.

If you’re asked by the police to pay an on-the-spot fine, you should try to pay there and then, as otherwise you could end up having your car towed away.

Always do some research prior to your trip, so you get a better idea of what to expect. Make sure to get to know the road signs.

As a general rule, it’s better to drive with a little extra caution when you’re on the continent as there are some differences to the UK.

The obvious one is that you’ll be driving on the right-hand side of the road rather than the left! So think about how you will be navigating junctions and roundabouts.

If you’re doing a long-distance trip, take plenty of rest breaks, and consider dividing the journey up by staying overnight in a hotel along the way.

Driving tired on unfamiliar foreign roads could increase the risk of an accident.