Blue lights flashing away, the Doppler effect of the screeching sirens - it’s all quite dramatic, and for good reason. But the sight of a fire engine, police car or ambulance bearing down on you as seen through the rear mirror is one that can send the heart racing.

The last thing anyone wants is to hold up the emergency services. But unless you know how to react, there’s always a chance that you could become the problem. 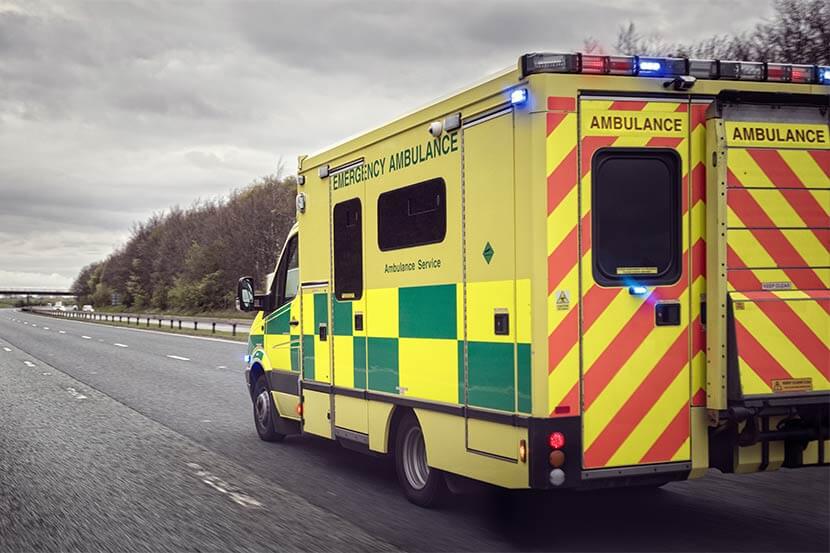 One issue motorists face is that emergency vehicles can appear from nowhere. At the same time, other drivers might get wind of a police car hurtling at them at speed seconds earlier, creating confusion for those that haven’t spied the oncoming problem.

For this reason, it makes sense to understand what the law requires of drivers.

What does the Highway Code say about emergency vehicles?

The Highway Code spells out exactly how you should react in the event that you're faced with an emergency vehicle appearing on the scene.

The Highway Code sets out nicely what car users should do. But it's always worth remember the fact that an emergency vehicle is being driven by someone who's under pressure.

You might think it helps to speed up and career along the road, cutting a path for them. In fact, the best thing you can do is slow right down and move over, so they can pass.

The Highway Code also lays out the course of action drivers should take when approached by an emergency vehicle:

Other factors to consider when giving way to emergency vehicles

It sounds straightforward when you look at it like that. But in the moment, things are rarely straightforward. So, here are some other tips to help you in certain circumstances:

If you hear a siren, check your mirrors. It’s not always clear where an emergency vehicle is until it's almost on top of you.

Watch for tail lights ahead and for flashing blue lights behind you. If in doubt, slow down and pull over. This is a particularly sensible option if you're driving in a heavily congested area.

Junctions are a pinch point at the best of times, but be aware of pedestrians.

If you stop at a junction, pedestrians might not realise what's going on. Especially those engaging with their phones or with headphones plugged in.

They could step out into the path of the emergency vehicle. Slowing down ahead of the junction should give even the most unaware of pedestrians pause for thought.

Scene of the incident

If you find yourself at the scene of an incident, ensure you don’t add to any problem by loitering or parking inconsiderately.

Ambulances and fire engines in particular take up a lot of space on the road.  And firefighters might not balk at the prospect of ‘bouncing’ a poorly parked car out of the way.

If your car is clipped by an emergency vehicle responding to a 999 call you should be covered by your car insurance provider.

That’s unless your car is parked unlawfully, such as on double yellow lines. Drivers who rely on hazard lights rather than parking properly are also unlikely to receive much sympathy from their insurer.

What to do if you hear a siren or are confronted with a fire engine, police car or ambulance rocketing toward you is a genuine concern. With this in mind, here are some of the more pertinent questions and answers that drivers seek:

Can you jump a red light?

Can you speed to help emergency vehicles?

No. Emergency vehicles respond to all manner of incidents, including drivers who exceed the speed limit and crash, so your good intentions might just add to the problem. Pull over, safely, rather than attempt to break the land speed record.

Should you use the hard shoulder?

This isn't a good idea as the emergency services might resort to the hard shoulder to by-pass traffic on motorways that are clogged up by an incident somewhere up the line. And if it's a smart motorway, that hard shoulder could disappear.

Should you pull up onto the pavement?

No. You might be moving too fast to judge the stopping speed and could endanger pedestrians. Likewise, if you stop on a corner, people and traffic ahead might not be able to see the incoming emergency vehicle traffic. Just slow down, stick your hazard lights on and wait until the blue lights pass.

What if I just don’t know what to do?

You might be popping to the shops for a pint of milk or a loaf of bread, and suddenly all hell breaks loose. This is a distinct possibility. But bear in mind that the person behind the wheel of the ambulance, fire engine or police car is trained to drive under this level of pressure. You are not. All you need to do is safely pull over and let them pass.