Netflix and…drive? Changes to the Highway Code could mean you might be able to watch TV in your self-driving car. But is this safe? 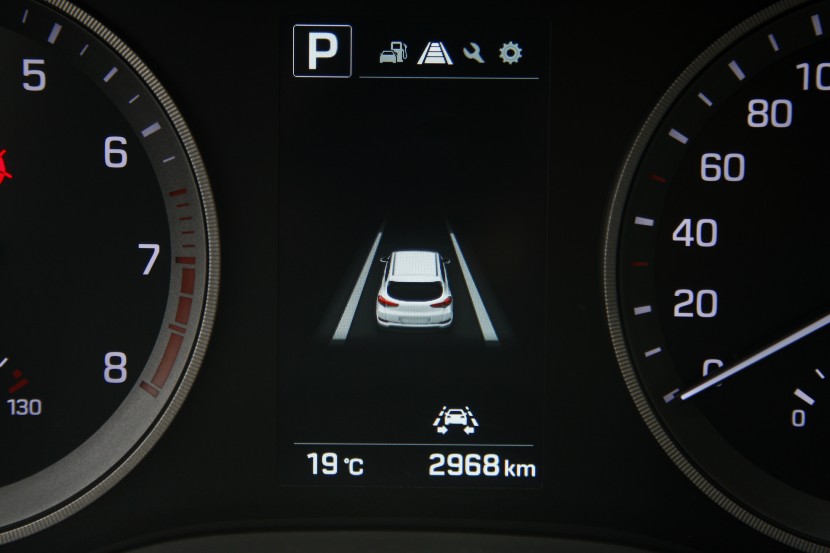 You could watch TV on built-in screens in your self-driving car soon, according to a new update to the Highway Code.

The content doesn’t need to be related to driving either - so you could start and finish the latest Netflix series on your morning commute.

But drivers must still be able to take control of the vehicle when required.

This might seem like a while off for many motorists, but automated lane-keeping systems or ALKs are an example of a self-driving system. These are automated systems that can take control of a vehicle at low speeds.

There was contention in 2021 between The Association of British Insurers (ABI) and Thatcham Research, when the government declared this technology to be ‘self-driving’.

For both of these changes, the implications on car insurance remain unclear. We explain ALKs and the new changes to the Highway Code.

How do self-driving cars work?

Self-driving cars or autonomous vehicles (AVs) use technology to replicate the behaviour of humans.

This tech includes radar, light detection and ultrasonic sensors that can spot other vehicles and pedestrians and understand signs and road lanes.

The idea behind self-driving cars is to create vehicles that drive themselves better and safer than people drive them.

Science fiction has long had us dreaming of vehicles that literally drive themselves – dropping you off at work before popping home and parking themselves, for example.

But for now it’s more about being able to take your hand off the steering wheel without losing the ability to resume complete control when you want to.

According to the government, the first self-driving vehicles could be approved later this year. But they have to undergo rigorous testing and can only be classed as self-driving if they meet strict standards.

What do the new changes to the Highway Code mean for self-driving cars?


In short, the new changes mean that you could watch anything you like on the in-built screens in a self-driving car.

But you can’t get too lost while you’re rewatching Lord of the Rings. The changes to the Highway Code emphasise that you must be able to resume control of the vehicle if you need to. An example of this will be when you approach a motorway exit.

“If the vehicle is designed to require you to resume driving after being prompted to, while the vehicle is driving itself, you MUST remain in a position to be able to take control.

"For example, you should not move out of the driving seat. You should not be so distracted that you cannot take back control when prompted by the vehicle.”

"This is a major milestone in our safe introduction of self-driving vehicles, which will revolutionise the way we travel, making our future journeys greener, safer and more reliable.

"This exciting technology is developing at pace right here in Great Britain and we’re ensuring we have strong foundations in place for drivers when it takes to our roads."

It will still be illegal to use mobile phones in self-driving cars, as they pose a greater risk of distraction to motorists, the government says.

Thatcham research has welcomed the announcement. It's particularly endorsed the emphasis on drivers taking control of the vehicle when required to and banning mobile phones.

"This is another notable landmark on our journey towards safe Automated Driving in the UK.

"Education is a key enabler of safe adoption, and as such we welcome the announcement’s focus on ensuring that drivers understand their legal obligations behind the wheel of any vehicle described as having ‘self-driving capability"

What will ALKS do in self-driving cars?

ALKS is an example of driver assistance technology. It keeps the car in-lane on the motorway at low speeds, controlling its movements for extended periods.

Driver assistance technology is common in most new cars. One example is adaptive cruise control, which monitors the vehicle in front and controls the car so it keeps at a fixed distance.

Other examples include parking assistance and blind spot warnings.

But none of these systems has been classed as ‘self-driving’, and they were always designed to support drivers rather than replace them.

ALKS, however, is classed as ‘self-driving’ technology, giving drivers the choice to delegate control of their car.

Should ALKS be defined as self-driving?

The government has decided that ALKS can legally be defined as self-driving.

“Automated lane-keeping systems as currently proposed by the government are not automated.They are assisted driving systems as they rely on the driver to take back control.

“Aside from the lack of technical capabilities, by calling ALKS ‘automated’ our concern also is that the UK government is contributing to the confusion and frequent misuse of assisted driving systems that have unfortunately already led to many tragic deaths.

“A widespread and effective ongoing communications campaign led by the automotive industry and supported by insurers and safety organisations is essential if we are going to address current and future misconceptions and misuse.”

Is ALKS in self-driving cars safe?

The government believes that the system could improve road safety by reducing human error, which contributes to more than 85% of accidents.

But there are still uncertainties around self-driving tech.

Thatcham and the ABI believe there are four key areas the government needs to change before ALKS can be classed as self-driving and safe:

How will self-driving cars impact insurance?

Thatcham research says that who pays when a fully autonomous vehicle crashes “remains unclear”. But car makers and car insurance  companies need to work together when a driver makes a car insurance claim.

If there’s an incident, data may need to be collected from AVs to show if the vehicle was in its ‘self-driving’ mode or not at the time of the crash.

The Automated and Electric Vehicles Act 2018 says that insurance companies are liable for damages caused by an autonomous vehicle they cover. But Mercedes recently announced that it would accept liability when its ‘Drive Pilot’ is activated. Data collection will be vital to determine who was at fault - either the car or the driver.

"As a clear communication to the consumer, the announcement’s focus on the driver’s legal responsibilities is important, especially when it comes to taking back control from the system.

"This is an area of risk and it’s important that drivers are aware that they must remain engaged and be ready to resume the driving task at any time."

In theory, having self-driving cars everywhere might make our roads safer, reducing the risk of an accident and making car insurance prices cheaper.

But, given that autonomous technology is expensive, and there’s still the opportunity for human error, we could see car insurance costs go up for self-driving cars.