LPG van conversion - what you need to know

Fuel prices are soaring and one way to cut costs and help the environment could be with an LPG conversion. It provides an alternative to petrol or diesel and could save you money.

But before you start seeing savings, you need to factor in the initial LPG conversion cost, which can be expensive. Here we look at the pros and cons to help you decide if it's right for you. 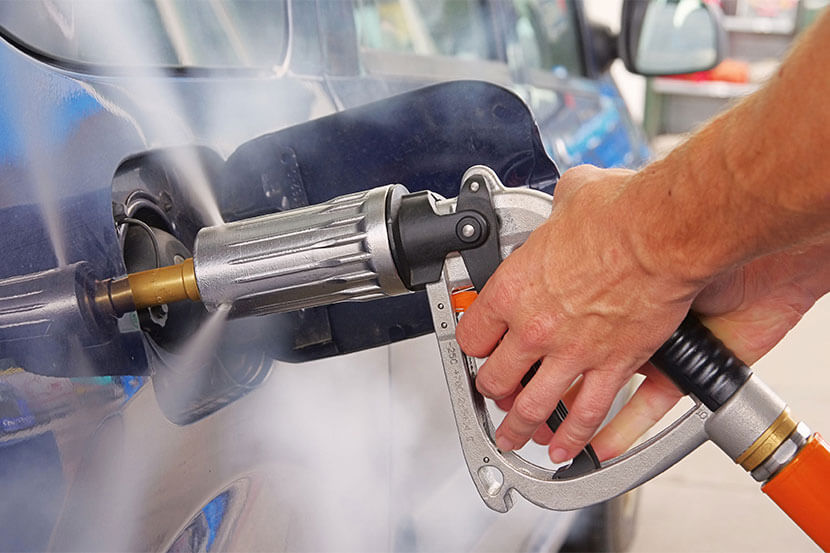 LPG, or Liquefied Petroleum Gas, is an alternative fuel to petrol or diesel. It's technically a hydrocarbon gas and can be used for a range of things, from fuelling your van to lighting the barbeque. LPG comes in 2 forms, propane and butane, and it's usually a cheaper option than other types of fuel. It's also better for the environment than petrol and diesel.

Much kinder to your pocket and the environment, there’s much to like about LPG for vans. It’s taxed lower than petrol and diesel, meaning you pay less to fill up your tank. Much less.

Currently (August 2022) LPG costs around 85p a litre, partly due to LPG duty being far lower compared to petrol and diesel.

Contrast this to around £1.84 a litre for petrol and £1.94 for diesel, according to our petrol prices tool.

You can buy LPG across more than 1,250 UK fuel station forecourts. So, you never have to drive far to fuel up. Many are open 24/7 too.

LPG kicks out around 90% less nitrogen oxide (NOx) than diesel. As it produces fewer particulates, it’s better for your engine’s health, our health and our planet.

How much does an LPG conversion cost?

Adapting your petrol van to LPG might be on the steep side. We’ve seen prices as low as £1,200 but also as high as £2,000. Much depends on the age of your vehicle.

If you have a relatively new van, its engine might rely on a direct injection system.

The newer the tech, the more expensive the LPG conversion cost might be. This might wipe away any potential savings you get from the lower fuel costs.

If you’re considering LPG long-term, call around some LPG converters in advance. DriveLPG has an approved list of installers.

What are the drawbacks of an LPG van conversion?

LPG isn’t as fuel efficient as diesel or petrol. You might see a 15-20% rise in fuel consumption as a result. That means there’s less range running on LPG only – though with 2 fuel tanks you’ve got more range overall.

But LPG’s per litre cost saving means you’re still likely to be way ahead than with a petrol or diesel model.

An LPG tank also needs an annual check-up to make sure it's running smoothly.

Depending on where you live, you might find that compatible filling stations are a bit more scarce. But if you plan ahead a bit you should be fine.

One LPG con that doesn’t get much attention is van choice. A lack of demand for non-diesel vans means a somewhat sparse model menu, particularly when buying new.

It’s a bit of a vicious circle – the lack of supply means a lack of demand.

But as we get nearer a net-zero emissions world, it could be that cleaner-burning LPG becomes part of the used van market for some time.

There’s one more downside. For health and safety reasons, LPG-equipped and dual-fuel vehicles aren’t allowed in the Channel Tunnel.

What are the pros and cons of an LPG van conversion?

Does an LPG conversion affect my van insurance?

Once your van’s converted it’s placed on the Liquid Gas UK Vehicle Register. This helps to protect its resale value.

Being eco-conscious on the road usually means driving in a more defensive, measured manner. So, environmentally-minded drivers could be thought of as a lower risk, which could result in lower insurance costs.

It's worth speaking to your insurer beforehand to see if converting to LPG might impact your policy. If your costs do go up, it’s worth shopping around for a policy that suits your needs and your wallet. If you're looking for other ways to cut your van insurance costs, check out our guide on how to save on your van insurance.

How do I install LPG in my van?

Get your van conversion done from an approved LPG converter. The LPG installation process is highly technical, and not one for the weekend DIY-er, however confident or capable.

There's a list of fitters on the Liquid Gas UK website, who are the UK trade body for LPG. Your van insurance company might much prefer an official LPG conversion too.

Bear in mind that if you do attempt to modify your vehicle in any way, your insurance policy could become more expensive or even invalid.

How do I fill a van with LPG?

It’s easy and similar to filing up with petrol or diesel:

If you’re travelling in Europe and you’re filling up an LPG tank – you might need LPG converter connectors. You can buy these online.

They usually go under the name of LPG Travel Adapter Kit – or something similar. There are different connectors for different countries.

Can I convert my diesel van to LPG?

You can, but the savings aren’t so spectacular. Also, one of the main benefits of diesel is that it gives you more range compared with petrol-powered vehicles. If you run mainly on LPG, that advantage tends to get lost.

Overall, the combination of diesel and LPG doesn’t do much for emissions or air quality. It might not be worth your while.

While most vans are diesel-powered, petrol van sales are rising because of the reputation of ‘dirty diesel’. This is a slight shame as the latest diesel Euro 6-engined vehicles are highly efficient and relatively ‘green’.

If you’re in the market for a new van, it could be worth considering your electric van options too. Especially if you do a lot of short hops or city centre stop/start driving.

What are the other fuel options for my van?

Much of it depends on your van budget. Electric vas are an option, but it’s an expensive one for many pockets.

Vans are changing too. Traditionally payload – the overall weight you can safely load – has been a manufacturing priority.

The van has to be able to travel at least 60 miles with zero emissions. These 100% electric van models include:

Should I get a hybrid van instead?

Hybrid vans have electric motors added to their petrol or diesel engines. The Ford Transit Custom Plug-In is a good example.

But for long distances, think carefully about electric motor and petrol (or diesel) combinations. A traditional arrangement might serve better – including LPG conversions.

For most van makers, it makes better commercial sense to go straight to the 100% electric market. But pay attention to battery sizes, which could affect your ultimate driving range.

Euro 6 regulates the level of pollutants released into the atmosphere from vehicle engines. It was brought in to reduce the levels of harmful emissions, including NOx and carbon monoxide. Pretty much all vehicles - including those using petrol and diesel - need to adhere to the limits set by Euro 6.

Most modern vehicles - those made after 2016 - are compliant with Euro 6 but if you have an older car you could convert it.

However, this can be expensive and it's only really possible with diesel vans. Even if you make the decision to convert a diesel van, so it meets the latest standards, it's likely to be costly.

How much does a Euro 6 conversion kit cost?

If you're looking into a Euro 6 conversion, you need to properly research all the costs first. In many cases it may not make sense financially, and an LPG conversion could be a better option.

At the moment it's still a niche service and most conversions are for commercial vehicles, costing up to £3,000. There's also no current certificate for retrofit systems, so even if you pay for a conversion it may not meet the standard required. 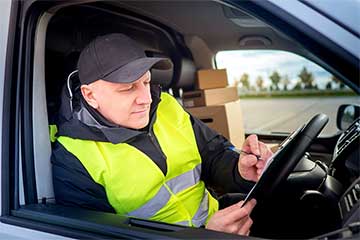