The Ultra Low Emission Zone has been expanded beyond central London to cover much of the capital. And drivers who are caught unawares face additional charges. Here’s what you need to know about the scheme. 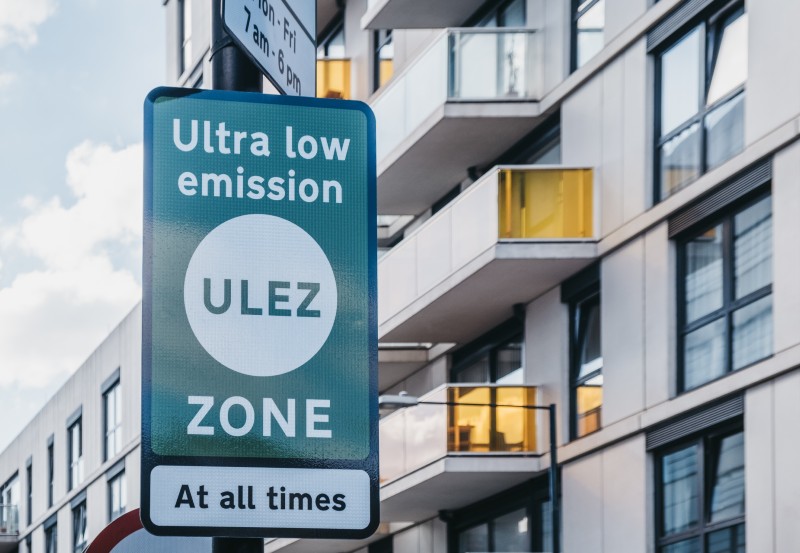 What does ULEZ mean?

ULEZ means that if you drive a car with high levels of emissions, you face an extra charge to enter the designated area.

Transport for London (TfL) introduced the Ultra Low Emission Zone in April 2019 to encourage people to use greener methods of transport in the capital.

In October 2021 it was expanded to cover inner London. The new ULEZ zone is roughly within the boundary of the North and South Orbital roads.

Since the announcement, motorists have been left confused as to why they need to pay ULEZ on top of the congestion charge.

Why is there a ULEZ?

According to Transport for London, road transport is the biggest source of harmful emissions.

The most damaging pollutants are generated by road transport in central London, where the congestion zone operates.

TfL believes that the charge will reduce the number of cars that cause pollution in the capital and improve air quality for its residents.

It estimates that around 40,000 vehicles will be affected every day, as they don’t meet the new emissions standards.

Is my car ULEZ compliant?

If your vehicle doesn’t meet the low emissions standards you might be charged £12.50 to enter the ULEZ. Heavier vehicles, including lorries over 3.5 tonnes, are charged £100.

TfL has an online checker that you can use to see if you need to pay to drive your vehicle in the ULEZ.

At a glance, the main vehicles that aren’t ULEZ compliant are:

You can also check where the zone operates using TfL’s postcode tool.

Can I make my car ULEZ compliant?

Depending on the vehicle you drive, you might be able to make it ULEZ compliant by retrofitting it with emissions reduction technology.

You can find out more about the retrofit process and get a list of approved suppliers. However these technologies focus on vans and HGVs and are unlikely to be an option for regular car drivers.

For most drivers the most straightforward way of making their car ULEZ compliant would be to replace it with one that does meet the criteria.

One of the options open to motorists is an electric car.

Do I need to pay for the ULEZ?

Unlike the congestion charge, the ULEZ charge applies 24 hours a day, 7 days a week except for Christmas Day.

The charge runs from midnight to midnight. If you drive in the ULEZ area before midnight and then again after midnight, you have to pay the charge twice. This is on top of the regular congestion charge.

TFL has also put measures in place to accommodate drivers who are looking into alternative ways of travel. Some of these include a bus fare freeze and encouraging cycling or walking.

How do I pay for the ULEZ?

There’s a variety of ways you can pay the ULEZ, including:

How long do I have to pay the ULEZ charge?

If you’ve driven in the ULEZ you don’t have to pay the charge immediately. TfL gives drivers until midnight on the third day following the journey. Fail to make payment in time and you may be given a penalty charge notice (PCN).

Alternatively, if you know you are going to be driving through the ULEZ you can pay up to 90 days in advance.

Do I still have to pay the congestion charge if I pay for the ULEZ?

What is the ULEZ scrappage scheme?

The idea behind ULEZ is to encourage more environmentally friendly forms of transport. And with the scheme expanding, more Londoners may be considering upgrading to a less polluting car.

TfL initially offered a ULEZ scrappage scheme to encourage people to switch to a more environmentally-friendly car, motorbike or moped. However, the scheme has since been closed to any further applicants.

There are no plans as yet to expand ULEZ any further in London but Clean Air Zones and Low Emission Zones are being rolled out in other cities in the UK.

As ULEZ expands and more cities start up similar low emission zones, is now the time to ditch your diesel car? Read more about the pros, cons and future of diesel vehicles.