Fuel prices are one of the biggest issues for motorists, so it’s worth doing all you can to make the most of every litre.

To cut your costs it’s important you know all the tricks in the book including how to save fuel, and which driving technique helps to save fuel.

Some cars are more fuel efficient than others and a car’s fuel efficiency rating is measured by its MPG - or miles per gallon - but there are lots of things you can do also to save money on fuel. 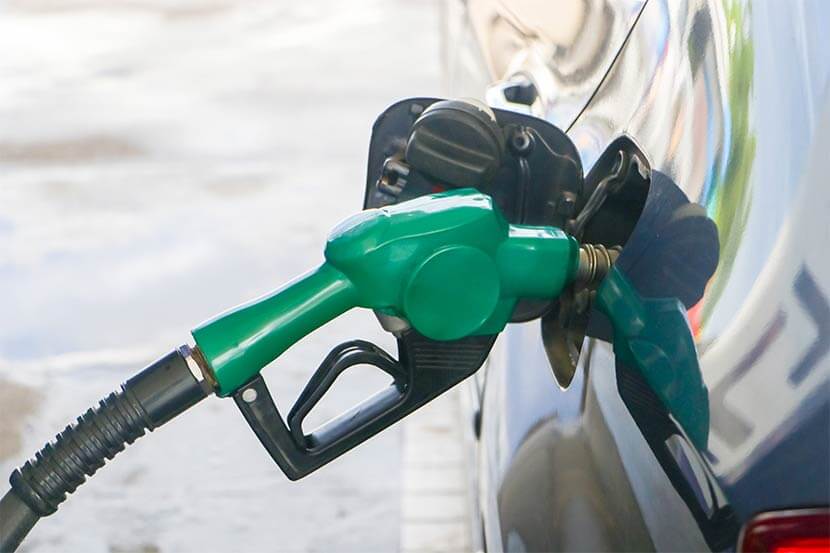 Before we look at how to save on costs and tips for fuel efficiency, let’s look at why the price of fuel is so high in the first place.

Why is fuel so expensive?

The price of petrol in the UK is among the most expensive in the world.

Crude oil is bought by retailers on the global market, where prices might fluctuate with supply and demand. Exchange rates are likely to have an effect on prices too.

According to PetrolPrices.com, the cost of crude oil accounts for about 20p out of a £1 litre of fuel.

So what makes up the rest? The answer (mostly) is tax. UK fuel duty, at 57.95p per litre, is one of the highest in the world. On top of this is VAT, which currently sits at 20%.

This means there's a total tax cost of about 75p on every £1 litre of fuel. The final segment - the remaining 5p - goes to the retailer. That 5p covers their operating costs and profit.

How can I reduce my fuel costs?

With the government unlikely to reduce fuel duty any time soon, it's worth thinking about how you can use less fuel.

There are also lots of other things you can do to reduce your costs.

Not only do you save yourself a pretty penny or two, but making the most of your fuel reduces the carbon emissions of your car, helping the planet.

How can you avoid wasting fuel?

Here we look at some of the best ways to increase your fuel efficiency and to save on petrol.

Keeping your vehicle in a good condition should help to cut costs. This includes booking it for regular services and getting things fixed when they’re not working properly.

Remove your roof rack when you're not using it and get rid of any rubbish in the car.

Footballs, deckchairs, toys and so on might be handy from time to time, but they cost you money to transport.

Give your car boot a clear out and keep it light. More weight means more fuel to pull it up those hills.

Inflate tyres to the correct pressure

If you don’t know whether you have the correct tyre pressure your fuel economy should tip you off.

Only topping up with what you need and avoiding having a full tank means the fuel you do have goes slightly further.

To make it easier to judge the correct amount of fuel, keep a notebook in the glove box, or keep a record on your phone.

When you fill up, write down how much fuel you put in to get from A to B. Note this in litres, not in pounds, as the price is always changing.

Some fuel tanks can take up to 109 litres, so that’s a significant amount of extra weight to carry around. You wouldn’t leave 109 litres worth of bottled water in your boot, would you?

Go easy on the accelerator

Your driving style might have a big impact on how much petrol or diesel you use.

Try to keep your driving smooth. Gentle acceleration and using the highest safe gear should use less fuel.

What’s more, when you approach traffic lights, ease off the accelerator early if the lights are red. Why hurry just to wait?

This is sometimes called 'defensive driving'. Not only should it help you use less fuel, but it tends to be safer too. And, if you’re driving with a black box device in the car, defensive driving could also help your car insurance costs.

Running your engine at idle consumes roughly half a gallon to about a gallon of fuel every hour, not to mention the carbon dioxide pumped into the atmosphere.

With modern cars being more efficient nowadays, you're likely to burn less fuel by simply turning off your engine, then restarting it when you have to move again. Plus, leaving your engine idle for too long is illegal.

If you have it, use the engine stop-start

If your car has a stop-start engine, use it. Keeping your foot on the clutch when you stop at traffic lights might keep burning fuel.

But if you take your foot off while the car is in neutral, the car's stop-start system should kick in, saving you fuel and money.

Why is it bad to coast when driving downhill?

Many people used to try to save fuel by coasting – that’s rolling downhill out of gear. While it’s true that it probably won’t cost you extra, nowadays it won’t save you fuel either.

Modern cars have electronic control units (ECUs) so your car uses less fuel when going downhill. Coasting in general isn't safe, since it means you have less control of your car and you're likely to travel faster as you go downhill.

Does air con use petrol?

Yes! Every time you go to cool down your car with the air conditioning, you’re also reducing your fuel. It’s the same for your heating. So, only use both of these if you really need to. Both use engine power to work properly and therefore increase your fuel consumption.

Combine journeys into one round trip

Instead of making several one-off trips, try to combine them into one round trip for better fuel efficiency. When your engine has been on and is warmed up, it should be most fuel efficient. But starting when cold, and it’s been off for a while, might use up more energy and fuel.

When it's warm in the car, do you roll the windows down or switch the air conditioning on?

Either way could cost you, depending on your speed.

Air conditioning uses fuel. But having the windows down causes drag, which uses up fuel too.

But when driving on the motorway, it’s the other way around. So, turn on the climate control and roll the windows up. The tipping point for this is around 30 mph.

Know how much you really spend on fuel

Knowing how much your car is costing you to run is the first step to shaving a few pounds off your bill.

Check out our fuel cost calculator to see just how much you're spending on petrol or diesel each week, month and year.

Find a cheaper place to get petrol

If you find your local petrol station is costing the earth, you might find that there’s one a few miles down the road that is a little cheaper.