Skip navigation
Retrieve a Quote My account
You are here:
18 Jun 2020

How to reduce the risk of burst pipes 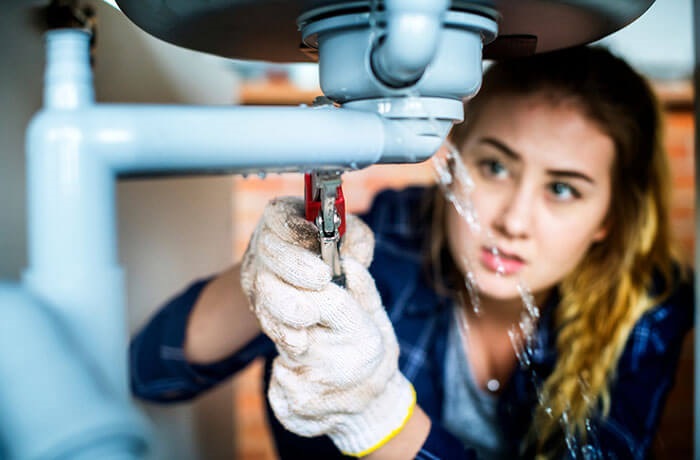 Suddenly discovering your pipes have burst and you've got a flood of water in your home can be a nightmare scenario.

Read on to find out what to do when your pipes burst, and what steps you can take to help prepare your pipes for the winter.

READ MORE: How to claim on your home insurance policy

What to do when your pipes burst?

If your pipes burst, one of the most important steps to take is to ensure that the water supply into your home is turned off.

You'll need to find the stop tap, or stop cock as it's sometimes called, inside your home and turn it off. This will stop any more water from entering the pipes.

Next up, turn off your central heating system and boiler, including the immersion heater if you have one.

If the burst pipe is located close to an electrical supply, such as switches, sockets or fuse boxes, it's advisable to turn off the electrics at the mains too, as water and electrics are never a good combination.

Even though you'll have turned your water supply off, any water that was already in the pipes will remain there and runs the risk of causing further flooding, so you'll need to get as much of the water out of the system in a safe and controlled manner.

The best way to do this is to turn on the taps in your home and drain the water from your system. Flushing the toilets can help too.

If you've got water dripping through a ceiling, put buckets underneath to catch the water. Water from a burst pipe can quickly cause unwanted damage in your home, so the more you can do to collect it, the better.

READ MORE: What is contents insurance?

Where can I find my stop tap?

If you've never had to use your stop tap or stopcock before, it's not unusual to have no clue where it is. As a general guide, most internal stop taps are located close to where your water supply pipe enters your home.

The exact location of your stop tap will inevitably vary – it depends in part on the type of property you have and when it was built - but there are some places where stop taps are commonly located. These include:

If you're still unsure where your stop tap is, ask a neighbour. The chances are, there's will be located in a similar place.

Which way do you turn a stop tap off?

As stop taps don't tend to be used very often, they can sometimes be hard or stiff to turn. Try wrapping a cloth around the tap to make it easier to turn. In order to ensure your water is turned off, you need to turn the stop tap in a clockwise direction.

To prepare for any potential water emergencies in the future, it's beneficial to check your stop tap once or twice a year to ensure it's in tip top condition and can be easily turned on and off.

Who should I contact if I have a burst pipe?

Once you've dealt with the initial emergency issues of turning off the water and collecting leaking water, contact your home insurance company, especially if your home has been damaged by the water.

Internal burst pipes are usually covered by your home insurance.

Your insurer will either arrange for a plumber to come and see the damage, or suggest you contact a professional plumber to fix the pipe. If the electrics are affected, you'll need to contact an electrician too.

READ MORE: How to deal with shoddy workmanship

How to prepare your pipes for cold weather

Burst pipes are a common reason for insurance claims in the winter months and can cause a lot of damage. However, there are practical ways you can reduce the risk of burst pipes occuring.

Pipes are very prone to bursting when the weather is freezing cold, so before the winter sets in, think about the methods you could adopt to help protect your pipes.

Some of the key things you can do include:

READ MORE: How to prepare your home for winter