Oil change! - how often do you need to change your engine oil?

Getting a regular oil change should give you better engine performance and efficiency. It could even extend the life of your car. But it's not something that many drivers think to do.

Here's how - and why - you change the oil in your car. 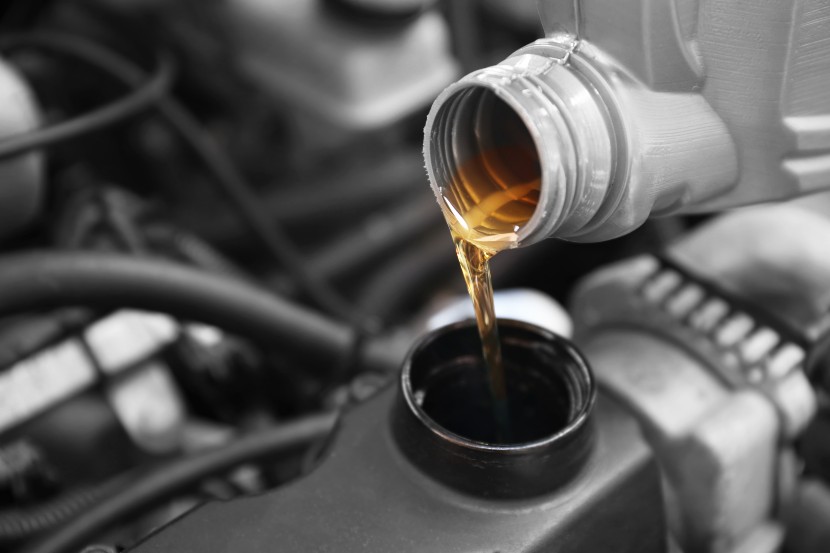 What is engine oil and what does it do?

Engine oil is made up of base oils and various additives specifically designed for your car’s internal combustion engine.

If you have a conventional car with an internal combustion engine, either running on diesel or petrol fuel, engine oil is a must.

Your car needs engine oil to work well, otherwise, the combustion process isn't efficient. At the extreme, a lack of oil could lead to the engine’s metal parts rubbing against each other and causing serious damage.

Here’s what engine oil does for your engine:

This is the most important function of engine oil, though by no means the only one. Keeping the parts well lubricated should reduce the costs of maintenance.

Some of the additives in engine oil help reduce corrosion, which occurs inside the engine over time due to the combustion process.

Why do I need to change oil in my engine?

If you have a car with an internal combustion engine, it’s vital to get an oil change done regularly. Like renewing your car insurance policy, a regular oil change is something to keep in mind.

Here’s what makes an oil change so important:

Using old engine oil or waiting too long between oil changes means the oil can become far less effective in its critical functions like lubrication and cleaning. It all adds up to less horsepower, reducing the engine’s acceleration capacity and top speed.

A lack of proper lubrication easily leads to too much friction between metal engine parts and excess heat in the engine. Not doing a regular oil change service also means the engine starts getting clogged up with impurities.

Without a timely oil change, you could find the engine starts to run much slower, which in turn means you need to fill up with petrol more often. The increased friction and dirt in the engine means you’re highly likely to see a big drop in fuel efficiency, getting fewer miles per gallon of petrol out of your car. It’s the last thing you want, especially when petrol prices are high.

Excessive rubbing between engine parts means they’re likely to wear out much more quickly. A regular oil change service gives you a well-lubricated, cleaner engine, so you’re extending the life of the car and potentially reducing ongoing maintenance costs as well.

Using old engine oil means your car’s emissions are likely to be dirtier than if you get a regular oil change done. You don’t want the fumes from your car’s combustion engine to be any worse than they have to be.

What is synthetic oil?

Synthetic oil contains additives designed to improve engine performance and allow it to operate more effectively at extreme temperatures, including the coldest days of winter. The additives in synthetic oil and the exact synthesis process for making it can vary according to the producer.

Is synthetic oil worth it?

Synthetic oil producers will say it’s worth it but ultimately it’s up to you to decide. Synthetic oil costs significantly more than standard oil but that difference can be quite a small proportion of the overall cost of getting a full service done on your car at a garage – when an oil and filter change are often included as standard. On that basis, it probably is worth paying a little more to get synthetic oil as part of an overall car service.

How can I tell if I need an oil change?

Engine oil steadily loses its power to lubricate and clean your engine. Here are some ways to tell if you need an oil change:

If you have a modern car, a dashboard warning light should be displayed if there’s not enough engine oil – a key sign that an oil change is needed.

You can check the engine oil dipstick under your bonnet – use the vehicle manual to help locate the oil cap and dipstick. When you remove the dipstick, you should find the oil level on it between the 2 lines. If it’s below the lower mark, there’s not enough engine oil, which suggests an oil change is required.

When you do a dipstick test, the engine oil should be an amber colour. If it’s dark in colour then it’s time for an oil change – the engine oil has become clogged up with impurities and dirt.

Another sign that an oil change is needed is if you’re getting fewer miles per gallon out of the car. Running the car on dirty, old engine oil or with not enough engine oil will make the car less efficient, so you’re likely filling up the petrol tank more often and spending more on fuel than you should.

How often do I need an oil change?

Car manufacturers recommend getting an oil change done at regular intervals, according to the number of miles covered. The recommended mileage intervals depend on your vehicle’s make, model and age as well as the type of engine oil being used.

As engine technology has advanced, the recommended length between oil changes has generally got longer. In the past, the standard was to get an oil change done every 3,000 miles but the manufacturers of modern internal combustion engine cars say that’s no longer necessary.

With modern cars, manufacturers typically recommend one of the following:

Oil change light - what does it mean?

If you notice the oil change light on your car’s dashboard stays on while you’re driving, it’s telling you that either the engine oil, oil filter or both need to be changed. At the least, you should expect the light to come on at the recommended oil change mileage interval for your particular car’s make and model.

How do I change the oil in my car?

You should make sure your car has a regular oil and filter change. It’s your choice as to whether you:

Get a garage to do an oil and filter change

Do the oil change yourself

It’s really up to you whether you think this is even an option. You might find it’s either a walk in the park or a nightmare. Engine DIY isn’t for everyone but if you’re comfortable with working on the car and getting your hands a little dirty, it could be worth considering.

How much does an oil change cost?

The price for an oil change service varies depending on the type of oil you choose, the make and model of your car as well as the garage you use and its location. Prices for an oil change start from £25, though many people also get the filter changed and opt for getting a full service done on the car at the same time.

How much for an oil and filter change?

How long does an oil change take?

You should find an oil change takes something in the range of 20-45 minutes.

This might seem longer than you would expect – much of this time is spent waiting for the old oil to drain out of the system before the new engine oil can be poured in.

Here’s a step-by-step guide to changing your engine oil:

1. Raise your car off the ground

We did say changing the oil wasn’t for everyone – you have to get underneath the car to do it. The car needs to be raised off the ground safely, whether this is using a hoist, ramps or jack stands. You then need to remove the cover from the oil pan – this is the container attached to the engine that holds the engine oil.

2. Drain away the old oil

You now need to unplug the oil pan to drain all the old oil out of your car. You need a large container to catch all this old oil – a 5-gallon bucket/ oil drain pan should work.

3. Replace your filter and plug the oil pan

If you’re changing the oil, it makes sense to change the filter at the same time. It’s a cylindrical component attached to the engine, which you simply need to turn anticlockwise to unscrew. Once all the old oil has drained out of the oil pan, you must also now replace the oil plug securely. You don’t want the new oil leaking everywhere once you fill it up again. You’re now also ready to screw on the new oil filter to the engine.

4. Lower your car and pour the oil

First, you need to re-secure the cover over the oil pan and lower the car back to the ground. You’re now ready to fill the car up with the new engine oil. Open the bonnet and look for the cap on the oil container. Once you’ve unscrewed the cap, you can pour in the new engine oil using a funnel. Wait a few minutes for the oil to settle and then check the oil level using the dipstick.