How to cancel your car tax and get a refund

Selling your car? Here's how you cancel your car tax and get a refund. 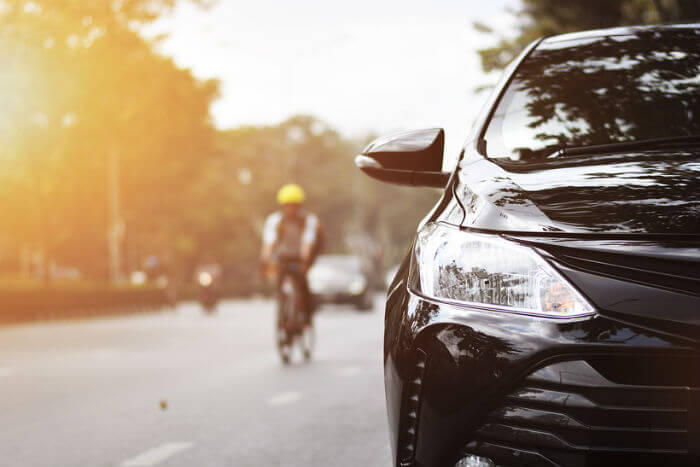 The way car tax works in the UK has changed recently. The changes mean that anyone who sells a vehicle needs to take action to ensure they don’t end up out of pocket.

In October 2014, the coalition government updated the vehicle excise duty (VED) system with a number of changes.

The one that grabbed the most attention at the time was the decision to abolish the tax disc. Since then, drivers have not had to display a disc on their windscreen to show that the tax on their car is up to date.

But for anyone selling a vehicle, another change has proved even more important. Since 2014, the VED that has been paid on a vehicle can no longer be transferred to a car’s buyer.

This means that buyers have to pay VED on a new car before they drive it away. The previous owner should also claim back any unused tax.

Sell your car quickly and easily

How the old system worked

Before October 2014, anyone buying a used, taxed vehicle would benefit from the VED that applied to the car at the time.

So, for example, if a car was sold in June but had been taxed until the start of the next calendar year, the buyer would get six months’ worth of VED for free.

In many cases, of course, the seller would up the selling price of the vehicle to reflect the free tax.

Read more: Ultra low emissions zone: What does it mean for motorists? 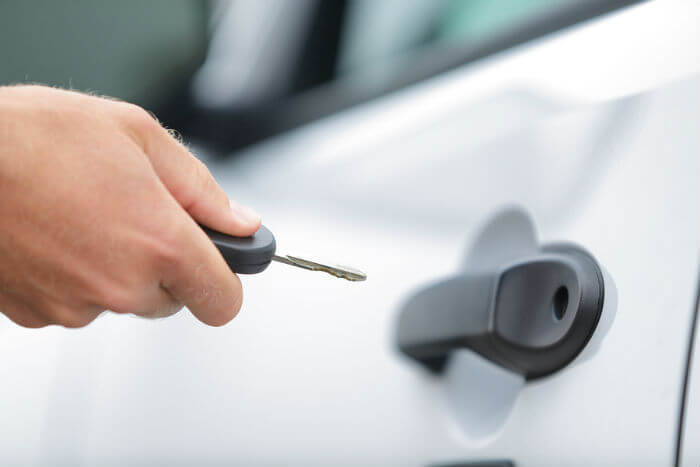 But the 2014 change means that it is up to the current owner of a vehicle to ensure it’s taxed.

So, when a car changes hands, the new owner must make sure they have bought VED for their car from the day they buy it.

As soon as the buyer has become the owner of the car, in the eyes of the Driver and Vehicle Licensing Agency (DVLA), they are responsible for the tax.

Any tax paid for by the previous owner ceases to have legal effect. Anyone who drives – or even takes possession of – a newly acquired vehicle without first buying VED could be fined £80. If they ignore the initial fine, they could be fined up to £1,000.

The new system means that the new and the old owner will both have to pay tax on the vehicle in the same month.

Unless someone buys a car right on the last day of the month, of course. VED applies from the start of the month in which the car is bought. And sellers can only reclaim unused tax for any full months after they’ve sold the car.

When you sell a vehicle, you should contact the DVLA as soon as possible to let them know. Start on the GOV.UK website.

This will make sure that you have given the green ‘new keeper’ slip from your log book to the car’s buyer.

The DVLA will ask you to destroy the rest of the log book, and they’ll then email you to confirm you are no longer the vehicle’s registered owner.

They will also send you a refund cheque for any full months left on the car’s tax. The refund will be for that year or six-month period, depending on how you originally bought your VED.

So, let’s say you paid for a full year’s VED in March but you then sell the car a few months later in July.

As long as you let the DVLA know about the sale before the end of July, you will be entitled to a refund for seven full months. That’s from August to February inclusive.

If you pay your VED by direct debit, the DVLA will cancel any future payments once you let them know that the car has been sold.

The date you tell the DVLA about the sale is crucial. If you sell a car in July but don’t tell them until the following month, you could miss out on a refund for August’s tax. 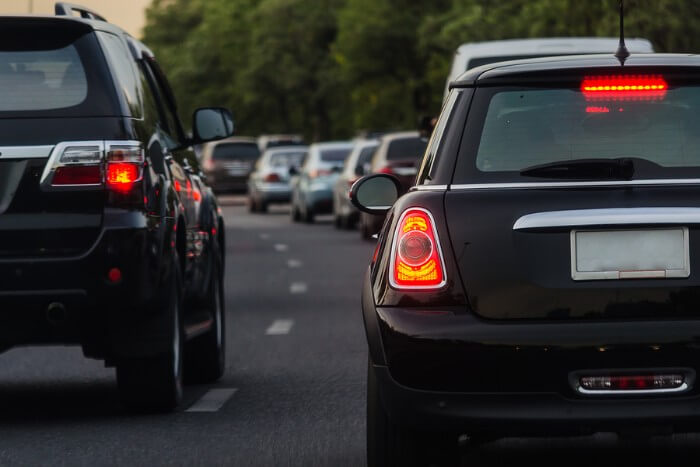 Other reasons to cancel VED

Selling a car isn’t the only reason you might be able to claim a tax refund.

If you are taking the car off the road and not using it for a while then you can let the DVLA know by using a Statutory Off Road Notification, also known as SORN.

It could be really useful if you’re heading off to work abroad for a few months, for example. This part of the government website will help you get started.

Just like with selling a vehicle, you will be able to get a refund of any full months’ tax left on the car. However, you won’t be able to use the car again until you tax it.

Other reasons you might want to claim back unused tax include your car being written off following an accident, or if it’s scrapped at a car scrapyard. For more information you can visit GOV.UK.

Read more: How to SORN your vehicle

What happens if your refund doesn’t arrive?

The DVLA says that if you’re selling a car, you should receive a tax refund cheque in the post within six weeks of telling them that it’s been sold or taken off the road.

If you haven’t had anything after six weeks, you can call the DVLA on 0300 790 6802 or get in touch in other ways. Calls should cost no more than 10p a minute from a UK landline. 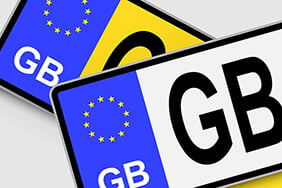 How to keep your number plate when you sell your car

How do you keep your personalized number plate once you've sold your car? Read our guide to find out. 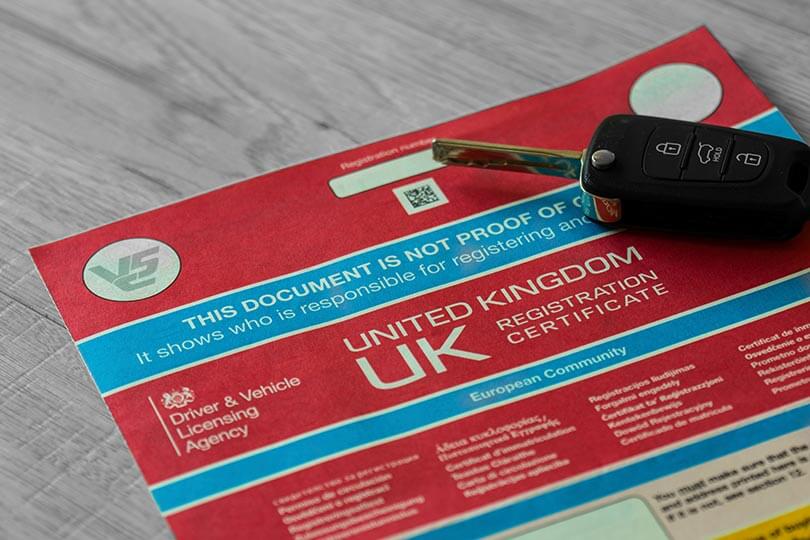 Can I sell my car without a V5C log book?

So you're looking to sell your car but there’s a stumbling block: The V5C is nowhere to be found. What should you do? 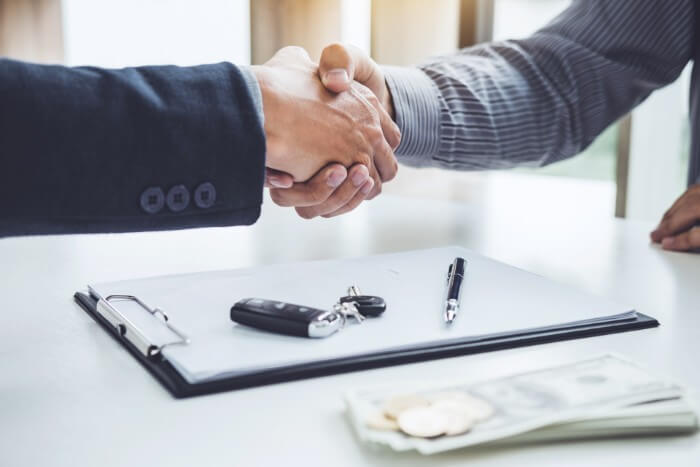 How to part exchange your car

Looking to get rid of your old motor and swap it for a shiny new one? Here's what you do. 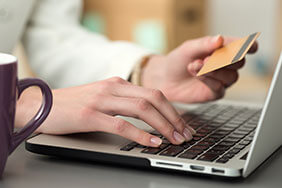 Many drivers now choose to sell their vehicle online. Read our guide and avoid getting conned. 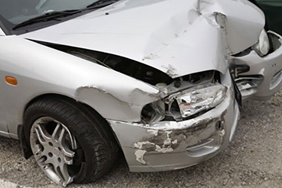 How to scrap your car

Scrapping your car for cash might be an option if it becomes too expensive to keep it road-worthy.