Skip navigation
Retrieve a Quote My account
You are here:
21 Jul 2021

Driving law changes you might have missed during lockdown 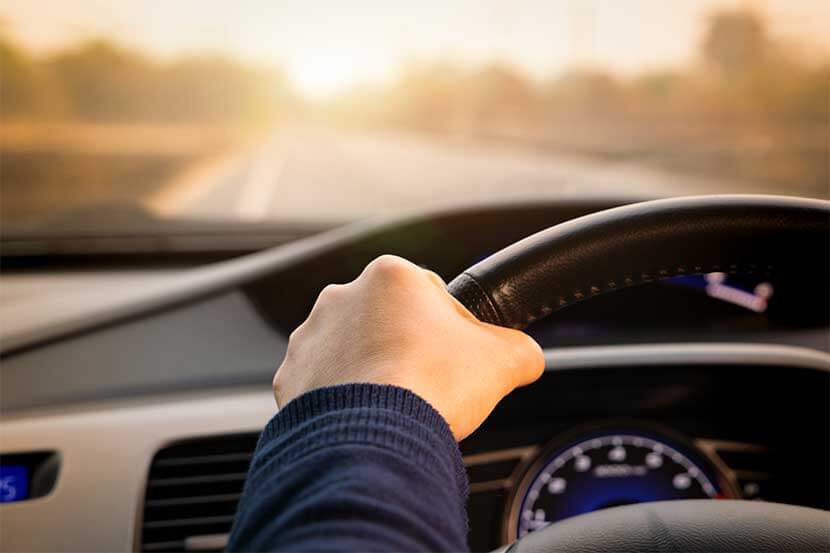 We look at the motoring laws you might have missed this year.

Since the start of the pandemic, a lot has changed in the motoring world.

From green cards to new types of fuel, here are the driving laws you might have missed.

Smart motorways have been hotly debated by safety campaigners over the last few years.

The concern centres around using the hard shoulder as a running lane. Using it in this way means there’s no dedicated space for drivers to pull into if there’s an emergency.

In response, Highways England announced changes to the Highway Code, making it illegal to drive in a lane marked with a red X.

The red X means a vehicle has broken down in the hard shoulder, so drivers shouldn’t drive here.

They also launched their ‘go left’ campaign, which contains guidance on what to do if you break down on a smart motorway.

For more information, read our guide on smart motorways.

The Welsh government is introducing a new law to limit the speed in all residential areas to 20 mph.

This goes hand in hand with their pavement parking ban, which was announced in 2020.

Initially the speed limit will launch in eight areas to investigate any unforeseen issues.

if it’s successful, the Welsh government will roll out the speed limit nationally in 2023.

Similar initiatives are being rolled out in London, Warwickshire and Shropshire.

Changes to green cards and travel to the EU

A green card is a way to prove your car is insured to drive abroad.

This has been a hotly debated topic. When the UK first left the EU, it was mandatory to have a green card to drive in the EU.

This has now been scrapped, and UK residents don’t need a green card to travel to the EU.

The decision has been welcomed by the Association of British Insurers (ABI). Huw Evans, the Director General of the ABI said:

“This is excellent news. We have long campaigned for the UK to be part of the Green Card Free Circulation Zone so we warmly welcome the decision by the European Commission today.

“The Commission has taken a pragmatic approach on the matter.

"UK drivers will no longer need to apply for a green card through their insurer which will help reduce bureaucracy for drivers and road hauliers travelling between the UK and EU.

“It will be especially welcomed by motorists in Northern Ireland driving across the border to the Republic of Ireland.”

There are still documents you need to take though. If you're taking your own car and your trip is less than 12 months, you'll need to take your V5C logbook with you.

If it's a car you've hired or leased, you'll need to take VE103 form which proves you can take it out of the UK.

For more information on this visit GOV.UK.

In some cases, you might need an international driving permit.

Stricter penalties for mobile phone use

The government has closed a loophole that meant people could get away with taking photos or videos while driving.

So, in 2021, you could get a £200 fine and six points on your licence if you’re caught holding your phone or sat nav while you’re driving.

For more information, check out our guide on driving with mobile phones and the law.

Low Emission Zones are areas of a city that charge vehicles with high emissions to enter. They’re usually found in areas that have high levels of pollution.

Some Low Emission Zones were planned for 2020 but were delayed due to the coronavirus pandemic. Here’s the latest:

You can enter the zone with no charge if your vehicle is:

You can see if your vehicle can travel in the ULEZ by using the Transport for London (TFL) vehicle checker.

Only vehicles with zero emissions will be able to drive in the Oxord Zero Emissions Zone.

E10 fuel proposed for this year

The fuel aims to reduce carbon emissions. It's estimated that using E10 is the equivalent of taking 350,000 cars off the road.

Almost all cars, 95% in fact, can use the new E10 fuel. But some vehicles made before 2011 could be affected. To check if your vehicle can use E10, use the GOV.UK vehicle checker tool.

For more information, read our guide on the introduction of E10 fuel.

Automatic Lane Keeping Systems (ALKS) keep cars in lane automatically at low speeds. And for the first time, drivers will be able to delegate control of the vehicle.

Earlier this year, the government announced that ALK systems are an example of ‘self-driving’ vehicle technology.

The Association of British Insurers has debated this, saying it could potentially be misleading for drivers.

By declaring the system as self-driving, drivers may feel they can switch off behind the wheel. When in fact, they still need to be able to regain control of the vehicle at any time.

The government says that the first cars with ALK technology could be on our roads by the end of this year.

The idea behind the plates is to promote green vehicles by making them more visible.

Vehicles with these plates could access cheaper parking and free entry into Low Emission Zones.

The new plates will have a green stripe or flash on the left-hand side of the plate.

Looking further ahead, in 2022, speed limiters will be mandatory in all new cars.

The speed limiter – known as an Intelligent Speed Assistant system (ISA) – alerts drivers if they’re going too fast. If the driver doesn’t slow their speed the car will intervene.

The limiter can be overridden in some circumstances, for example if you’re overtaking. For more information, take a look at our guide on mandatory speed limiters.