Before you even think of having that cheeky beer after work, educate yourself on what the law says about drink-driving. 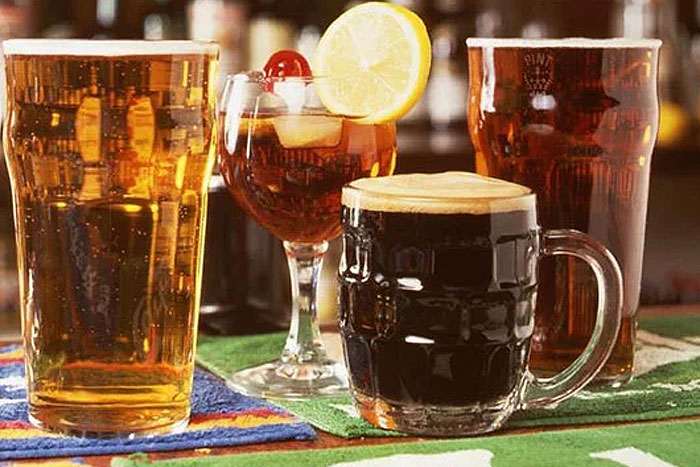 Let’s start with the obvious:

But some are still muddled about the specifics on how much they can drink and still be able to hop in the car.

In the interest of clearing up the confusion, here's what you need to know.

What is the drink-drive limit?

In England and Wales, you’re considered over the limit if you have over:

In Scotland, these limits are lower and more in line with other European countries:

So what’s this in real money?

As a rule of thumb, two pints of regular-strength lager or two small glasses of wine would put you over the limit.

But this isn’t a catch-all rule. Factors like your weight, sex, metabolism and how much you’ve eaten all contribute to how your body processes alcohol, so everyone has different limits.

READ MORE: How long until I'm sober? The morning after calculator

Check your levels before driving

Though not a legal requirement in the UK, it’s a sensible idea to keep a breathalyser kit in your car. They’re  a quick and easy way to let you know if you’re over the limit.

Keep in mind that you still might not be safe to drive the morning after. You might feel fine, but there still might be enough alcohol in your system to put you over the limit.

Alternatives to driving after having a drink

Luckily there are plenty of ways for you to get home after a few drinks.

As well as public transport, sober friends and taxis, there are services like Scooterman who will drive you and your car home safely.

The chauffeur arrives in a foldable scooter that’s stored in your boot while they’re driving you home. They’re also insured to drive your car so everything is above board.

You might be tempted to kip in your car if you can't make it home. However, being drunk and in charge of a car is illegal, even if you aren't driving.

READ MORE: Work out how much you've had with this alcohol unit calculator

What are the consequences of drink-driving?

The punishment for driving under the influence is severe.

You’ll be banned from driving for a minimum of 12 months. If you’re convicted twice in 10 years, this goes up to three years.

You could also be put in prison for up to six months, and be forced to pay a hefty fine.

The punishments for similar offences, like being in charge of a vehicle while drunk, are noted on GOV.UK.

What if you decide to cycle home after a night at the pub? What if you’re riding in a roadworthy mobility scooter?

The legislation for drink-driving applies to all “mechanically propelled vehicles” e.g. cars, motorbikes and vans.

However, bicycles are not mechanically propelled, and mobility scooters are classed as “invalid carriages”.

Neither require a driving licence, tax or insurance to use, and neither come under the same legislation that applies to cars.

While the strict laws around drink-driving don’t apply to cyclists, it’s still an offence to ride a bicycle “while unfit to ride through drink or drugs”.

As for mobility scooters, you are required to follow the Highway Code when driving one on the road.

This means that drink-driving laws apply to you the same as a car driver.

READ MORE: What are the effects of different drugs on my driving?

What are the insurance implications of drink-driving?

Most insurers will have a clause stating that if you’re in an accident while driving over the limit or unfit to drive through drink or drugs, your cover is invalid.

This means that you’re not entitled to any payout from your insurer, and any other costs involved - eg a damage claim from another driver - would be your responsibility.

Having a drink-driving conviction will also mean you’re likely to see a sizable increase in your insurance prices, and some insurers may refuse to cover you.

If you’re a passenger in a car with a drink-driver and you’re involved in an accident, any compensation you’d be entitled to could be reduced.

There’s quite a lot of legislation and policy rulings around drink-driving, so let’s keep this simple: