Skip navigation
Retrieve a Quote My account
You are here:
25 Jun 2021

What are the rules for new drivers? 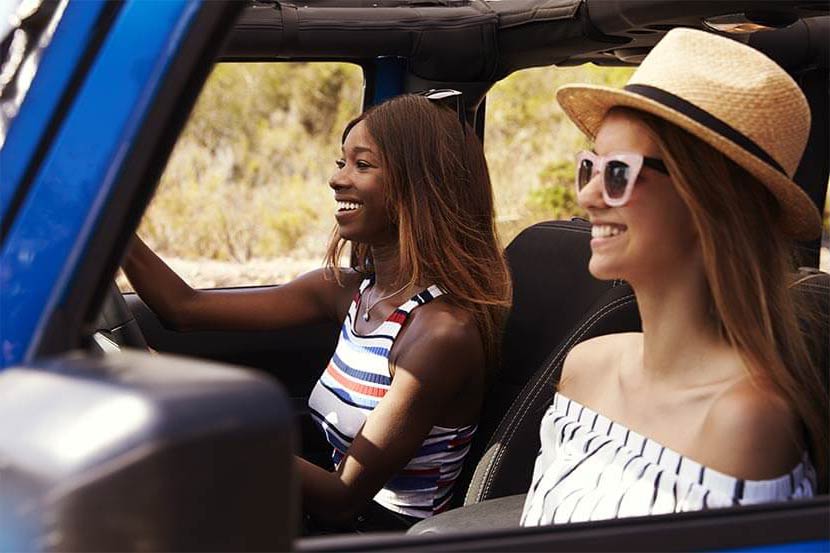 You’ve passed your test and it’s time to hit the road on your own. But are there rules for new drivers that you need to obey?

Nothing beats the excitement of passing your driving test. You can finally drive without supervision and are no longer reliant on people giving you lifts.

However, there is a serious potential downside.

One in five new drivers crash within 12 months of passing their test and 1,500 are killed or seriously injured every year on UK roads, according to statistics.

Here we take a look at the regulations for younger drivers – and how they can be safer on the roads.

Can a new driver have passengers?

"If you are driving with passengers, you are responsible for their safety. Don’t let them distract you or encourage you to take risks.

"Tell your passengers that you need to concentrate if you are to get to your destination safely."

So, yes, new drivers can have passengers as long as they don't cause a distraction. The only limit is the number of people the car can legally carry.

Are there any restrictions on new drivers?

Not at the moment. Campaign groups have called for Graduated Driver Licensing (GDL) to be introduced that would place restrictions on new drivers.

This could have included driving curfews at night or limits on the age of passengers being carried for 12 months after passing a test.

However, there are no plans to introduce such a scheme at the moment, although the authorities are still considering GDL in Northern Ireland.

In a report from the House of Commons Transport Committee which investigated the issue, Huw Merriman MP, the committee’s chair, said GDL wasn’t being recommended.

“Committee balanced the current work of the Department with the lack of evidence demonstrating the impact of GDL on the economic and social prospects of young people at this time, particularly in rural areas,” he stated.

What are the penalties for new drivers?

Under the New Drivers Act, your licence will be revoked if you get six penalty points on your licence within two years of passing your test. You will then need to pass both the theory and practical again.

How many passengers can a new driver have?

There can be as many passengers in the vehicle as it can legally hold.

Can you drive on a provisional licence with passengers?

Yes, you can have passengers on a provisional licence.

Can you take passengers when you pass your test?

Not at the moment, due to coronavirus and social distancing. However, you can normally observe a driving test if you’re over 16-years-old. But you will need to follow strict rules.

Observers can’t answer their phones, prompt the candidate by coughing or nudging the back of their seat, or do anything that could be seen as a pre-arranged code.

Earlier this year, a report published by the House of Commons Transport Committee found young drivers were “Over-represented” in statistics for fatal and serious crashes.

“In 2019 young drivers made up 7% of all licence holders but were involved in 16% of fatal and serious crashes,” it read.

The figures revealed 88 drivers aged 17 to 24-years-old were killed and a further 1,234 behind the wheel were seriously injured.

“In total, 287 people—including passengers and pedestrians—were killed in crashes involving a young car driver,” it added.

However, the longer-term trends are more encouraging. In 2005, there were 2,727 young drivers killed and seriously injured. The numbers have been around their current levels since 2012.

What are the risks for new drivers?

The high level of risk associated with young drivers is due to youth and inexperience, according to Brake, the road safety charity.

“Their inexperience means they have less ability to spot hazards, and their youth means they are particularly likely to take risks like dangerous overtaking or speeding,” it states.

The key problem areas include:

Driver 2020 is a research project that’s looking at different ways to make younger drivers safer, more confident, and more skilful in their first year behind the wheel.

A progress update and preliminary findings of its research into telematic technology to improve road safety is due by July 2021.

While there are no restrictions placed on new drivers, there is a safety code that can be found in Annex 8 of the Highway Code.

Avoid driving at night. Many of the worst collisions happen between midnight and 6am.

Don’t let passengers distract you. You are responsible for their safety so warn them you need to concentrate.

Never show off. Don’t try to compete with other drivers on the road.

Never drive after alcohol or drugs. Anything in your system can impair your abilities behind the wheel. This includes over-the-counter medicines.

Ensure everyone is wearing a seat belt. Remember, their safety is your responsibility.

Don’t speed. Many serious crashes happen because drivers lose control, especially around bends when they’ve misjudged the speed and handling.

Avoid powerful cars. Don’t get behind the wheel of a high-performance car until you’ve had plenty of driving experience.

Compare quotes for learner drivers or get short-term cover.

More about learning to drive